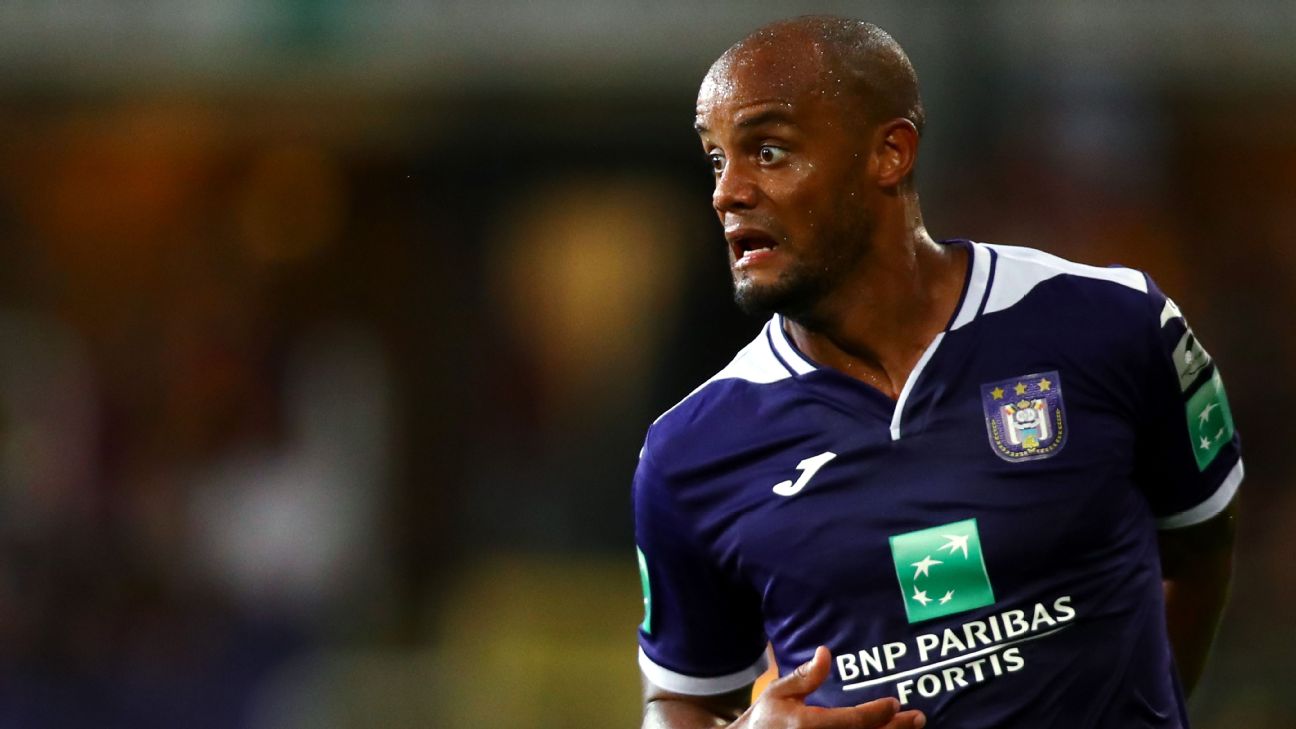 
Former Manchester City defender Vincent Kompany has been ruled out of his own testimonial after suffering a hamstring injury.

The Belgium defender, who left City to become player-manager at Anderlecht is back in Manchester for his testimonial on Wednesday, where he had to been due to play alongside former teammates in a clash against Premier League All-Star XI.

Kompany has been blighted by injuries in recent seasons. His tally of 17 Premier League appearances last season was the most in a single campaign since 2014-15, when he managed 25.

The four-time Premier League-winning captain played against some of the best defenders in the world during his 11 years at the Etihad Stadium but said he rates Liverpool’s Virgil van Dijk as the best because of the way the Netherlands international has transformed Liverpool.

“I go back to players that really impressed me when I played against them, central defenders, and I would bring it back to Virgil van Dijk,” Kompany said.

“It is a weird one because he hasn’t been on the scene for as long as John Terry or Rio Ferdinand but the signs he showed in the last few years, it shows if he had been at the top level for longer, he would be further.

“Being a defender is how you make your team more solid. The Liverpool before Van Dijk and after, it is a completely different set up.”

City manager Pep Guardiola could be forgiven for wishing he could still call on Kompany after he lost Aymeric Laporte to a knee injury during the victory over Brighton before the international break.

Guardiola is hopeful John Stones will be available to face Norwich at the weekend following a muscle injury otherwise he will be forced to field either Fernandinho or Kyle Walker in an unfamiliar position in the centre of defence.

“The key thing is by losing Laporte you lose a big player and I think with the big players especially, you need them in the bigger games so that’s where we’ll see [if it has an impact],” Kompany said. “But the key strength of this Manchester City team and what Pep has been able to do is that it is relying more on the system than the individuals.

Kompany ended his spell at City by lifting the domestic Treble. The only thing missing from his C.V. is the Champions League but said his former club will not have to wait too much longer to add it to their trophy haul under Guardiola.

“The Champions League will come,” Kompany said. “I said maybe eight years ago that winning the Premier League is inevitable because of the way people are working behind the scenes.

“If it was just about infrastructure and it looking fancy. I’d be more worried but because of how they work and the consistency of this club it would be ridiculous to bet against City winning the Champions League at some stage.