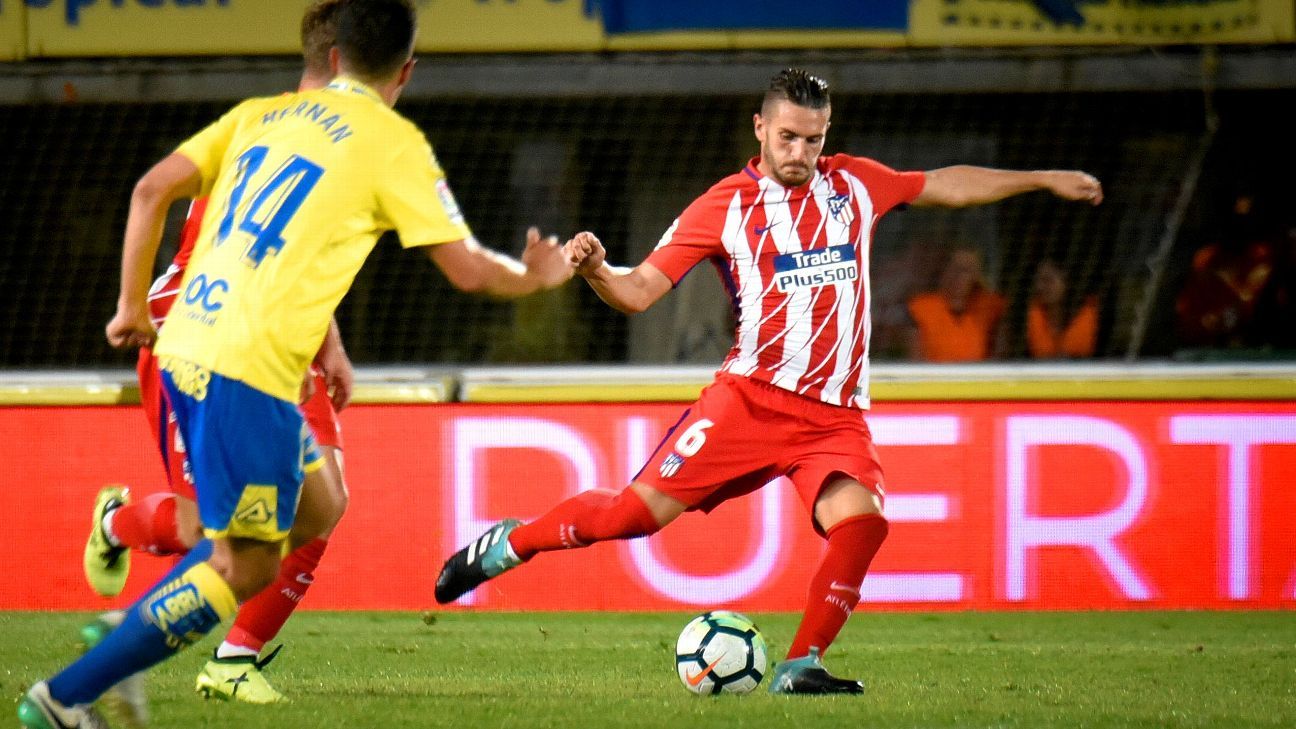 
A rampant Atletico Madrid emphatically bounced back from last week’s disappointing draw as they stormed to a 5-1 win away to Las Palmas on Saturday night. Two goals in the opening five minutes — from Angel Correa and Yannick Carrasco — sent Los Rojiblancos on their way as they dominated a one-sided first half.

After Jonathan Calleri pulled one back for the home side in the 58th minute, Atleti went up another gear and rarely looked troubled. Koke’s stunning double after half-time put the result beyond doubt. Jan Oblak saved a late penalty for Atleti before Thomas Partey put the icing on the cake in the 88th minute for a wonderful win that Diego Simeone will be hoping kick-starts their season.

Pressing high, composure on the ball and hard in the tackle. This was everything the draw at Girona was not. This is the type of game Atletico have been reliant on Antoine Griezmann in the past, but even with the Frenchman suspended they found a way to cope which bodes well.

It seems churlish given the result, but a clean sheet would have been nice given Las Palmas’ minimal threat.

8 — Positive 4-3-3 setup helped encourage barnstorming start and there can be no grumbles with a 5-1 win away from home.

GK Jan Oblak, 8 — Made a good save from Jonathan Viera’s effort on the edge of box at 2-0 before flinging himself to his right to keep out the same player’s penalty with 10 minutes to go.

DF Sime Vrsaljko, 7 — A generally impressive outing as he continues to come back from a knee ligament injury. To be uber critical he might have closed down the cross for the goal better, but was solid apart from that.

DF Jose Maria Gimenez, 8 — A different man alongside his compatriot. Had his hands full with Calleri but was calm, composed and won almost all his battles in a commanding display. Showed his versatility as he finished at right-back.

DF Diego Godin, 7 — The defence looked much better for his return. Loses a mark given he completely misjudged Momo’s cross — allowing Calleri to halve the deficit — but it was the only blot on his copy book.

DF Lucas Hernandez, 7 — Far more composed display after being given the run around last weekend.

MF Yannick Carrasco, 8 — The kind of game that makes you pray for more consistency from the Belgian. Brilliant finish for his goal to make it 2-0 and a couple of assists bagged in the second period. More of the same, please.

MF Koke, 9 — Helped make the first goal with a lovely ball around the corner, setting the tone for a commanding midfield display. His stunning double — comprising one long-range curler and an overhead kick — will be tough to beat this season.

MF Thomas Partey, 8 — Dynamic display from the Ghanaian, who looked as if he has a point to prove after being handed the No 5 jersey. Got the goal his performance deserved with a minute left on the clock.

MF Saul Niguez, 8 — It was his positive forward run that set up Carrasco for the second goal, but it was his understated display in the middle of the park that was most impressive. Was often tracking back, picking Las Palmas’ pockets and launching counters.

FW Angel Correa, 8 — Really stepped up in Griezmann’s absence early. The diminutive Argentine continued his impressive start to the season as he danced by three defenders before finishing to give Atleti the perfect start. He looked menacing throughout.

FW Luciano Vietto, 6 — Perhaps given a last chance to impress ahead of Thursday’s transfer deadline but could not do so. Worked hard but the side looked better without him on the pitch.

Gabi (for Vietto), 6 — Gave away a cheap penalty late on.

Fernando Torres (for Correa), 6 — Did not pose the same kind of threat as the man he replaced but provided a much better focal point to the attack than Vietto had done.

Stefan Savic (for Vrsaljko), NR — Slotted in well next to Godin for the final quarter of an hour.