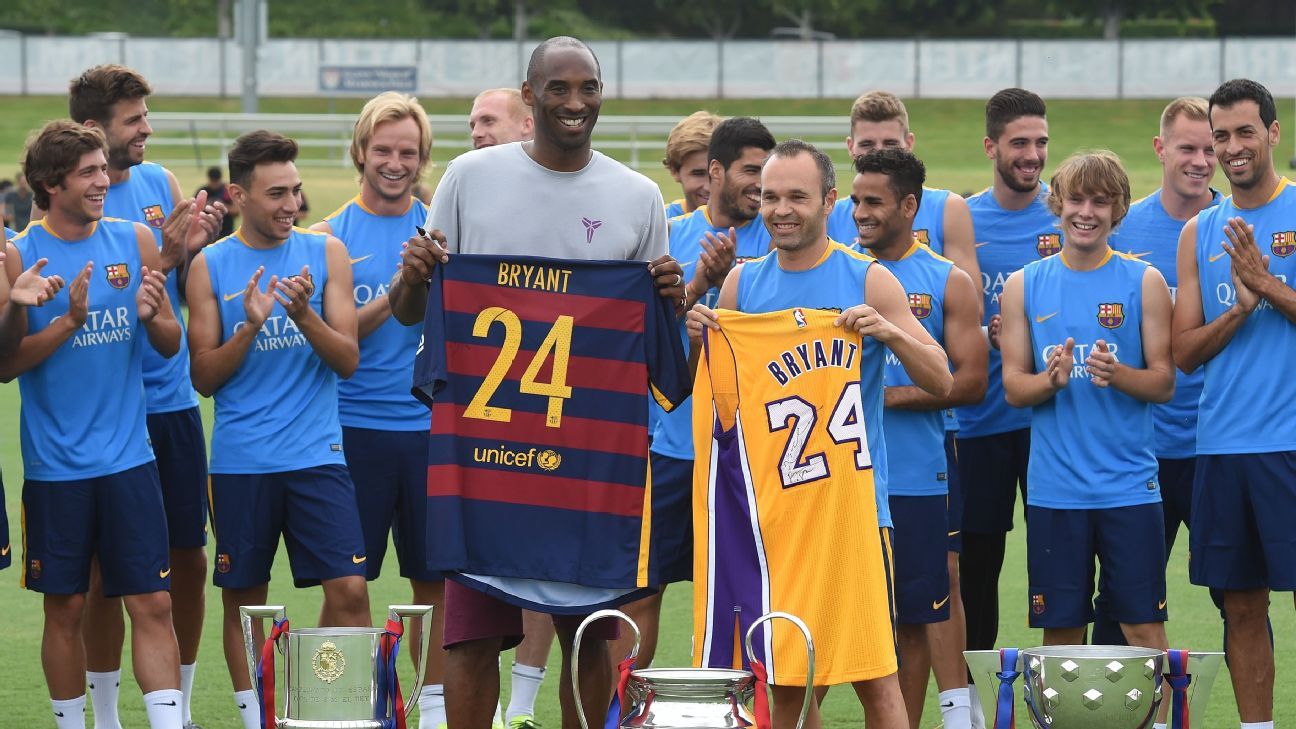 
When it comes to being a soccer fan, former NBA great Kobe Bryant says he has divided loyalties between Barcelona and AC Milan.

Bryant, a legendary basketball player for the LA Lakers who retired last year, says he still supports AC Milan — a result of having lived in Italy for seven years as a kid while his father, Joe Bryant, played professionally there.

But in recent years, he has also embraced Barcelona due to his friendships with former Blaugrana star Ronaldinho, and current icon Lionel Messi.

Speaking exclusively to ESPN FC via telephone while doing promotional work for the sports drink, BODYARMOR, Bryant said: “I still love AC Milan — though they don’t wear my brand of choice — and FC Barcelona. If you cut my arm open, man, you’d see four colors; blue and [garnet], and then you’d see red and black.”

At international level, there is no such conflict. Bryant says he supports the United States all the way, and is looking forward to the start of the CONCACAF Gold Cup, which starts in just over a week.

“It’s always exciting if you’re going to get a U.S. vs. Mexico matchup,” he said. “But I’m looking forward to it.