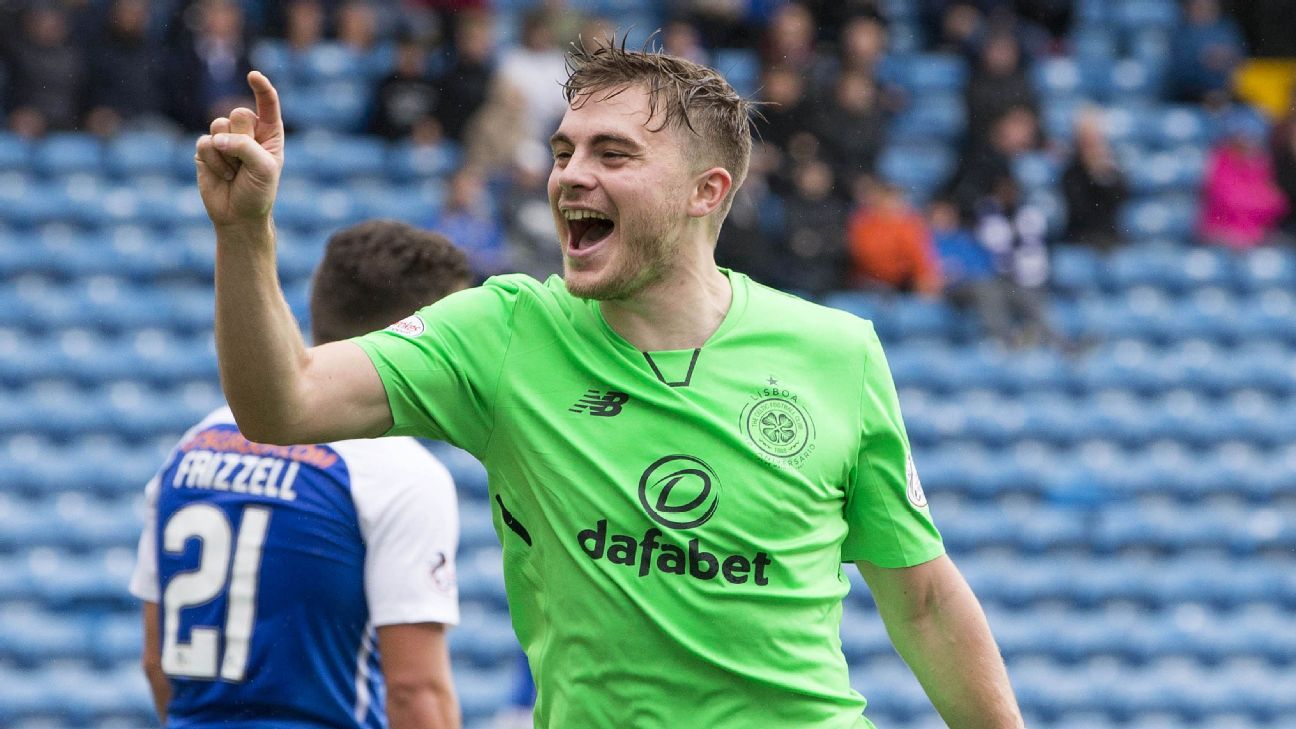 Goals from James Forrest and Callum McGregor gave a much-changed Celtic side a 2-0 Scottish Premiership win over Kilmarnock at Rugby Park.

Boss Brendan Rodgers had made eight changes for the 5-0 home thrashing of Killie in the cup earlier in the month and this time he opted for half a dozen.

Although the performance was not as impressive the Hoops were worth the three points courtesy of a smart finish just before the break by winger Forrest, taking over as main striker from Leigh Griffiths who started on the bench, and a late strike by midfielder McGregor.

Celtic remain unbeaten this season in all competitions they prepare to jet out to Kazakhstan for the second-leg of their Champions League playoff against Astana on Tuesday where they will take a surely unassailable 5-0 lead and confidence could hardly be higher.

Rodgers reshuffled his squad as expected.

Both started on the bench as Killie boss Lee McCulloch brought in Stephen O’Donnell, Steven Smith and Jordan Jones.

Parkhead left-back Kieran Tierney moved into the centre of defence and at 20 was the oldest in the back four which comprised Ralston, Ajer and Miller and they came under little pressure in the opening stages.

Celtic dictated the tempo without creating any clear-cut opportunities and Forrest, Tom Rogic and Benyu all had efforts from distance which left Killie keeper Jamie MacDonald untroubled.

There were occasional moments of panic in both penalty areas from crosses and corners but the game was drifting quietly towards the break when Celtic struck.

Rogic was the provider as he drove past Adam Frizzell too easily in the Killie penalty area to set up Forrest whose side-footed shot from eight yards beat MacDonald.

The Scotland international began the second-half by firing an angled-drive just over the bar but moments of excitement were few and far between.

Brophy replaced skipper Smith on the hour mark to make his debut but there was no discernible change to the pattern of play.

Celtic were relatively subdued but in control and in the 69th minute Miller drove into the Killie box to play a one-two with Armstrong before his toe-poked shot from 10 yards was saved by MacDonald.

Griffiths then replaced Forrest and Nir Bitton came on for Tierney and in the final minutes McCulloch’s side began to gamble in search of an equaliser.

However, in the 88th minute Rogic again was the provider as he strode forward before slipping the ball through to Griffiths, it seemed, only for it to break for McGregor who slipped it past MacDonald before taking the acclaim of a huge travelling support who are enjoying heady days at the Parkhead club.