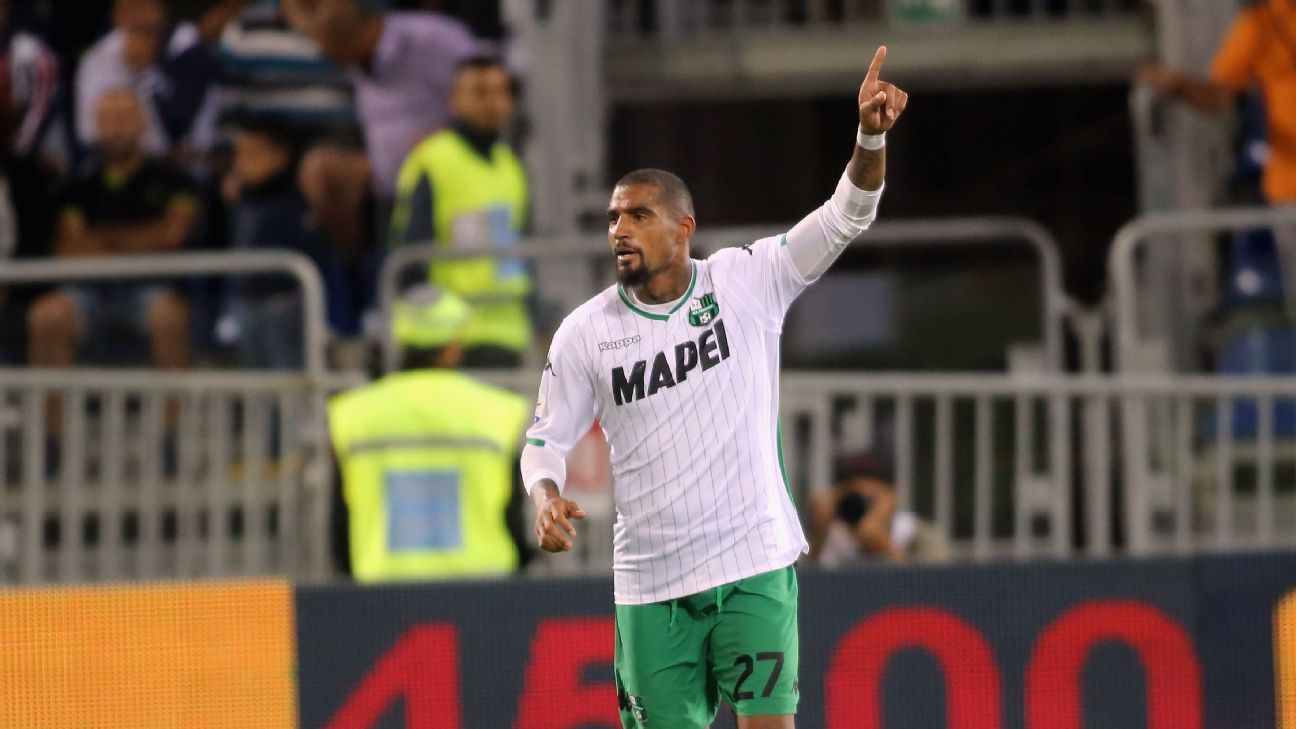 
Kevin-Prince Boateng said he understands why Mesut Ozil withdrew from international competition amid growing tensions in German society and football “because I have been there.”

Boateng, now with Sassuolo, became a controversial figure when his foul in the FA Cup final between Portsmouth and Chelsea ended Michael Ballack’s hopes of playing in the 2010 World Cup, which would have been his last.

A German pundit said in 2009 that Boateng “was not able to be reintegrated into society” after a foul on Wolfsburg’s Makoto Hasebe, and after the Ballack incident, he was referred to as the “bad boy” of German football. Boateng switched allegiances to play for Ghana, the home country of his father, amid the backlash.

“To be honest, I was shocked, because I never expected it,” Boateng told Bild when asked about Ozil’s withdrawal. “I think that it was a stress reaction. I have been there.

“I know what’s it like when everyone has a go at you, when criticism is harsh, and your family is part of it. This drags you down and you can’t get on with your life.”

Boateng, the half-brother of Germany and Bayern Munich defender Jerome Boateng, was playing for AC Milan in January 2013 when he was subjected to racist abuse in a friendly at Pro Patria and led his team off pitch in protest. A few months later, he spoke at the United Nations about his actions.

Born in Berlin, Boateng was honoured for his fight against racism by WDR 1Live, one of Germany’s biggest radio stations, in December.

Ozil cited racism at the top of the German FA and in parts of the German society when he walked out on Germany in July following their worst World Cup in 80 years.

His statement is among several incidents connected to the country’s wider political landscape in recent weeks.

In the fourth-tier Regionalliga, Berliner AK, a club providing a home to players with a migratory background, fear their upcoming trip to Chemnitz.

The city made international headlines when Nazis marched through it following the death of a German citizen, reportedly by the hands of migrants, in late August, and migrants and journalists were attacked at the side of the marches.

A local hooligan firm was one of the first group to call for protests, and Chemnitzer, currently ruled by a liquidator, have said they are looking into whether far-right groups have established a structure within the club.

The team already established their camp in the nearby Czech Republic on their recent away trip to Auerbach and will stay 40 kilometres from Chemnitz ahead of their match on Saturday.

Ali Han, the club’s president, warned the team will “leave the pitch if there are any racial or xenophobic slurs.”

Berliner AK would follow the example of Lauchringen, a local club in southwest Germany. Their players walked off the pitch in a league match at Weizen after a spectator had racially insulted Lauchringen’s Kebba Mamadou, who arrived in Germany from Ghana three years ago.

“It’s up to anyone to interpret how bad the insults were,” Lauchringen general manager Thomas Kummer told Stuttgarter Nachrichten. “They were horrendous for Kebba. It’s a great gesture for him that his teammates had his back.”

And on Sunday, racial insults also overshadowed a local league match between the reserve teams of MTV Braunschweig and Rot-Weiss Braunschweig, who fielded several players with a migratory background.

Following a foul in injury time by one of the MTV players, emotions were running high between the two sides and MTV’s coach allegedly shouted: “We’ll send you to Auschwitz.”

“If only half of what he allegedly said is true, then he will no longer be our coach,” MTV general manager Jorg Diekmann told News38.

Earlier this year, a dispute between Potsdam-based Regionalliga club Babelsberg and the local FA (NOFV) made international headlines.

The club kickstarted a German football grassroots rebellion against the rise of the New Right after being fined by the NOFV after “a single fan with a red punk haircut” shouted “Nazi Pigs Out” as a response to Nazi chanting and Adolf Hitler salutes from mostly-masked Energie Cottbus fans.