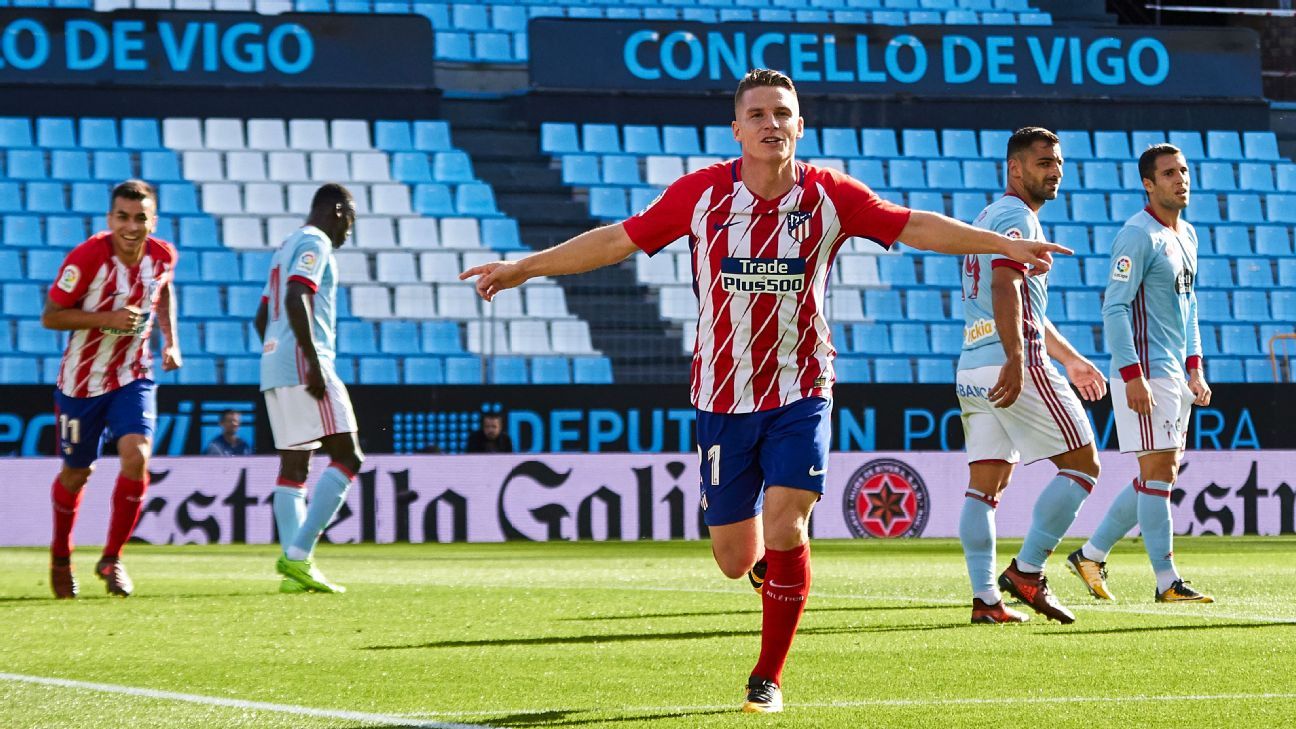 
It was not pretty, but Atletico Madrid bagged a much-needed three points with a scrappy 1-0 away victory against Celta Vigo.

A first-half goal from the lesser-seen Kevin Gameiro was enough for Los Rojiblancos, who produced one of their trademark dogged performances to see it out under a late bombardment from the Galicians.

Once again, they were indebted to Jan Oblak for ensuring they got the win, but with the way things were going, any win was needed, and they did what they had to do.

A goal for Gameiro, a wonderful display from Oblak and a dogged defensive performance. That is much more like it, Atleti.

Hard to pick one out, but Antoine Griezmann still looks like something is not quite right.

8 — Diego Simeone did what he does best: picked his players up off the floor, dusted them down and got the job done.

GK Jan Oblak, 8 — Once again showed his importance to this side with a couple of brilliant saves to ensure the three points.

DF Juanfran, 7 — Looked much better than he has in recent weeks and made a crucial block near the end. Much more like it.

DF Stefan Savic, 6 — Picked up a needless early booking, which had him looking shaky for a brief period before he settled down. Dealt with the late barrage of Celta attacks.

DF Diego Godin, 7 — Much more comfortable than in midweek. Relished the physical battle brought by John Guidetti and should have had a penalty at the other end when hurled to the ground.

DF Lucas Hernandez, 7 — Impressive outing once again in the unfamiliar full-back role. Got caught late from behind with five to go and was limping a bit.

MF Angel Correa, 6 — A bit less effective out on the wing than in a more familiar central position. Put a delicious ball in that Griezmann just could not get on the end of.

MF Thomas Partey, 6 — A combative display, but his lack of composure on the ball against a high-pressing opposition told at times. Gave possession away too much, and it is a facet of his game that needs surgery.

MF Gabi, 6 — Has all the composure that his midfield partner does not but was too often having to control erratic passes from him. Picked up a booking and was hooked as the home fans sought a second yellow.

MF Saul Niguez, 6 — Relatively anonymous in an attacking sense but did a lot of defensive work in front of Lucas and was always available, asking for the ball.

FW Antoine Griezmann, 6 — Still does not look fully at it this campaign. Nevertheless, it was his effort that led to corner, resulting in the goal.

FW Kevin Gameiro, 7 — First start of the season in La Liga brings a goal. Much more than Luciano Vietto and Fernando Torres have achieved this term. Needs to be given a run in the side and build on this.

MF Nicolas Gaitan (for Gameiro), 5 — On for half an hour but struggled to get involved.

MF Jose Maria Gimenez (for Gabi), 6 — On for the last 25 and gave the side additional height under late pressure from the home team.

DF Filipe Luis (for Correa), NR — On for the final few minutes to waste time and shore things up.