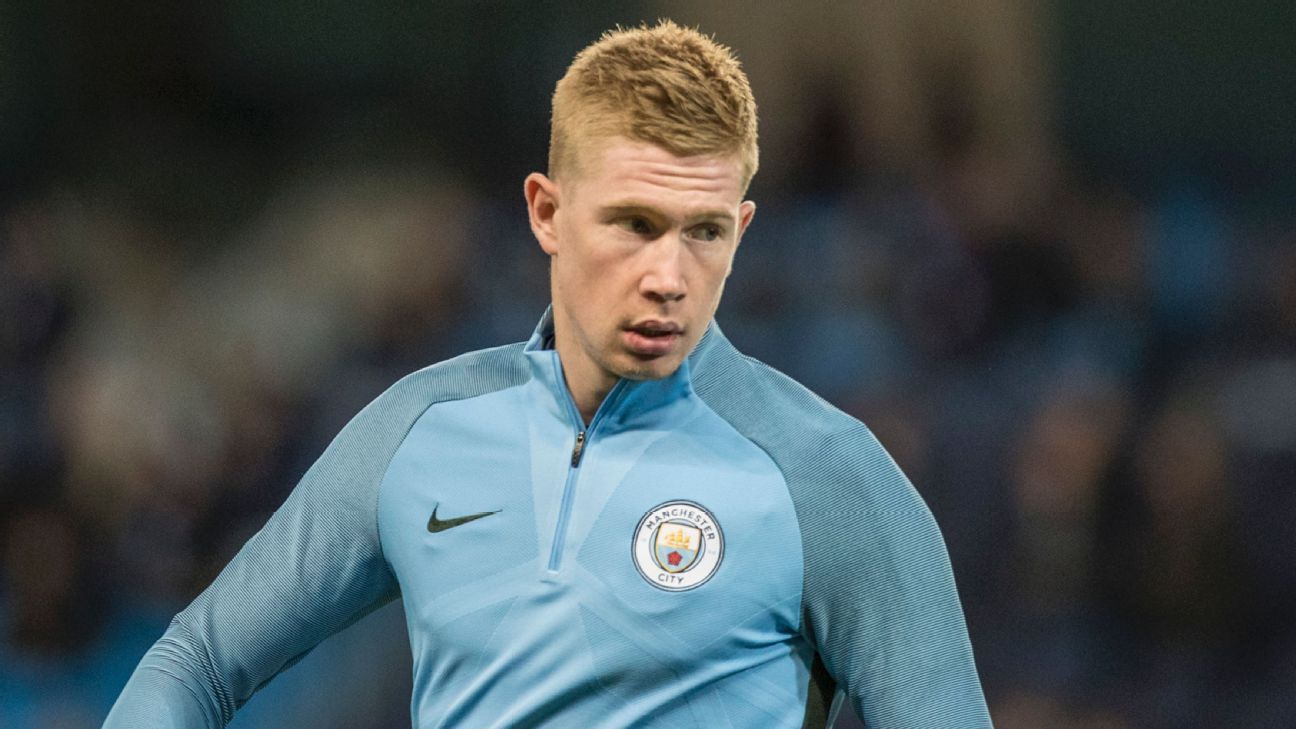 Both clubs have significantly strengthened their squad in the summer after disappointing seasons last year when they failed to maintain a significant challenge to champions Chelsea.

De Bruyne has been in brilliant form to help City to the top of the table, two points clear of their Manchester rivals, but the Belgium international says neither can afford any slip-ups with so many quality sides in the Premier League.

Asked if he believed the Manchester clubs were the favourites in the title race, De Bruyne said: “For the moment I think so, but everybody’s still there.

“It’s so early, if you lose two or three games you go back to a [lower] position. We have to maintain this hopefully.”

United finished three places below City in sixth last season but have been boosted by the form of De Bruyne’s international teammate Romelu Lukaku, who has 11 goals in 11 appearances, following his £75 million move to Old Trafford in the summer.

Marouane Fellaini has also drawn praise from manager Jose Mourinho but De Bruyne says the rivalry among the Belgians has not intensified just yet.

“We see each other in the national team and we just talk but not like bantering already like we’re going to win or you’re going to win,” said De Bruyne, who was speaking as Manchester City announced details for their first SkillCity national final, being held in Pomona, California, on Dec. 9.

“I think everybody’s excited to play against each other but it’s too early. Everyone’s trying for the same goal, you have guys at Chelsea, Tottenham — and the Belgians are everywhere at the moment.”

City have won 11 of their opening 12 games this season, with the 1-1 draw against Everton with only 10 men their only blip in the Premier League, while they have made a perfect start to their Champions League campaign.

Pep Guardiola’s side also made strong start last campaign when they won their first 10 matches under the former Barcelona coach. However, that form came to a stuttering halt around this time last year with defeats to Tottenham and Chelsea in the Premier League and Barcelona in Europe.

City, though, have already laid a significant marker this season with wins over top-four rivals Liverpool and Chelsea as well as Tuesday night’s victory over Serie A leaders Napoli in the Champions League.

Asked what the differences are to last season, De Bruyne said: “Just that we are winning. I think last year we played good football but especially in the big games we didn’t win them.

“Especially at the moment, we are playing maybe a little bit better, but we’re just building on what we did last year and for the moment everything is going well. But we’ll put hard work into it and we have to keep going.”

City have been winning praise from pundits for their brand of attacking football and De Bruyne says City are playing close to Guardiola’s vision for his team.

“I think we’re pretty much what he wants,” he said. “Obviously one game is going the better than the other ones and one time we will look more like his team than another, but I think the way we play is always the same.

“We play dominant football and like to put a lot of pressure on them and if you can do that, it works well. It’s hard to go full pace all the time but at the moment everyone is in great shape.”