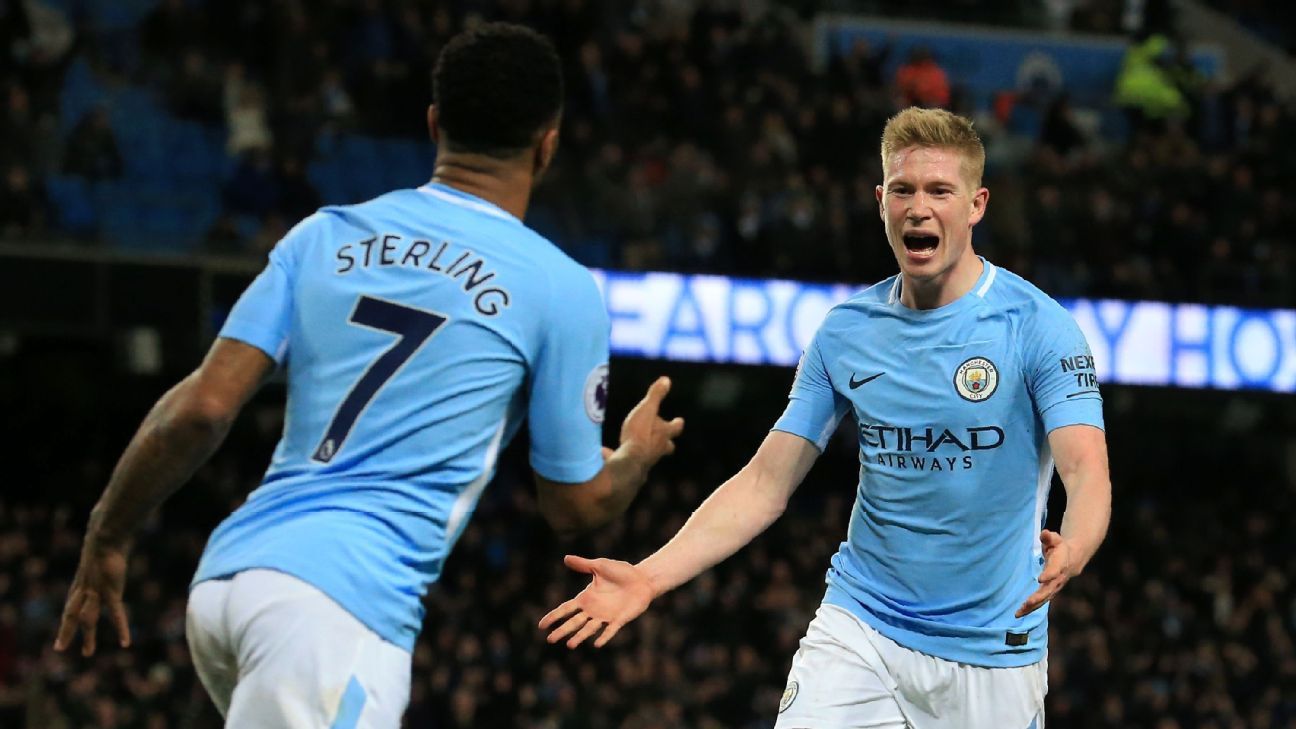 
Manchester City midfielder Kevin De Bruyne has said he barely spoke to Manchester United manager Jose Mourinho when the pair were together at Chelsea.

De Bruyne, 26, can win his first Premier League title on Saturday with a victory in the Manchester derby against United.

He made just three Premier League appearances in two years at Stamford Bridge and spent a season on loan at German side Werder Bremen.

“I would say distant,” De Bruyne told The Premier League Show when asked about his relationship with Mourinho.

“I’m not really somebody who speaks a lot with coaches if a coach wants to speak with you, then you just you do it. He is the boss, you can be good with each other but still there’s a distance between a coach and a player.

“I only spoke with him twice — when I wanted to leave to [Borussia] Dortmund at the beginning of the summer and the second meeting I just said for me it’s better to go, I want to play football.”

After joining Wolfsburg in 2014 and being named Bundesliga Player of the Year, De Bruyne returned to the Premier League with City in 2015 for a fee of £55 million after Chelsea had sold him for only £18m.

He had the options of moving to Bayern Munich and Paris Saint-Germain but he said he turned them down because City suited him better.

“I felt the way City were chasing after me, the plan with all the people coming in, I thought for me, the probability of the type of football I can play, it would suit me the best,” he added.

De Bruyne has no regrets about the decision to move to City and has been in brilliant form this season to become one of the favourites to be named Player of the Year.

“My feeling is that I’ve constantly been playing good. In my feeling, this year there’s not been a lot of games where I’ve been a little bit down,” he said.

“It’s always been a seven out of 10 or sometimes it was better. It helps when you win that many games with a team and you only lose one.”