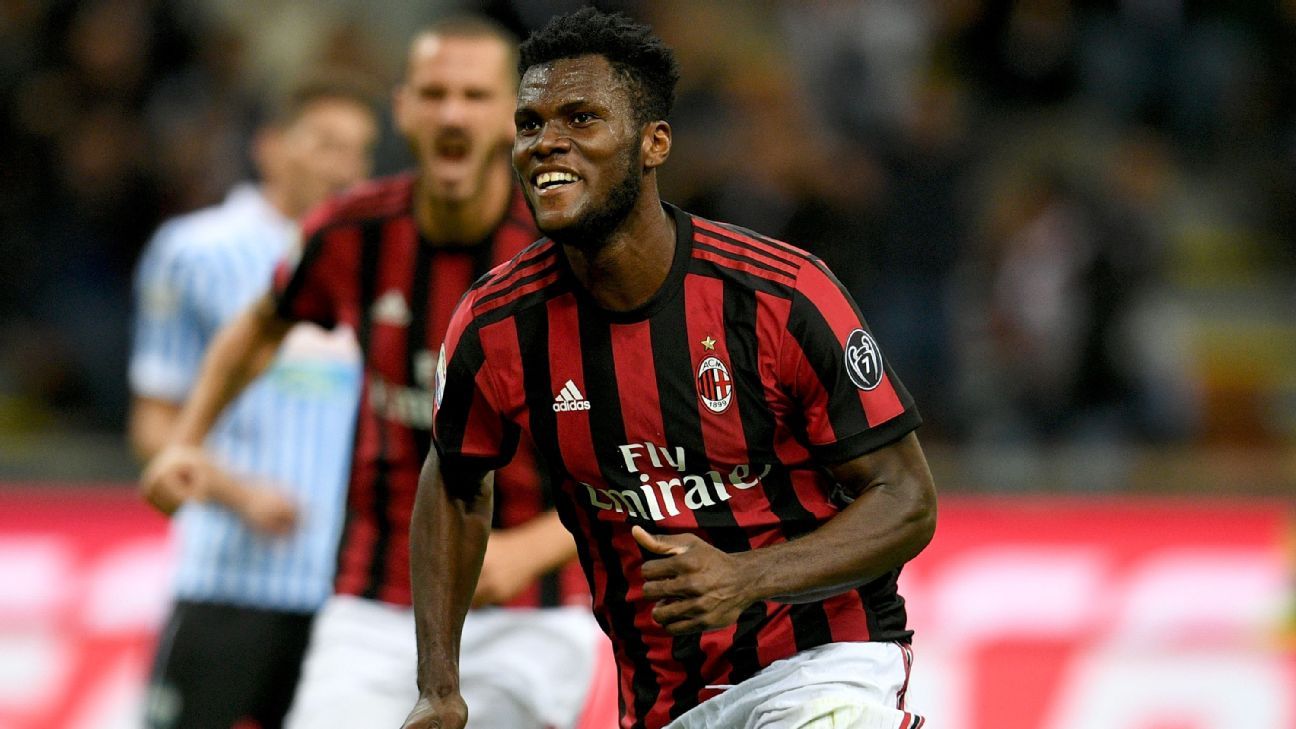 
AC Milan secured a comfortable 2-0 win over Spal at the San Siro on Wednesday night, with penalties from Ricardo Rodriguez and Franck Kessie securing all three points. The Rossoneri were untroubled throughout as they march on and continue to stick to the pack at the top of the Serie A table.

Milan remained alert and professional throughout to maintain a real sense of control over proceedings. They denied Spal any real chance to get into the game while they didn’t get anxious against a well-organised side.

The Rossoneri never really got going, although it could be argued that they didn’t have to. It took two penalties to find a way past Spal, and so they could have been sharper in the final third to break them down and create better scoring opportunities.

7 — Vincenzo Montella continues to sensibly rotate with the fixtures coming thick and fast. He’s managing it well for now as the results are positive, but he perhaps could have gone with more creativity against a defensively stubborn outfit.

GK Gianluigi Donnarumma, 6 — It was a quiet night for the shot-stopper, as he barely had anything to do. Testament to an organised back line to ensure Spal couldn’t threaten him.

DF Cristian Zapata, 6 — Attentive off the ball and composed on it, the Colombian defender stepped in well for Mateo Musacchio although in truth he wasn’t really ever tested.

DF Leonardo Bonucci, 7 — An assured performance from the captain as he marshalled the back three well and built play out from the back. Didn’t have a great deal of defending to do, but stepped up when required.

DF Alessio Romagnoli, 6 — A good display as he bounced back from his disappointment against Udinese at the weekend. Similarly to his defensive partners, didn’t have much defending to do as he was more useful and effective with his distribution.

MF Ignazio Abate, 6 — Didn’t attack as much as he usually does in a reserved but solid shift from the stalwart. Will need to step up now given Andrea Conti’s long-term absence and competition from Davide Calabria.

MF Franck Kessie, 8 — Still needs to find consistency in dangerous positions, but his energy, drive and determination saw him constantly brush opponents off, win back possession and lead breaks. Scored a well-taken penalty and was certainly one of the top performers on the night in a more tactically disciplined outing.

MF Lucas Biglia, 8 — Makes it all look so simple and effortless, Milan have finally found their answer in central midfield. Biglia was sharp and accurate with his passing, as he kept his side ticking throughout and worked hard off the ball. He does leave a pocket of space behind him at times, which could be exploited by the top sides, but the positives undoubtedly outweigh that negative.

MF Hakan Calhanoglu, 6 — Worked very hard off the ball and made countless important tackles. Looked a little indecisive and anxious on the ball at times, but can be so elegant and classy when confident. Showed glimpses of his quality, but he’ll know he can do much better.

MF Ricardo Rodriguez, 7 — Brilliant penalty to open the scoring, and was constantly motoring up and down the left flank in another assured performance with a great range of passing. Lack of pace could be his downfall against top wingers, but so far so good from the Swiss international.

FW Nikola Kalinic, 6 — Won the first penalty, but aside from that was well marked by the Spal defence and struggled to make a telling impact. Often lost possession in key positions, and he’ll hope to do better next time out.

FW Andre Silva, 6 — Good movement and quality touch on the ball, but the Portuguese forward was lacking that incisiveness and service to make himself a real nuisance to Spal. Will hope to get a run of games now to really find his stride.

FW Suso, 5 — A half-hour cameo appearance from the Spaniard, and he was a little wasteful as his final shot or delivery was off the mark. Will hope to be back in the starting lineup next time out, though.

MF Manuel Locatelli, N/A — Should have arguably started this clash to give Biglia a rest and earn himself some important playing time. Not enough time to really have a say, but will hope that he’ll get another opportunity soon.