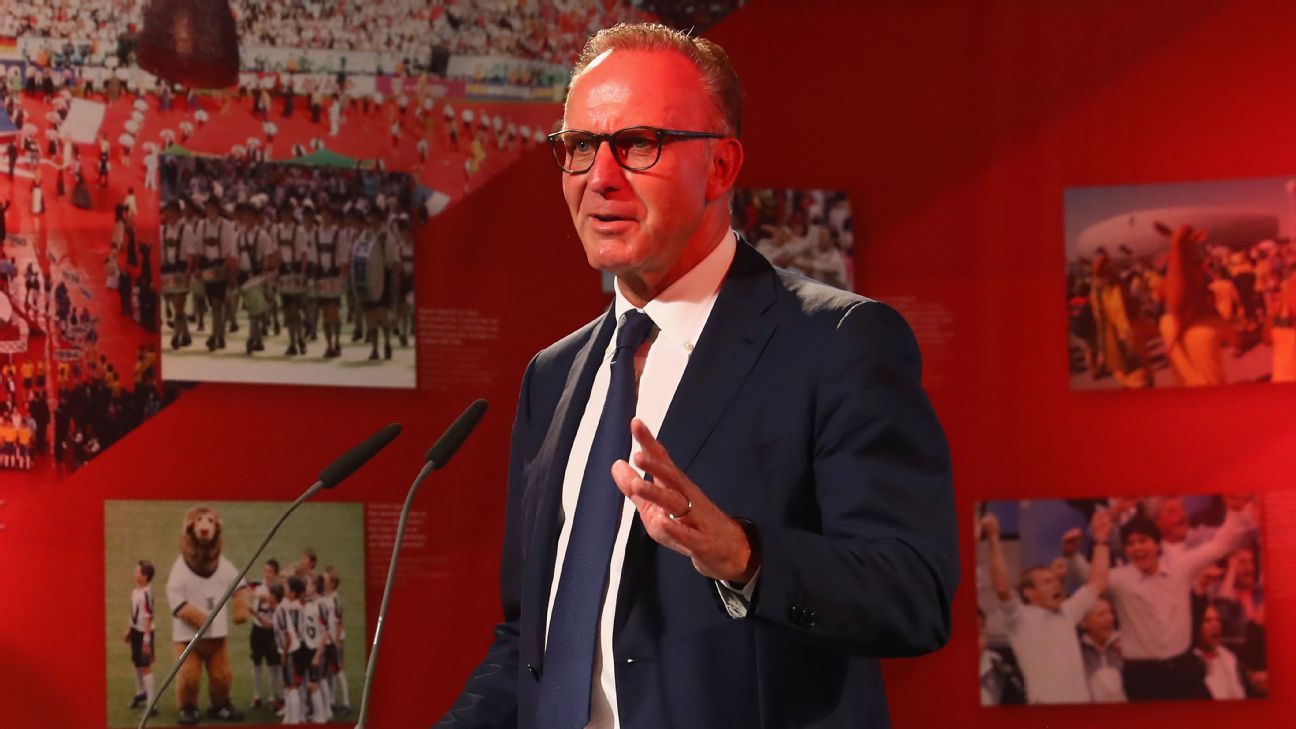 
One of the most powerful positions in club football has become available after Karl-Heinz Rummenigge has announced he will not run for re-election as the chairman of the European Club Association.

The former Bayern Munich, Inter Milan and Germany striker has chaired the ECA since it replaced the G-14 group of Europe’s biggest clubs in 2008. Still chairman at Bayern, the 61-year-old has helped the ECA grow to 220 member clubs from 53 associations.

In a statement, Rummenigge said: “Following intense, successful and good years, I believe the time has come to pass on the responsibility.

“I have always believed this office should only be held for a limited amount of time. My withdrawal from office expresses my sincerity concerning this issue.

“We can be proud of what we achieved in cooperation with FIFA and UEFA — all of our players are now insured for all international fixtures and the clubs now receive compensation when their professionals participate in a World or European Championship.

“Furthermore, the clubs now have two seats on the UEFA executive board and are thus involved in scheduling the match calendar and other vital decisions concerning the clubs.”

The ECA was created as part of a deal with FIFA and UEFA on various issues, most notably insurance for players whilst on international duty.

Whereas the G-14, which was founded in 2000, was frequently in conflict with FIFA and UEFA, the ECA has enjoyed a much closer relationship with the sport’s governing bodies, particularly UEFA. This is largely a result of the huge revenues Europe’s biggest clubs have earned from the expanded Champions League.

Rummenigge’s replacement will be announced at the next ECA board elections in Geneva on Sept. 5 and current board members Ivan Gazidis of Arsenal, Celtic’s Peter Lawwell and Manchester United executive vice chairman Ed Woodward could stand.

Since joining the ECA board in 2012, Gazidis has been the Premier League’s main point of contact with the organisation but may feel he has enough on his plate at Arsenal, while there may also be some opposition to the idea of the ECA being led by world football’s richest league.

FIFA president Gianni Infantino, who worked closely with the ECA during his time as UEFA’s general secretary, reacted to news of Rummenigge’s decision to step away with “regret” and warm words.

In a statement, Infantino said: “I’ve had the pleasure and honour of working with ‘Kalle’ for many years, and I have always appreciated his loyalty and sincerity.

“Karl-Heinz is an individual who tries to find constructive solutions for football while carefully considering its stakeholders, and no matter what role or function he holds, always strikes the right balance in this respect.

“On behalf of FIFA and the football community, I would like to sincerely thank Karl-Heinz for his dedication, commitment and hard work, and I am sure he will continue to play an important role in the development of football. Furthermore, I also look forward to the continued partnership between ECA and FIFA.”