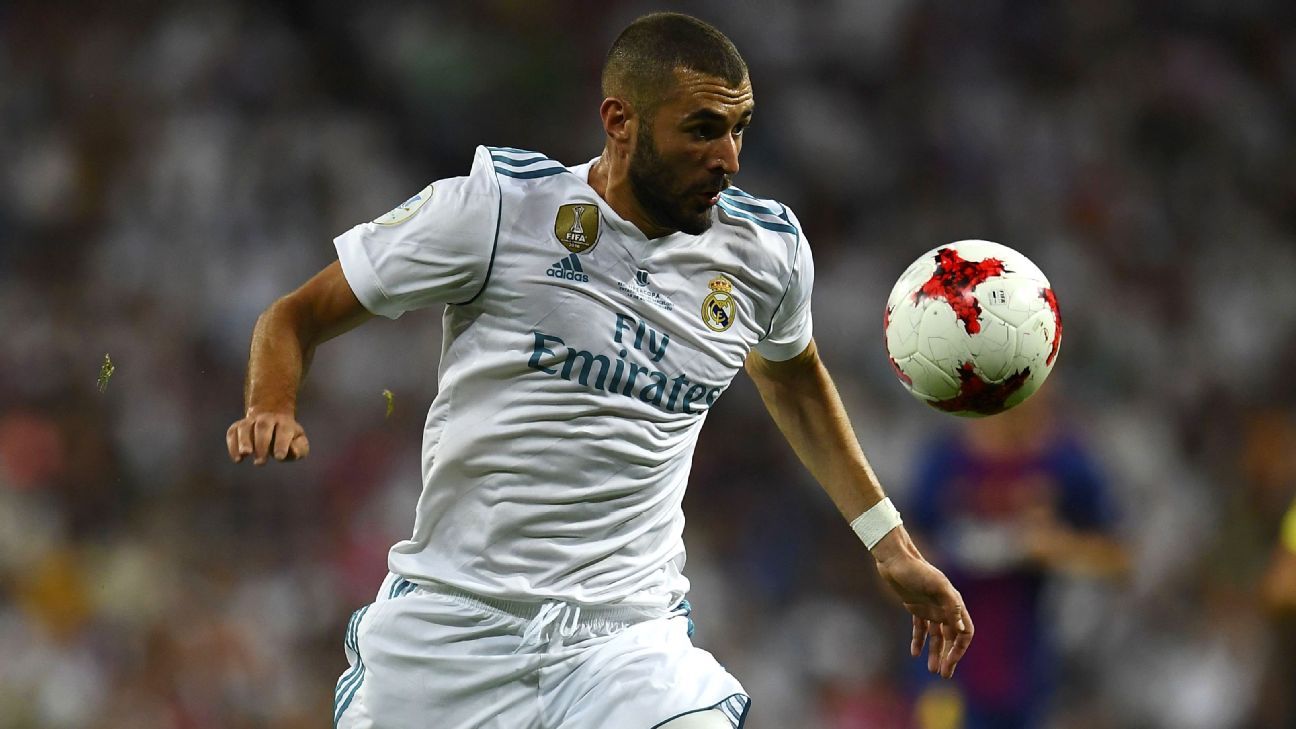 After Benzema had missed three chances in Madrid’s 1-1 Champions League draw against Tottenham last month, ex-Spurs and Barcelona star Lineker wrote on Twitter that the striker is “a tad overrated,” calling him “decent not great.”

Madrid boss Zinedine Zidane said Lineker’s criticism was “embarrassing” coming from someone within the game, and Benzema seemed to agree with his coach.

“What I have more of a problem accepting is the criticism of former players-turned-journalists, who — some of them — spread their hate,” he said. “They have gone through the same difficulties, but they have no solidarity. I feel sorry for them, really.”

Asking questions about football is my job and it’s certainly not ‘spreading hatred’. Is it me or is @Benzema a tad over-sensitive? 🙄 https://t.co/hIusB0LphU

Lineker responded on Twitter, writing: “Asking questions about football is my job and it’s certainly not ‘spreading hatred’. Is it me or is @Benzema a tad over-sensitive?”

Benzema, meanwhile, remains hopeful he will feature for France at next summer’s World Cup despite Didier Deschamps continuing to ignore the Madrid man’s form.

Deschamps signed a two-year contract extension on Tuesday, meaning he is likely to remain in charge of France until 2020 barring a disastrous tournament next summer.

Deschamps has not selected Benzema since October 2015 following the emergence of his alleged involvement in attempted extortion on his international teammate Mathieu Valbuena. Though the police inquiry remains ongoing, Deschamps has said he has not definitively ruled Benzema out of his plans.

“Of course I want to get back into the France team,” Benzema said. “Which footballer doesn’t dream of playing a World Cup? I still have hope of going to Russia. But the main thing is to give myself every chance of doing that. I try to play as well as possible for my club, and we’ll see where things stand at the end.”

He added: “For me, there is no longer just that that counts. There’s no point in talking about it anymore and it could be interpreted badly. I don’t talk any more, I say nothing any more. I try to perform well and win trophies.”

Benzema’s former Madrid teammate Mesut Ozil feels the striker, who moved to seventh on the La Liga club’s all-time scorers’ list last month, should be welcomed back into the France fold.

“There are things that happened that I’m not really informed about,” the Arsenal midfielder told SFR Sport. “But as a player, Benzema is one of the best strikers in the world. I think it’s a shame he doesn’t play for France.”

Benzema’s chances of pulling on the France shirt again would likely be increased if his Madrid boss and former France captain Zidane was appointed as Deschamps’ successor.

The announcement of Deschamps’ contract extension prior to next summer’s World Cup has been met with surprise by some, and former France international Eric Abidal, who won his last senior cap under the 49-year-old in 2013, suggested the decision had been by default.

“Because Zizou wasn’t available…” the ex-Barcelona and Monaco defender tweeted.