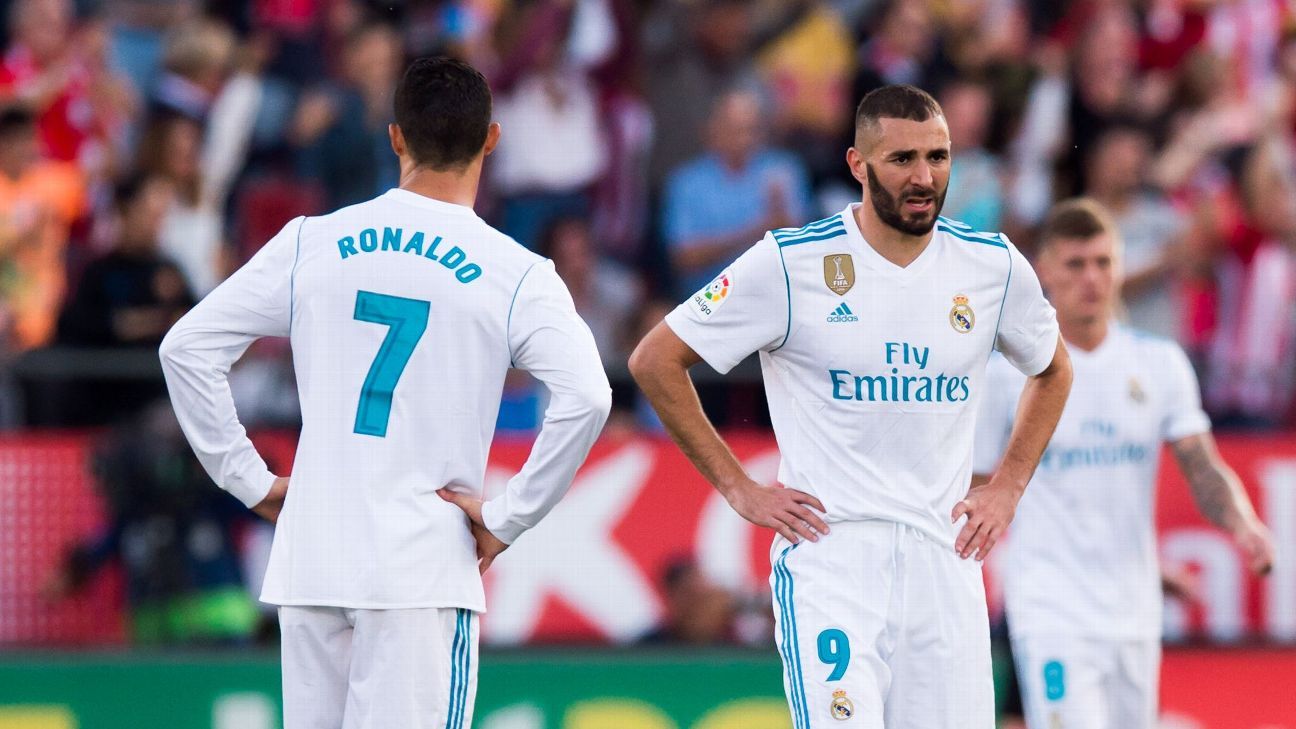 
You can’t accuse Zinedine Zidane of not trying out new solutions to get Real Madrid out of their funk. Against Las Palmas we saw a de facto 4-4-2, with Luka Modric given a day off (ahead of Croatia’s World Cup playoff Thursday), a two-man midfield, Jesus Vallejo making his Liga debut at center-back and Isco and Marco Asensio starting out wide.

It’s a bit hard to draw conclusions, in part because Las Palmas are terrible right now (seven straight Liga defeats and counting) and the match hung in the balance for a while before Madrid rolled to a 3-0 win in the second half. We did get to see (and hear) Karim Benzema being booed, often mercilessly, by a big chunk of his own fans, and here you get a sense of how the Bernabeu support is different from perhaps every other big club in the world.

While it’s a rare occurrence, especially during the game, booing your own players does happen, and I don’t have a problem with it. But it’s usually reserved for guys who have snubbed the fans or have been seen to have disrespected the club in some way. And it’s usually players who haven’t been there very long.

Benzema is in his ninth season at the club. He’s Real Madrid’s seventh all-time goal scorer, he has played more than 350 games and has contributed to three Champions League titles (most recently six months ago). Just further proof that Madrid and the Bernabeu are unlike anything else in the game.