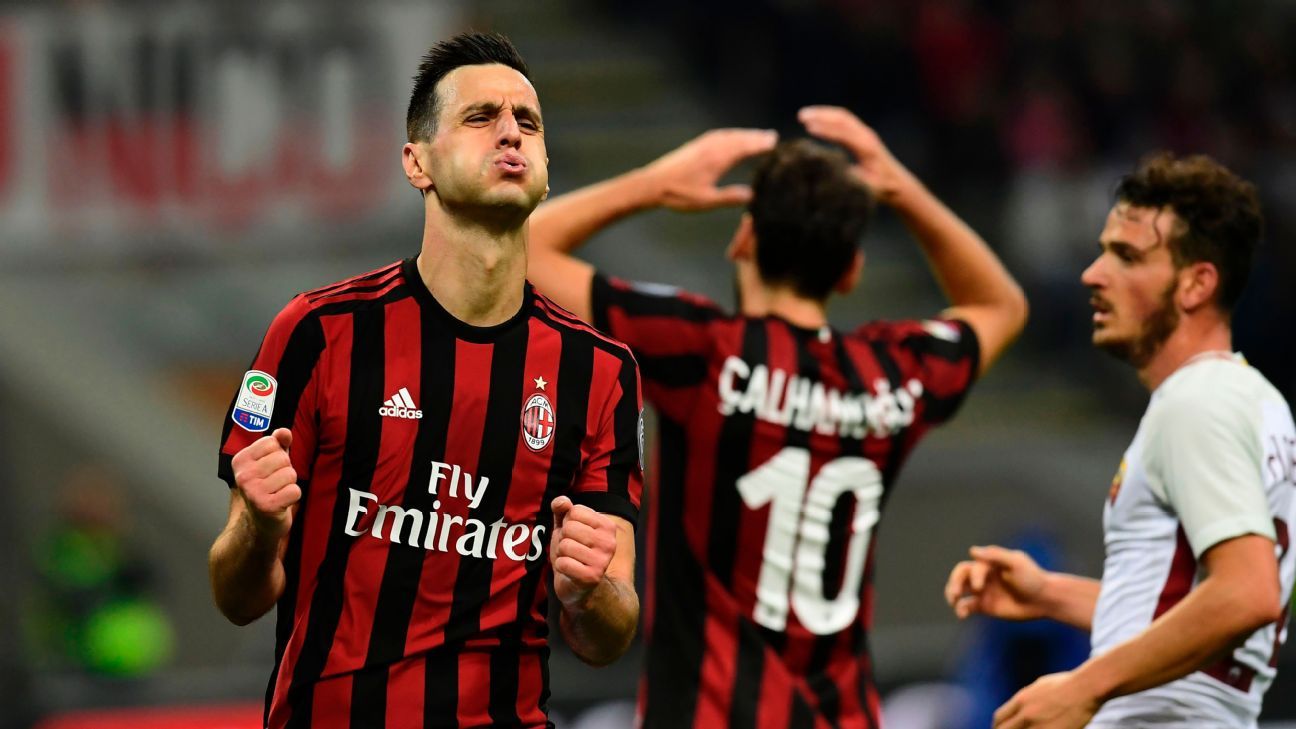 
AC Milan fell to a 2-0 loss to Roma at the San Siro on Sunday, with goals from Edin Dzeko and Alessandro Florenzi sealing the win for the visitors. The Rossoneri had their moments, but ultimately it’s another loss in a big test for Vincenzo Montella and his men.

There was more fight and character shown by the team on Sunday, something that was sorely missing against Sampdoria last time out. In turn, it was a much better performance, although more importantly they didn’t manage to secure the right result.

Wasteful in front of goal and eventually punished at the back, it’s another defeat in a game against a quality opponent. Milan and Montella have fallen short against Lazio, Sampdoria and Roma so far this season, and question marks will remain over their ability to compete with the better teams in Serie A.

6 — Montella should have made a change earlier with Hakan Calhanoglu in particular struggling. If he had reacted quicker, then perhaps it could have led to a different result as Milan were in the game but were just lacking that bit of quality to put Roma away.

GK Gianluigi Donnarumma, 5 — Aside from a risky pass out that Kevin Strootman almost made him pay for, he produced a good save to deny Florenzi at a key point in the game. Being critical on the second goal though, he could have pushed it to safety to avoid the rebound dropping to the Roma man.

DF Mateo Musacchio, 6 — Dealt with Stephan El Shaarawy’s threat well with the help of Fabio Borini, but isn’t looking as composed on the ball as he usually does. Rushed too often, and needs to settle again.

DF Leonardo Bonucci, 6 — Was strong in his battle with Dzeko as he won countless duels with the Roma forward. However, he still lingers on the ball at times, while he was beaten too easily in the build up to the second goal as issues remain.

DF Alessio Romagnoli, 5 — Probably the least secure out of the back three as he struggled with Florenzi at times and could have done better on the goals. Good on the ball as is expected, but room for improvement defensively.

MF Fabio Borini, 7 — Was constantly up and down the right flank as he showed his versatility to put in an energetic, defensively solid and attacking performance. However, he’s still missing that quality in the final phase of the game whether it’s down to his decision-making or lack of skill in delivering a killer ball.

MF Franck Kessie, 5 — The international break will hopefully offer him some kind of opportunity to rest as he needs it. Had flashes of his quality and combativeness in the midfield battle, but still not as effective in an attacking sense as he was at the start of the season.

MF Lucas Biglia, 6 — Enjoyed watching his battle with Radja Nainggolan at times, and offered good defensive coverage in front of the defence. Biglia was a little wayward with his distribution, which was disappointing, but a generally positive display from the Argentine international.

MF Hakan Calhanoglu, 5 — The Turkish playmaker has got it in his locker to be a real creative and driving force in midfield for Milan. However, he’s struggling to piece it all together right now as he was too sloppy and off the mark. Sent off late on for a second bookable offence, and he has his work cut out now to repay the faith shown in him by Montella.

MF Ricardo Rodriguez, 7 — Aside from the fact that he couldn’t produce a quality delivery that led to a goal, it was another impressive performance from the left-back. His technical quality on the ball coupled with his defensive solidity and energy to be an outlet out on the left has all been really encouraging.

FW Nikola Kalinic, 5 — Had his moments in the build up of play, but it wasn’t enough from the Milan striker. Needs to be more decisive in the final third but he came up against a solid defender in Kostas Manolas.

FW Andre Silva, 7 — A good performance, and the only thing that was missing was a goal. Great to see him start in Serie A, and he showed flashes of his flair and class as he looked a real threat at times whether that was in creating for others or posing a goal threat himself.

FW Patrick Cutrone, N/A — Came on too late to influence the game, wasn’t able to feed off anything to be effective.

MF Giacomo Bonaventura, N/A — Similarly to Cutrone, was introduced too late to get up to speed and make a telling impact.