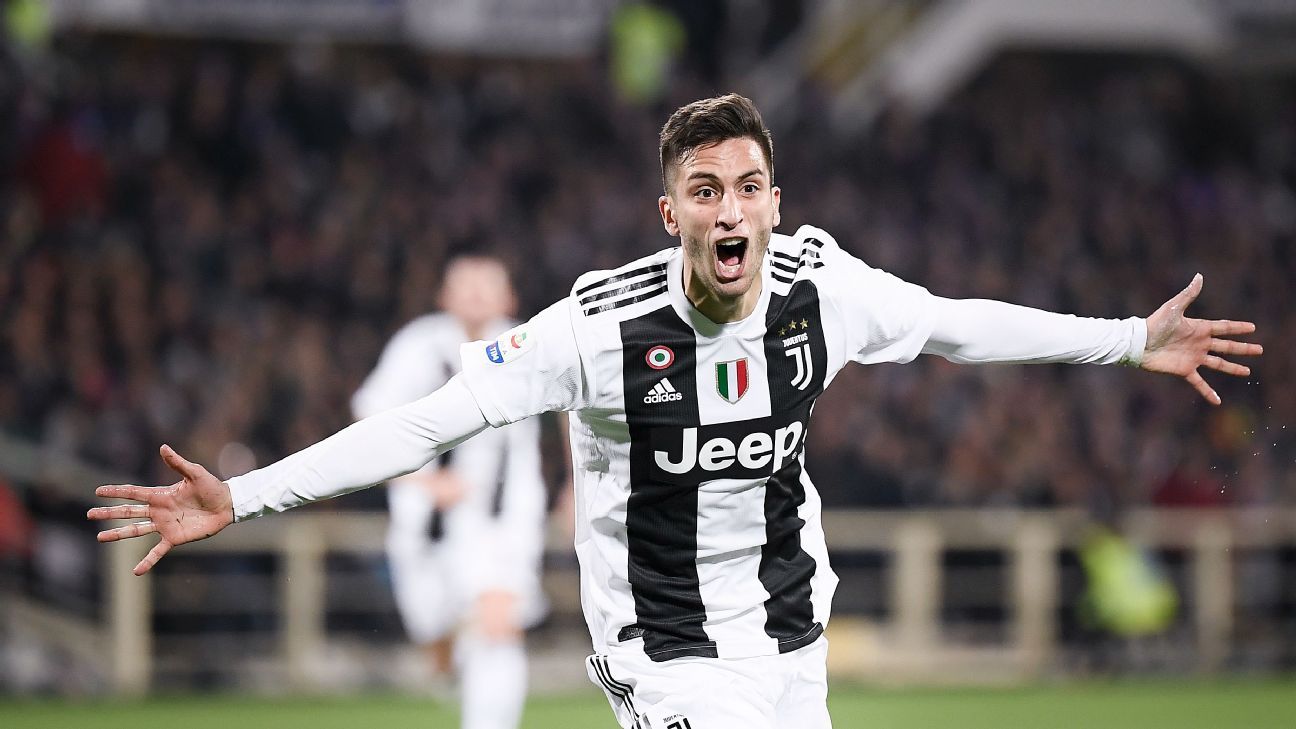 
Winning the Derby d’Italia and putting 14 points between you and your bitter title rivals is one thing. Knowing you now have the weekend off and that the Superclasico is in Madrid on Sunday was definitely a moment to savour for a group of Juventus players earlier this month.

As an Argentine, Paulo Dybala had to be there. Giorgio Chiellini and Leonardo Bonucci didn’t want to miss out either. Let’s be honest what else would you expect? If ever there was a game in their image this was it. Leading the troupe from Turin, though, was Rodrigo Bentancur, the Uruguayan midfielder who has flown under the radar in Cristiano Ronaldo’s first year, but continues to emerge as one of the brightest talents in his age group in Europe’s top five leagues.

Bentancur was the group’s gateway into this rivalry, not Dybala. As a boy Rodrigo had left his childhood home in Nueva Helvetia – “New Switzerland” — a place whose founders came from a country known for peace and neutrality, for the buzz of Buenos Aires, where as a boarder in a Boca Juniors dorm he soon learned that when it came to River Plate it was impossible to be neutral. The Superclasico meant war. Shortly after arriving in Italy 18 months ago, Juventus coach Massimiliano Allegri observed: “You can already see Rodrigo played with men in Argentina.”

Bentancur only turned 21 in the summer but when he joined Juventus he’d already played in four Superclasicos. His first came as a late sub with Boca down to 10 men but 1-0 up against a River side that had been reduced to nine. He was just 17. A week later Bentancur scored the fifth in a 5-0 win against Boca’s Buenos Aires rivals. That was a friendly if any Superclasico can be called as such.

Watching his old team at the Bernabeu, the memories must have come flooding back. Pacing the sidelines below was Guillermo Barros Schelotto, the coach who had trusted him to run the midfield when Boca beat River 4-2 in their own backyard in 2016. Carlos Tevez scored a brace that day but, as Schelotto’s last roll of the dice in the Copa Libertadores final, the former Manchester United and City striker proved unable to turn the tide away from River in the game unfolding before Bentancur in Madrid.

It was Tevez’s decision to go back to Argentina after losing another continental final, the one when Juventus succumbed to Barcelona in Berlin three years ago, that set Bentancur on his way to being a respected teammate of Bonucci, Chiellini and Dybala. Caught by surprise at Tevez’s demands to return to Boca, Juventus showed two things: one was a real flair for crisis management by turning adversity into opportunity. The other was the level of the club’s scouting in the region which left them prepared even for this unexpected eventuality. Aware of Bentancur’s potential, Juventus used it as leverage against Boca’s inability to match their valuation of Tevez, securing an option to sign the Uruguay international [and Guido Vadala, Franco Cristaldo and Adrian Cubas] as part of deal. Two years later, they acted on the option to sign Bentancur, paying what now looks like a bargain €9.5 million in instalments.

Boca evidently anticipated Bentancur would blossom in Serie A, inserting a 50 percent sell-on clause into the arrangement. That clause was a major reason why Juventus’ sporting director Fabio Paratici was also in attendance at the Copa Libertadores final with a view to negotiating either its buyout or some other quid pro quo. The urgency demonstrated is not a case of Juventus showing their hand and revealing an inclination to cash in now. But rather a recognition that as Bentancur’s stock continues to rise, Boca’s share is becoming more lucrative and the resistance to let it grow even further.

A young midfielder has not imposed himself so smoothly at Juventus since Paul Pogba. Just as it was difficult to see space for the Frenchman amid competition from Andrea Pirlo, Arturo Vidal and Claudio Marchisio, the kid they call “Lolo” is now missed when he isn’t in the side even though he is battling for game-time with seasoned World Cup winners like Blaise Matuidi and Sami Khedira. His climb up the hierarchy and the esteem in which the club hold him was no doubt a factor in Marchisio, a homegrown fan favourite known as “The Little Prince”, taking the painful decision to part with the club he supports and had been a part of for 25 years to join Zenit St Petersburg.

Until his suspension for the Turin derby last weekend, Bentancur had started and finished 12 straight games. You can point to Emre Can’s surgery, Khedira’s injury troubles and the exit of Stefano Sturaro as well as Marchisio as part of the explanation. But Allegri’s faith in Bentancur has been firm since the first day he saw him in training. He fast-tracked the Uruguayan into big games, handing the No. 30 his first Juventus start at the Camp Nou of all places and then fielding him from the start against Real Madrid in April. “If he didn’t have [what it takes],” Allegri said, “I wouldn’t have made him play. Because it’s true that I’m crazy, but only up to a point…”

In support of Miralem Pjanic, the team’s deep-lying playmaker, Bentancur makes Juventus’ possession game more sophisticated. Not only is he the midfield’s second best passer, every move he makes has purpose, drawing opponents away from the ball carrier or opening up hitherto closed off passing lanes. Experimented with in the Pirlo role, Bentancur’s timing is still a little off as was Pjanic’s when he first arrived from Roma. That said Allegri appreciates that having him sit and hold is a bit of a waste, anyways. Bentancur is no less dynamic than Matuidi, constantly in motion.

Allegri has drilled it into Bentancur to get the ball forward and join in the attack. A week after revealing his coach had demanded he make more late runs into the box and start chipping in with some goals, Bentancur did just that in Juventus’ most convincing performance of the season against Udinese. He came very close again in another stellar display at Old Trafford.

“Rodrigo has surprised me a lot with how he has adapted to our mentality and the Italian league,” Allegri confessed a year ago. Mentality and fitting into the culture is everything at Juve and Bentancur got it straight away. In some respects he feels like a throwback to the smart and presentable footballers the club used to favour when Giampiero Boniperti was president and demanded they all have short haircuts.

“I remember I was already really nervous on the plane over,” Bentancur explained. “I got to the hotel and went out and bought myself a shirt to be ready for my first day in black and white.” To listen to that is to be left with the impression of someone preparing for his first day at a multinational corporation akin to FIAT rather than a football club.

Arguably the most improved player in Serie A this year, what makes Bentancur’s ascent all the more remarkable is the fact, as Allegri alluded to, that he hasn’t had a summer off since joining the club. After participating at the Under-20 World Cup in 2017, the 21-year-old graduated to the senior one in Russia this summer.

He has already achieved cult status among Juve fans thanks to what he said to a local broadcaster after the Valencia game in Spain. Asked if he sees Barcelona as favourites to win the competition this year, Bentancur said: “No, we are.” Nothing seems to faze him. Not Barca, not Madrid, not Atletico Madrid, not Roma this weekend. And why would it when you’ve cut your teeth as a teenager in the Superclasico?