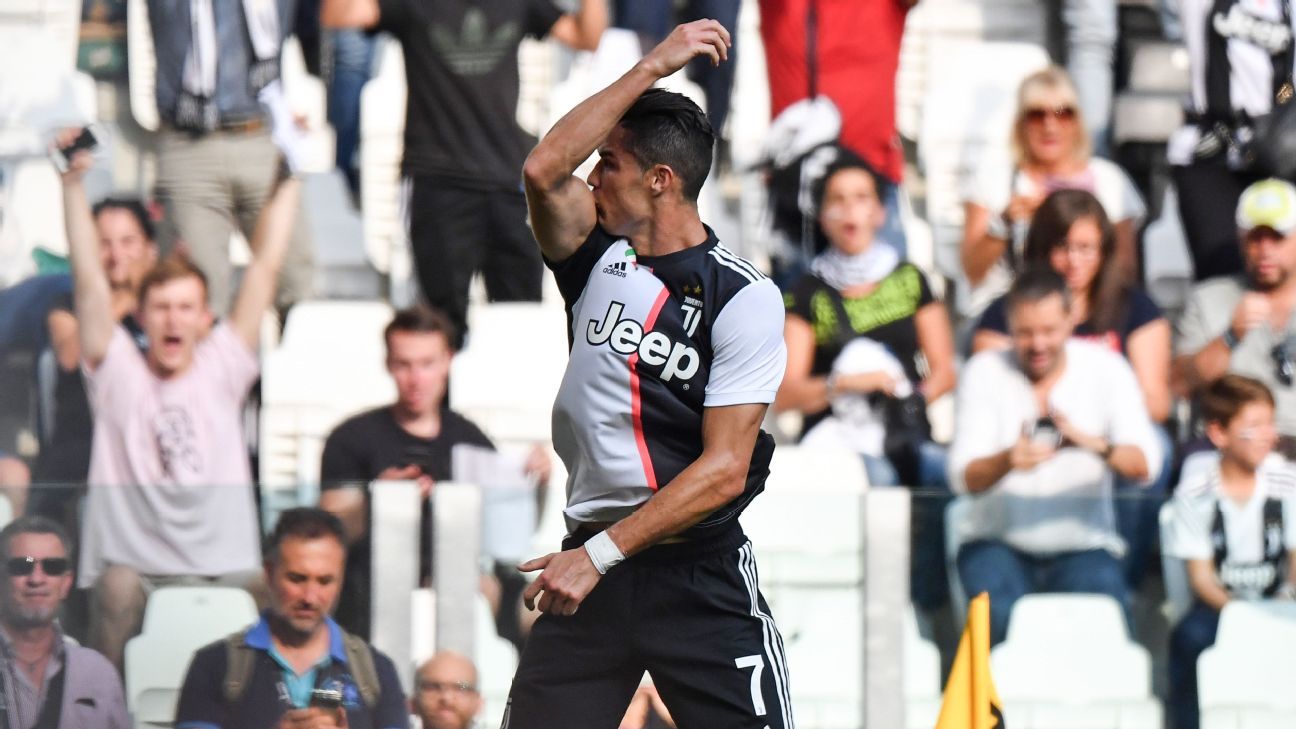 Cristiano Ronaldo helped Juventus to continue their unbeaten start to the Serie A season with a comfortable 2-0 home victory over struggling SPAL on Saturday.

Miralem Pjanic‘s strike put the hosts in front on the stroke of half-time before Ronaldo, who missed Tuesday’s win over Brescia with a minor injury, headed his third goal of the campaign with 12 minutes remaining.

Juve are second in the table on 16 points, two behind leaders Inter Milan after their 3-1 victory at Sampdoria on Saturday.

SPAL goalkeeper Etrit Berisha made a string of impressive saves to keep down the score as the visitors fell to their fifth defeat in six matches to stay level on three points with Sampdoria at the foot of the table.

Juventus and Inter will go head-to-head at San Siro next Sunday in a match that is expected to have a big impact on the title race.

However, Juve coach Maurizio Sarri said he was taking things one step at a time with a Champions League clash against Bayer Leverkusen to come on Tuesday first.

“I haven’t actually watched any Inter games this season, as we’ve focused mainly on the teams we are facing next,” he told Sky Sport Italia.

“Tonight, we’ll watch a couple of Bayer Leverkusen matches and then go to dinner.

“I hear that Inter are playing very well; I had no doubt they would considering the quality of the coach and their players. I always said this would be a far more balanced season.”

Sarri’s side were denied a more comprehensive scoreline by Berisha, who dived to palm away Paulo Dybala‘s curling effort in the first half before superbly blocking an Aaron Ramsey header from point-blank range.

However, he could do little to stop Pjanic’s strike just before the break as the midfielder curled a shot into the top corner from outside the box.

Berisha was again the protagonist in the second half as he stopped a close-range Sami Khedira header, dived to save efforts from Dybala and Ronaldo and then denied the Portugal international again by blocking a powerful finish.

The former Real Madrid star finally broke through when he rose to meet Dybala’s cross and fire a header through the legs of the goalkeeper.

Their battle did not end there as Berisha again showed superb reflexes to spring to his left and palm away a Ronaldo volley in stoppage time.