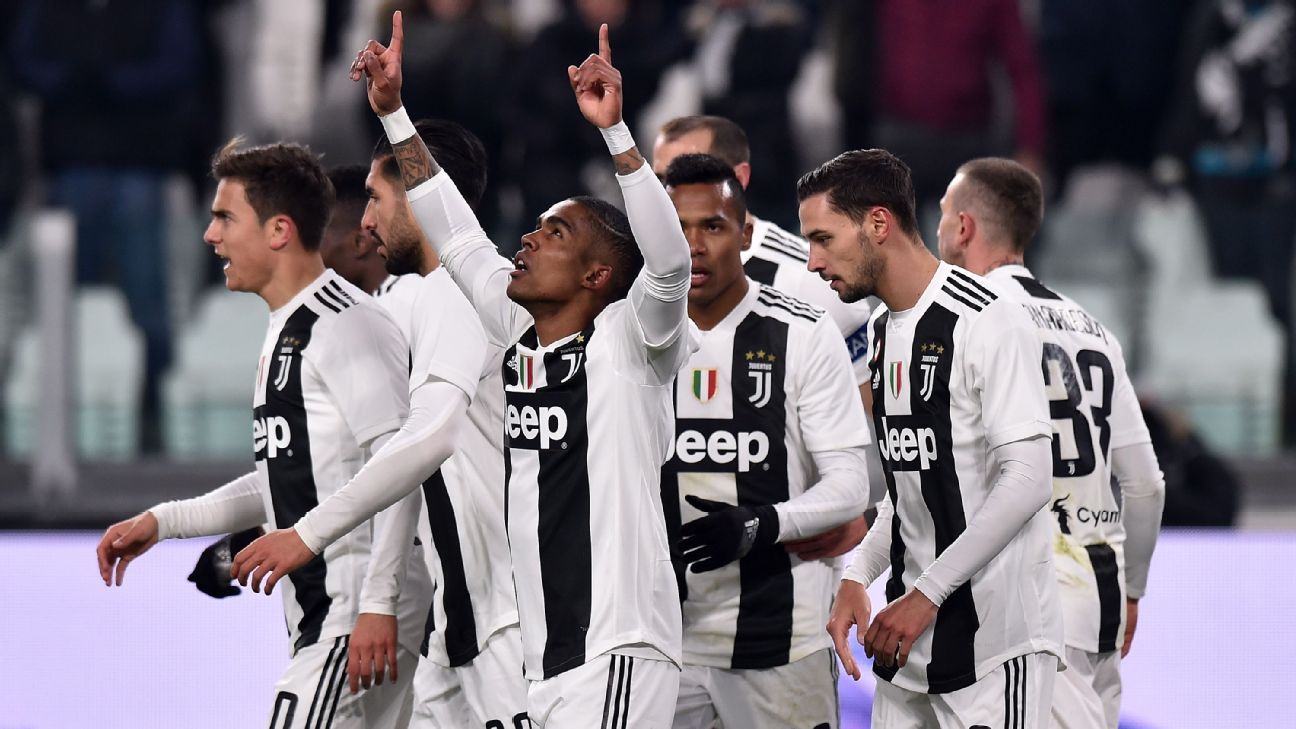 Juventus eased to a 3-0 win against Chievo Verona on Monday night in Turin to extend their lead in Serie A over the chasing pack.

Douglas Costa opened the scoring for the hosts before the quarter hour, finishing off a mazy run from a counter-attack with a 20-yard strike to beat Chievo keeper Stefano Sorrentino.

Juventus took a 2-0 lead to the dressing room after Paulo Dybala set up Emre Can for the easiest of finishes following an intricate team move just before the half-time whistle.

Cristiano Ronaldo missed a chance to extend Juve’s lead from the penalty spot just after the break when Sorrentino denied his attempt after a Mattia Bani handball in the box.

After missing his penalty, Ronaldo was frustrated twice more, turning the ball wide from Dybala’s cross and then finding the side netting after the Argentine freed him on the left.

Juventus ultimately found their third before full-time through a Daniele Rugani header from close range after Chievo conceded a free kick just outside the left edge of their penalty area.

The win restores Juventus’ nine-point lead over second-placed Napoli in the Serie A table, with a trip to Rome to face Lazio on Jan. 27 next up for the Italian champions.