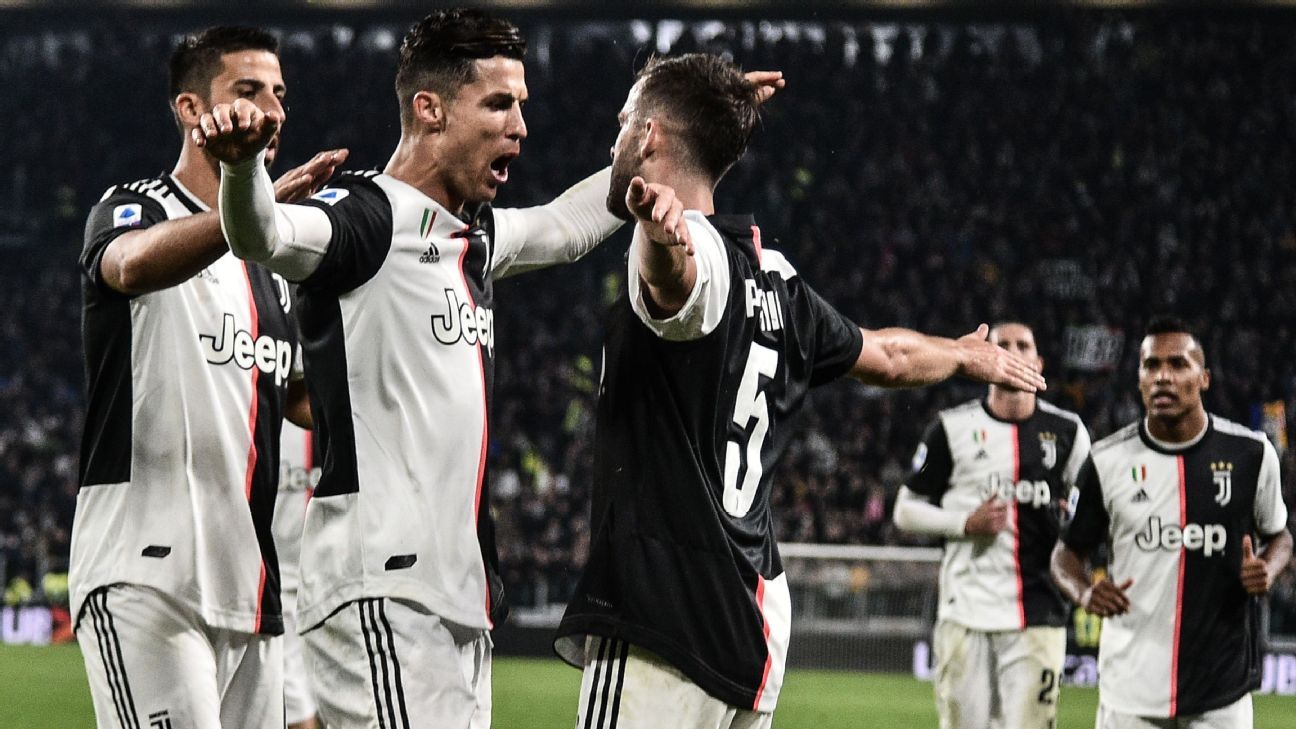 Cristiano Ronaldo opened the scoring as Juventus beat visiting Bologna 2-1 on Saturday to move four points clear at the top of the Serie A table.

Ronaldo struck from close range after 19 minutes, but Danilo levelled for the visitors soon afterwards.

Miralem Pjanic profited on a defensive mix-up to net Juve’s winner after the break and Bologna were denied an equaliser by the crossbar and a superb Gianluigi Buffon save in stoppage time.

The result stretched Juve’s winning run to five matches in all competitions and continued Maurizio Sarri’s unbeaten start as their coach.

“I told the players that we must not try to control a game, sit on a lead or be comfortable, because otherwise we leave ourselves in these risky situations at the very end,” Sarri told DAZN.

“It was a good game, but blighted by three or four horrible errors that we have to work on,” he said.

“I need to ensure the players realise we keep the ball for a reason, so possession is never kept just for the sake of it. We go into maintenance mode and that is never good.”

The champions are top on 22 points but second-placed Inter Milan can cut their lead to one point with victory at Sassuolo on Sunday.

Ronaldo reached the landmark of 700 career goals while on international duty with Portugal on Monday and made it 701 at the Allianz Stadium as he beat his marker and fired in at the near post.

Bologna travelled to Turin with just one victory against Juve in their last 31 attempts, but they levelled through Danilo midway through the first half when the Brazilian defender smashed in a half-volley.

Pjanic restored the hosts’ lead after 54 minutes as he capitalised on chaotic defending from Bologna to pounce on a loose ball and sweep a shot into the corner.

The visitors nearly equalised in the dying minutes when substitute Federico Santander‘s header came back off the bar before veteran goalkeeper Buffon acrobatically palmed over the striker’s overhead kick.