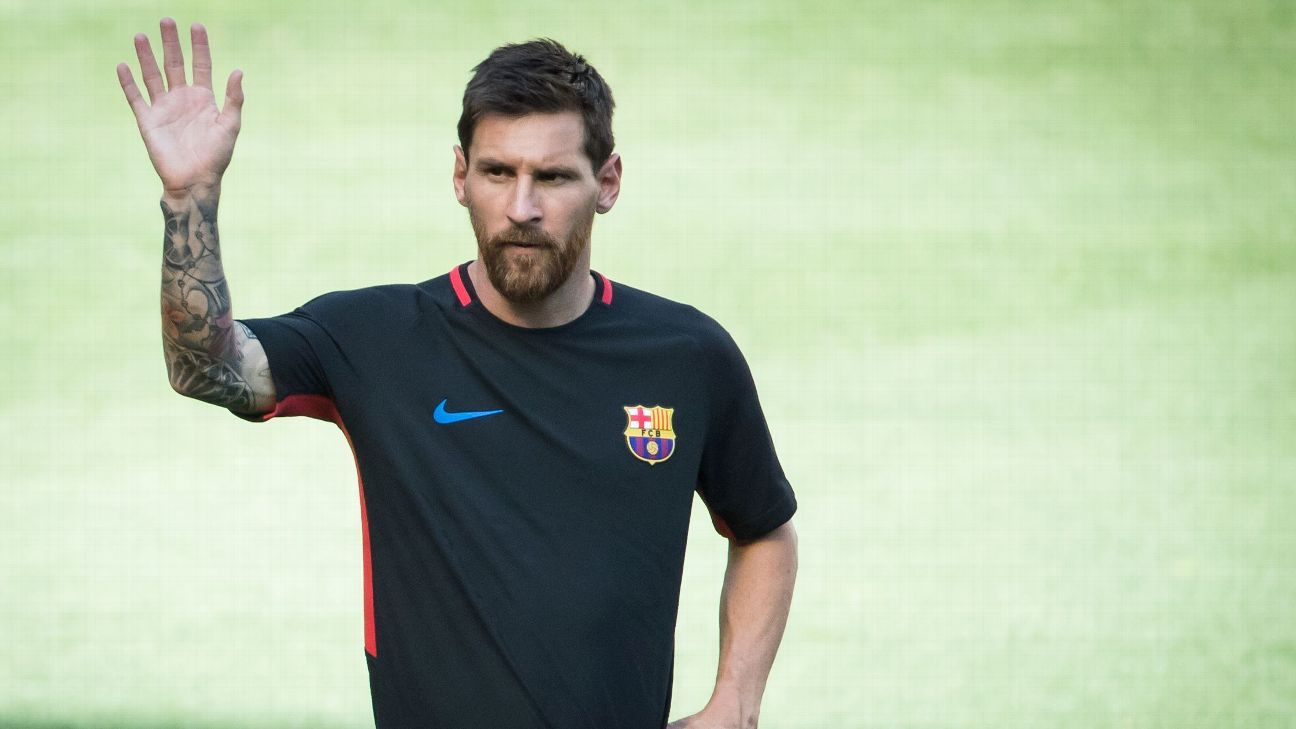 ESPN FC is “OnScene” in the United States for the International Champions Cup preseason tournament.

Stay in touch with everything we’ve been getting up to ahead of Juventus vs. Barcelona in New Jersey.

The man of the moment…

No surprise here… Neymar is named man of the match! pic.twitter.com/xUTupwDIG4

Meanwhile, Lionel Messi and Neymar took in their surroundings.

Less than 10 minutes to go on ESPN! pic.twitter.com/H1uE0KCwMI

The Juventus fans got something to cheer once Giorgio Chiellini pulled a goal back midway through the second half!

Goal, Juventus! @chiellini heads in the corner to make it 2-1! pic.twitter.com/LR9Dy12FAU

There was no stopping Neymar on Saturday night. He scored twice inside 25 minutes for Barcelona and celebrated with aplomb!

Neymar with a brace! Watch on ESPN! pic.twitter.com/Y49bQv6mRB

It’s a big day for Ernesto Valverde as he names his first official Barcelona XI. Definitely not a bad one, either!

And warm-ups were conducted with surprising rigour for a preseason friendly!

Let’s do this, New Jersey! pic.twitter.com/KcE4iC2AjB

Juve manager Max Allegri leads his squad into the stadium…

The boss leads the way for Juventus. pic.twitter.com/U8DzvHisoX

The lines were long to get into MetLife Stadium!

Juventus and Barcelona are in town. @MLStadium is sold out. pic.twitter.com/3nheKmKOZM

But some tried nonetheless…

Fan in an Argentina shirt cheered off the pitch after stealing a hug from Messi. Security were more fussed than Leo.

Please keep off the grass

You’re not getting near these players pic.twitter.com/bxlWiXYHtB

For all the latest on the ICC, which features some of the biggest club teams in Europe, check out our index.