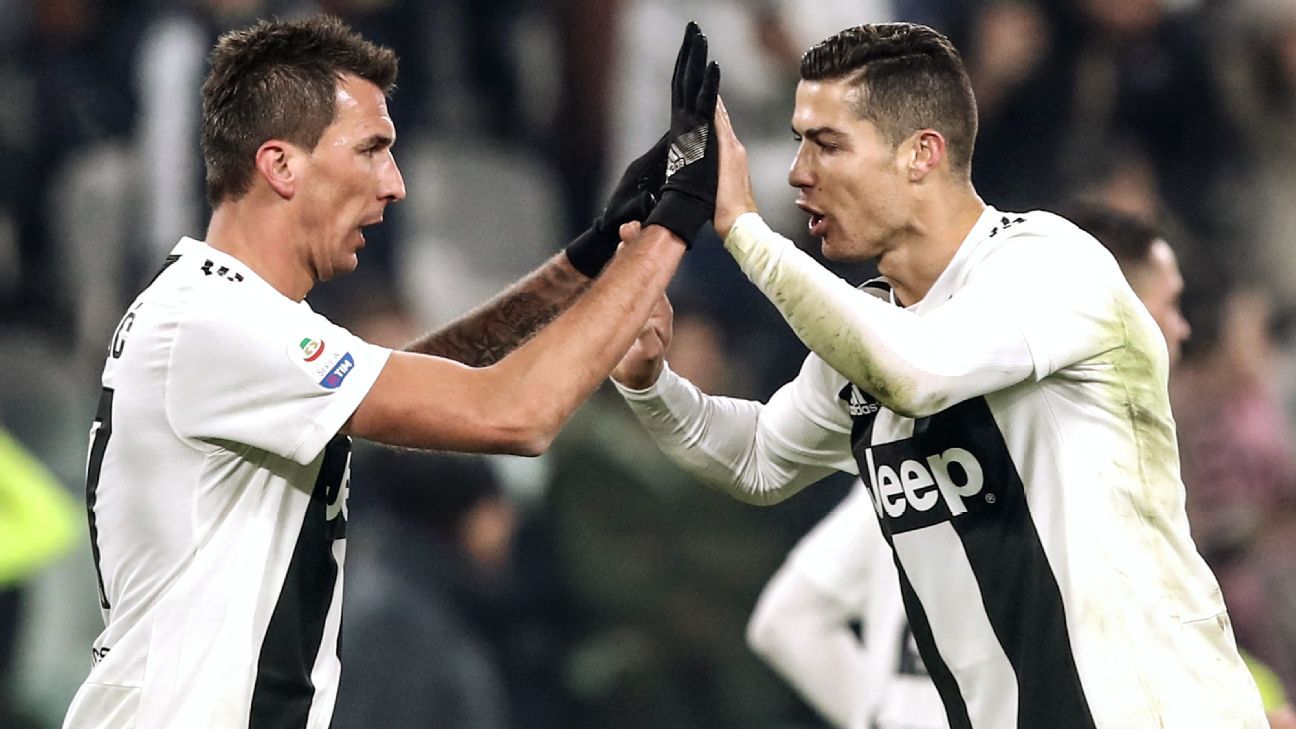 Juventus maintained their record-breaking start to the Serie A season with a 1-0 win over Roma that ensured they will go into the winter break on top of the table.

Mario Mandzukic struck a first-half winner to hand Juve their 16th win in 17 games, restoring their eight-point advantage over second-placed Napoli with two rounds to go before the halfway point of the season.

A 1-1 draw with Genoa in October is the only blot on Juventus’s otherwise perfect record, which is the best start that has ever been made to a Serie A season and one that has only been matched in Europe’s top five leagues by Barcelona in 2012-13 and Manchester City in 2017-18.

A trademark back-post header from Mandzukic opened the scoring on 35 minutes, as the Croatia international rose above Davide Santon to power the ball into the net.

Roma goalkeeper Robin Olsen made a string of saves to keep his side in the game, twice denying Cristiano Ronaldo in quick succession in the second half.

However, the capital club rarely threatened to find an equaliser and substitute Douglas Costa thought he had sealed the points for Juventus with his close-range finish in stoppage time, only for the goal to be disallowed for a foul in the build-up following a pitch-side VAR review.

Juventus sit on the summit of the table with 49 points from a possible 51, eight points clear of Napoli on 41, while the defeat sees Roma drop to 10th place and continues a poor run of form for Eusebio Di Francesco’s side.

Roma have won just one of their last seven games and Saturday’s defeat marked their eighth consecutive loss at the Juventus Stadium in Turin.