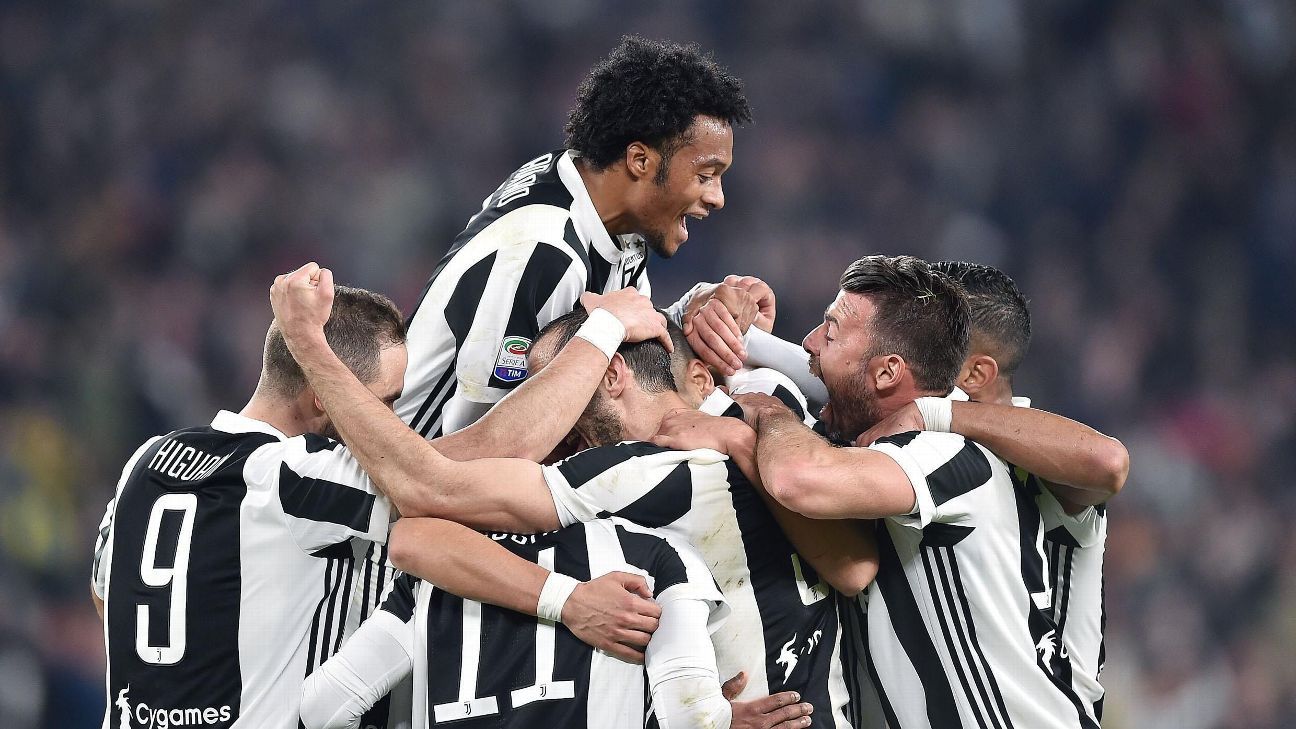 Reigning champions Juventus scored twice in the final 11 minutes to beat AC Milan 3-1 and open up a four-point gap at the top of Serie A.

Despite being largely underwhelming for much of the contest, substitute Juan Cuadrado and Sami Khedira both struck late on for a Juve side seeking a seventh-straight domestic title.

Second-placed Napoli could only draw at Sassuolo earlier in the day, though it had looked like the Bianconeri would drop points too after former Juve defender Leonardo Bonucci cancelled out Paulo Dybala’s opener for Milan.

Napoli’s surprising slip up meant Juventus kicked off still at the top of the table and with an opportunity to open up an even bigger lead.

They looked in the mood to do so early on as Gonzalo Higuain tested Milan goalkeeper Gianluigi Donnarumma from range.

The teenager was equal to that, but he was unable to keep out Dybala’s effort from outside the box shortly after. Miralem Pjanic rolled the pass into the Argentinian and took one touch before taking the shot early, with Donnarumma beaten by an effort that he should have kept out despite it skipping off the turf.

Milan responded well, though, and squandered an excellent chance to level when Andre Silva headed Hakan Calhanoglu’s back-post cross wide from around three yards out.

Calhanoglu’s deliveries were causing the hosts headaches and it was from his corner that Milan levelled in the 28th minute as Bonucci got between his former central-defensive partners Andrea Barzagli and Giorgio Chiellini to head home.

This was Bonucci’s first return to his old club after seven years with Juve and his early touches were jeered, so it was no surprise to see him celebrate the goal.

Either side of the break Milan were well on top and Calhanoglu’s brilliant effort from distance beat Gianluigi Buffon only to come back off the crossbar, with Suso’s follow-up attempt saved.

However, Juve manager Massimiliano Allegri turned to his bench and brought on Cuadrado for his first appearance of 2018 following a groin injury, and the Colombian made a huge impact.

Khedira, who up to that point had been largely anonymous in the contest, stood up a beautiful back-post cross to Cuadrado and his downward header back across goal restored the home side’s advantage.

Khedira then made sure of the victory himself three minutes from time as he steered in a low finish after brilliant reverse passes from Douglas Costa and Dybala.