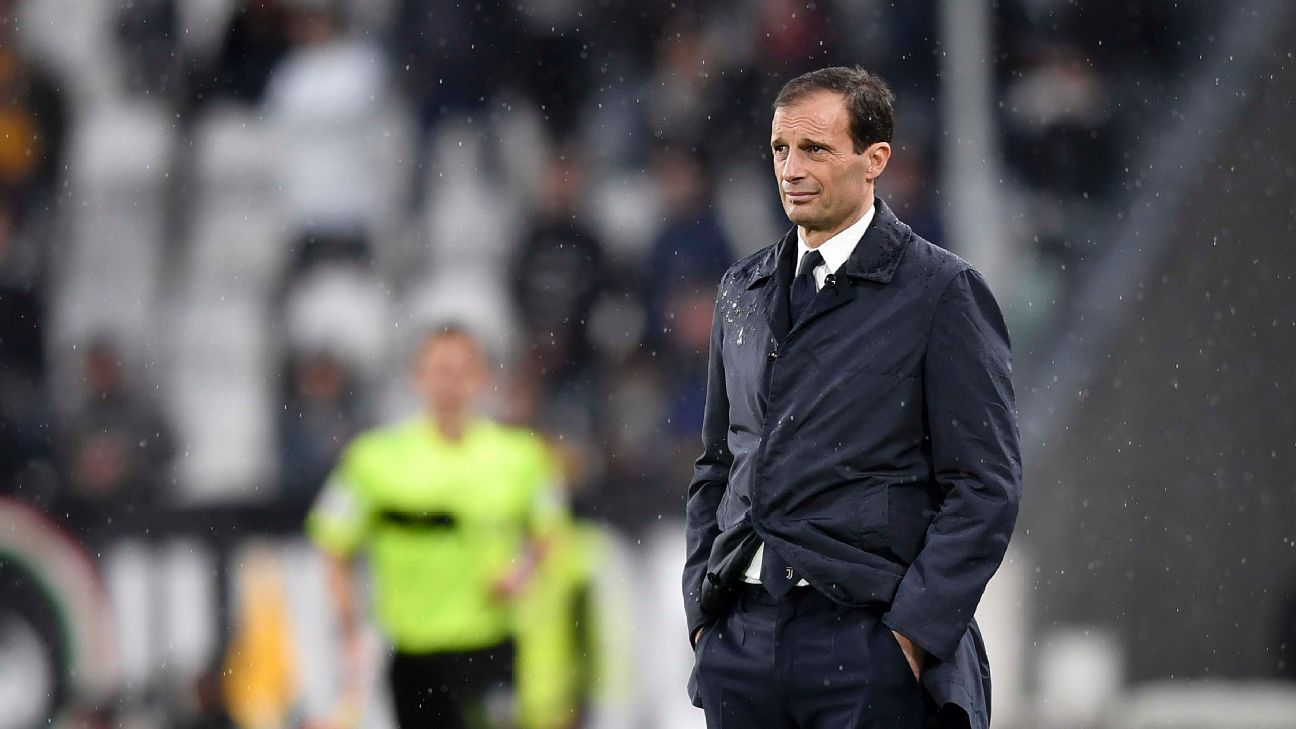 
Juventus coach Massimiliano Allegri says his side are now going to need “something extraordinary” to win their seventh straight Scudetto after taking a hit against Napoli on Sunday night.

The Bianconeri‘s lead over the Partenopei at the top of Serie A was cut to a single point at the weekend, but with away games at Inter Milan and Roma to come inside the final four fixtures of the season, Allegri has shifted the tag of favourites onto Napoli.

“We knew this season was going to be tough and Napoli are doing outstanding things,” Allegri said at an event organised by the Italian Olympic Committee on Rome. “We’ve got four games left and we’ve got a week to recover our energy and prepare this run-in as best we can.

Napoli travel to Fiorentina next Sunday, just under 24 hours after Juve’s trip to Inter, while they then face Torino, Sampdoria and Crotone in what appears on paper to be an easier run-in.

“You can’t take anything for granted in football,” Allegri continued. “The psychological aspect is very important and we’ve got to remain serene. The end of the season’s going to be exciting and very interesting for everybody — every game is going to matter.”

On Sunday night, Allegri said his side’s trip to the San Siro on Saturday will be ‘decisive’ in terms of the title race, but it could be equally decisive for their hosts’ hopes of joining them in the Champions League next season.

Inter are currently a point behind Roma and Lazio, who occupy Serie A’s remaining two Champions League qualifying berths behind Juve and Napoli, which is why they can ill-afford to drop points this Saturday.

At the same event with Allegri on Monday, Inter coach Luciano Spalletti told Sky Italia that the usual rivalry between the northern Italy clubs is not the main cause for his side’s fans to fill the stadium on Saturday.

“I hope Inter fans flock to the stadium to urge us on to a victory we need for our own objective [of the Champions League] and not just to hope for Juve’s downfall — this has to be the way all of us Nerazzurri reason,” he said.

“Roma and Lazio have an advantage in that they are one point ahead of us in the league, and that’s a lot considering there are only a few games left.

“People who have character and personality look forward to these kinds of games. Those who have more fear cannot wait for it to be Sunday already.”