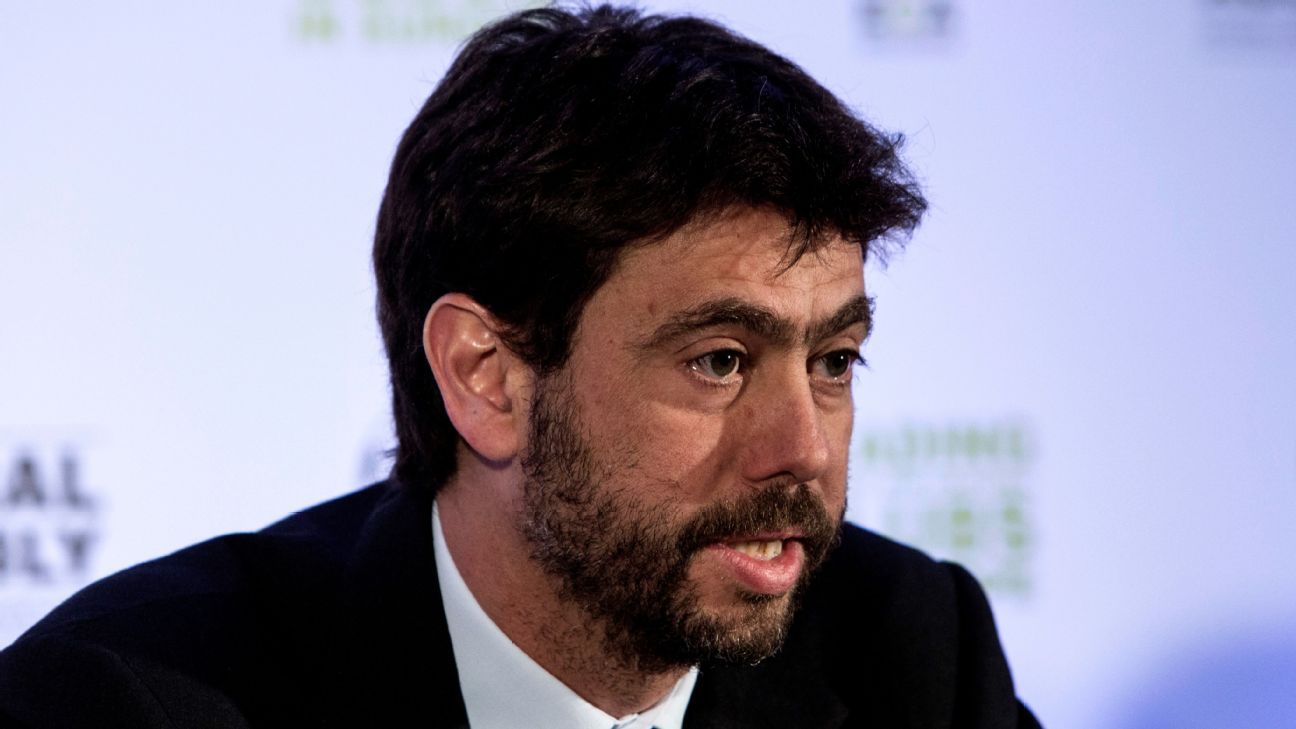 Agnelli was elected at a meeting in Geneva on Tuesday, the day after Bayern Munich CEO Rummenigge stepped down.

His club Juventus, for whom he has been president since 2010, reached the final of the Champions League in two of the past three seasons.

“My predecessor, Karl-Heinz Rummenigge, has set a great example and has set the bar of achievements at a very high level,” Agnelli said. “I am looking forward, together with the executive board and the administration, to build on his significant results as we manage ECA in the coming years.

“It is a huge honour and a great responsibility the European clubs have entrusted me with. I am looking forward to working closely with all stakeholders within the game in order to protect, promote and develop club football at all levels across Europe.”

Congratulations to Andrea Agnelli, President of @juventusfc, who has been appointed #ECA Chairman by the #ECA Board #ECAGeneralAssembly pic.twitter.com/ZV9Xvuu4ZR

Rummenigge, meanwhile, takes on honorary chairmanship at the ECA after stepping down.

“I am deeply honoured that ECA members have bestowed upon me the ECA honorary chairmanship,” Rummenigge said. “It has been a real pleasure to serve European club football over the past nine years as ECA chairman and this new honorary role will allow me to maintain strong links with this association for which I have so much affection.

“As I look back on my career in football, my time as ECA chairman will always bring very strong memories: not only our significant achievements for club football, but also the lifelong friendships I have developed with my colleagues within the ECA family.”