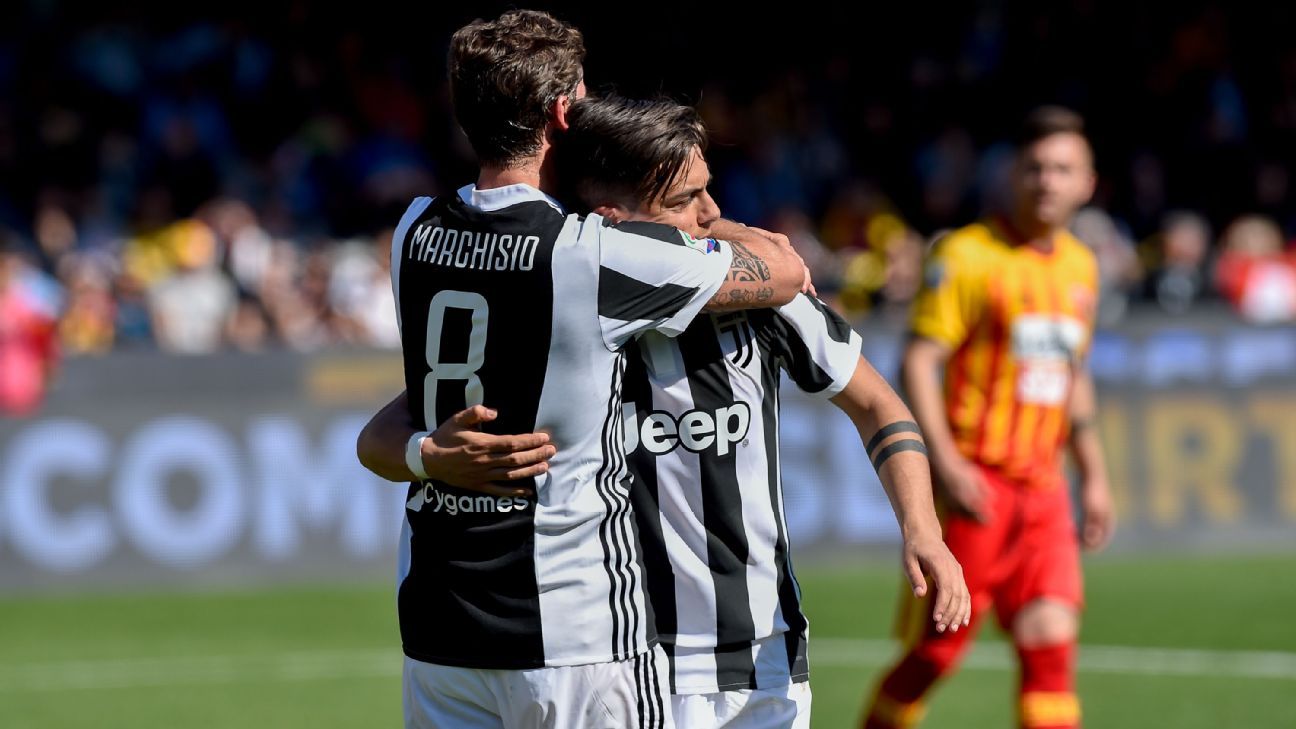 
Juventus boss Massimiliano Allegri saw his team take another stride towards Serie A glory and told them to show Real Madrid their true colours at the Bernabeu.

The Scudetto is not yet wrapped up, but a 4-2 win at Benevento on Saturday allowed Juventus to build a seven-point cushion over Napoli.

That was a lead they knew could be clipped to four on Sunday when the second-placed Neapolitans play Chievo.

After the disappointment of losing 3-0 at home to Real Madrid in the first leg of their Champions League quarterfinal last Tuesday, Allegri wants it to be a different story in Madrid on Wednesday.

Madrid also mauled Juventus in last year’s European final so there is a score to settle.

“You can have no complaints when you lose 3-0 but for the first hour it was more evenly matched than the final in Cardiff and the games [in this season’s group stage] against Barcelona,” Allegri said on Saturday.

“The whole world will be watching on Wednesday and we have to produce a top performance.”

Paulo Dybala scored a hat trick against Benevento, including two penalties, and victory was wrapped up by a terrific long-range strike into the top corner from Douglas Costa.

Benevento twice netted through Cheick Diabate, each time getting them back to level terms, before Juventus pulled away to secure the victory.

Allegri, though, felt there was room for improvement in his team’s display.

He told the Juventus website the team “ran too many risks,” adding: “We let our opponents have too many chances.

“We must defend better when we’re in our own half. We were good at closing them down in their half but we did less well when we were on the back foot.

“We’ve been allowing the opposition too many shots recently and you get spells like this over the course of a season. The main thing is you’re aware of it and you try to avoid it in the next game.”

Benevento sit at the foot of Serie A, with relegation looking inevitable.

Juventus have eyes on the trophy and Dybala said the Turin outfit can seal the title in style by winning all seven of their remaining league games.

Dybala said: “Napoli won’t go away so we need to remain calm and focused, because we control our destiny.”