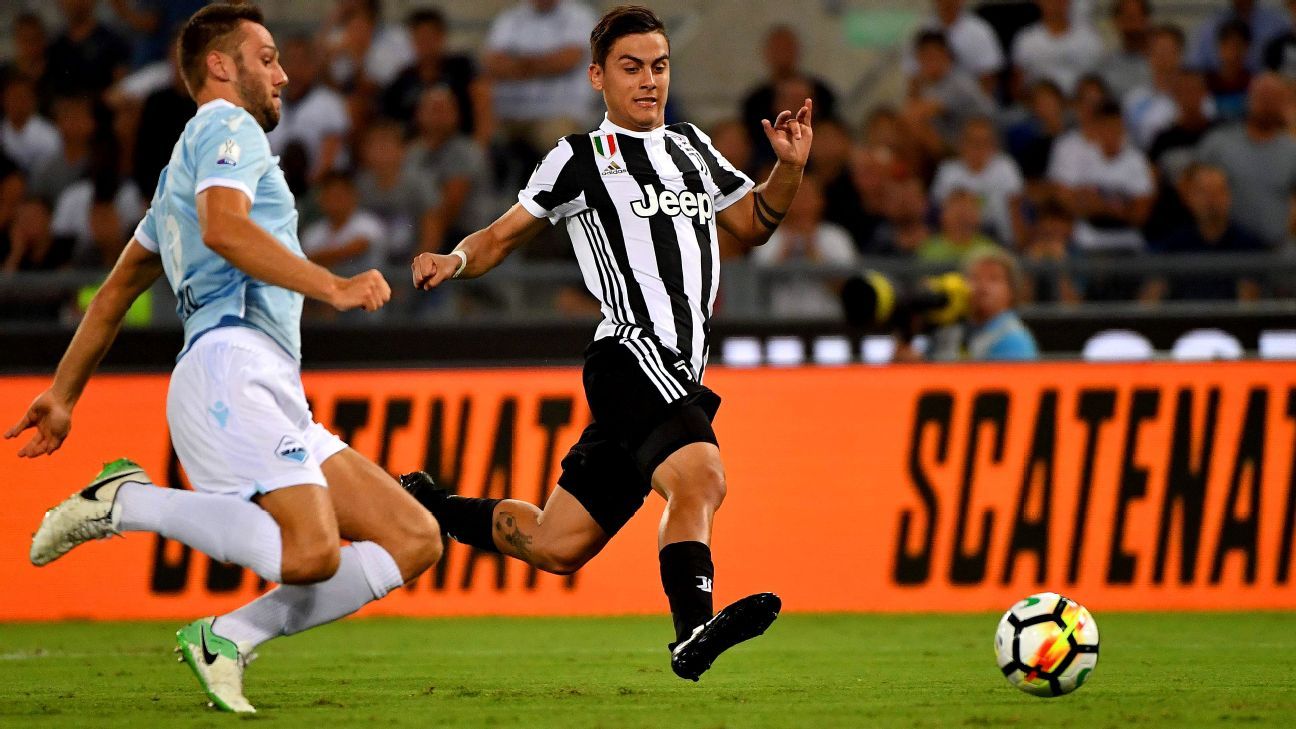 
“We have to turn over a new leaf, think of the next match and be aware that we must become more mature, because what we saw tonight was a small-team mentality,” explained Paulo Dybala after Juventus’ 3-2 loss to Lazio in the Supercoppa Italiana.

Donning the No. 10 jersey for the first time, Dybala is keen to live up to what is expected from a player with that shirt number. While the youngster did admit he too didn’t play so well on Sunday evening despite going on to score a brace to briefly level things out, he is the player whose mentality causes the most concern.

A forward who boasts sublime talent, Dybala is a magician when he is in his element. If things go his way and Juventus are on top in a match, the playmaker comes to life, moving between the lines to overwhelm the opponent and split apart the strongest defences.

However, what he is yet to learn is how to be a leader on a consistent basis. We perhaps shouldn’t expect too much from one who is still developing, but his performance in the Champions League final was beyond disappointing.

While many will point to Gonzalo Higuain’s average display or Dani Alves’ indiscipline to leave Andrea Barzagli exposed, the one who simply shut down and collapsed mentally was Dybala. When Juve bought Higuain, they knew what they were purchasing: a lethal striker certainly, but one who cannot create his own chances and must be afforded good service. As for Alves, indiscipline is part of his game largely due to his love of offensive football.

Dybala, however, was supposed to have learned his lessons and matured. The penalty miss against Milan in last year’s Supercoppa was past him; Max Allegri spoke of how he had grown and against Barcelona, the diminutive genius demonstrated his talent to awaken the world’s interest. One yellow card in the final and Dybala fell apart, vanishing from the game to devastating effect.

Of course, tactically Zinedine Zidane addressed all his side’s problems from the first half to deliver a perfect strategy in the second, and playing against Galacticos will always be difficult. But more was expected from Dybala, especially for a player who seems to have been rewarded with the shirt number the likes of Alessandro Del Piero and Michel Platini once wore.

Can Dybala handle the pressure of the No. 10 jersey? Based on Juve’s first competitive match of the season, we can be optimistic. But if Dybala truly wants to be the next Ballon d’Or winner and capable of upstaging the world’s best to earn Juventus the Champions League trophy they covet, then he’ll need to prove to be the consistent leader the team needs in the big matches — and that means more than regurgitating Alves’ criticisms of the small-team mentality that exists at Juve.

In this modern age of football, there is no such thing as a young player. At Dybala’s age, Cristiano Ronaldo and Lionel Messi were dominating, while players like Kylian Mbappe are proving themselves in all the right games. At Juve, there is no room for inconsistency, and the Bianconeri can only hope that this season, Dybala will overcome the weight of pressure and express that potential on the big stage,

The Champions League is and will always be Juventus’ priority. Too many failures at the final hurdle are bound to have a negative effect on the team going forward, and Allegri’s job will prove much more difficult this season. For one thing, the team lacks tactical balance, and defensively the Bianconeri are a shamble.

Allegri is a notoriously slow starter, and it takes him a few months to discover the right tactic and translate his ideals to his squad. However, what the side cannot afford is a lack of humility.

At the start of last season, Juventus hardly thrilled with their style of football, but they still won their matches. The team must recover that fighting spirit. Napoli, Inter, Milan and perhaps a few others will be gunning for the title, and the Old Lady must prove why they are still everyone’s favourites to win the Scudetto for an unprecedented seventh time.

Blaise Matuidi should soon arrive to provide help in midfield, while Juve have certainly upgraded their players on the wings to bolster the attack. But until they recover their comfort in the defensive phase of the game, chances are they will continue to suffer.