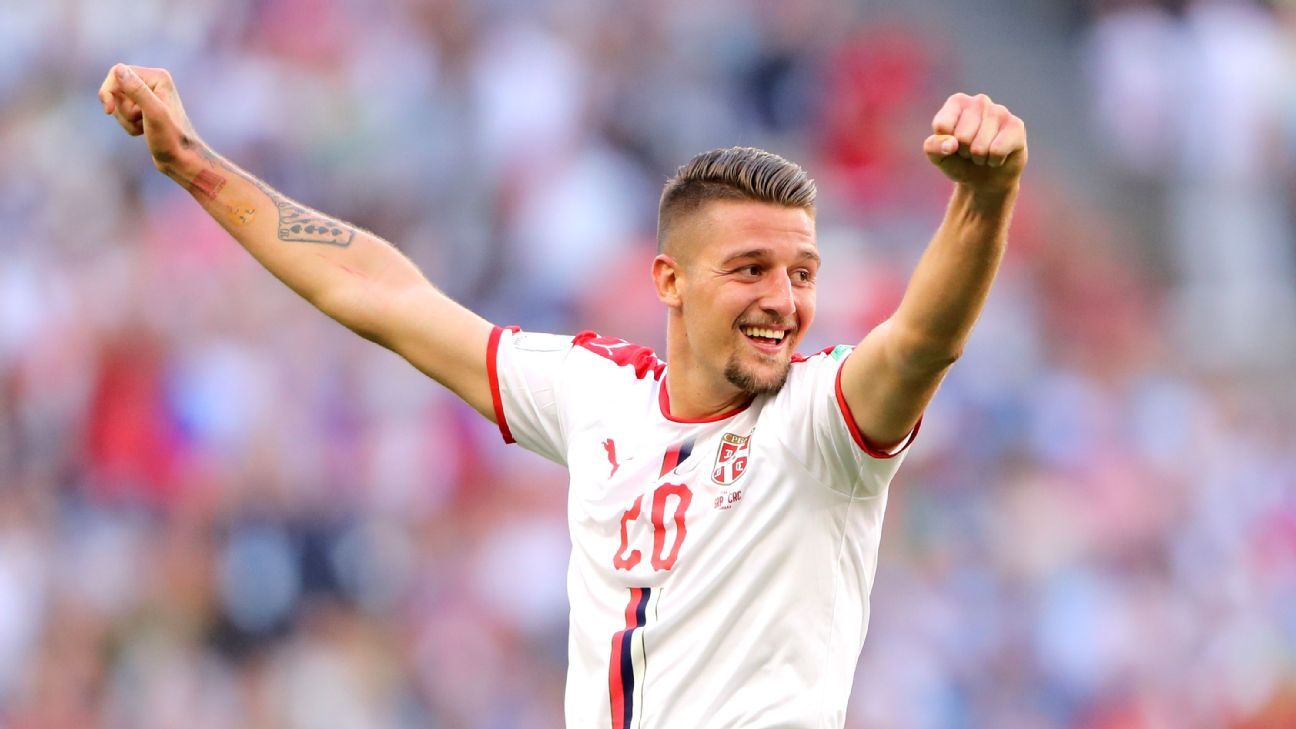 
The father of Lazio midfielder Sergej Milinkovic-Savic believes a move to Juventus this summer would help him follow in the footsteps of Zinedine Zidane and win the Champions League and Ballon d’Or.

The 23-year-old still has four years left to run on his contract, but he is being tipped to move on this summer with Juve, Real Madrid, Paris Saint-Germain and Manchester United all being linked with bids.

Remaining in Italy would be his father’s preference, however, and he believes Juve can offer his son all he could need.

“[He’d be] great there, and I’ve told him this many times,” Nikola Milinkovic told Tuttosport. “They would be the perfect club for my son. In Turin, at a prestigious club like the Bianconeri, who have won many titles and have been dominating for years, he would have the opportunity to grow and improve to reach his full maturity.

“After three years with Lazio, Sergej knows perfectly the Italian league and he’s settled in really well, also managing to learn the language well. With players of the highest level, such as [Paulo] Dybala, Douglas Costa and Co., he could win the Scudetto, the Coppa Italia and make a big contribution towards winning the Champions League — why not?

“Juve always go very far in this competitions and, if they were to win the most prestigious cup of them all, Sergej could even aim for the Ballon d’Or. Only if you play at one of the big clubs in football can you be among the candidates for the Ballon d’Or.”

Milinkovic said a few years in Turin would be a stepping stone to an eventual move to Madrid.

“It’s true, but he could go to Spain after he’s 25, when he’s fully matured as a footballer in Italy,” Milinkovic said. “Just like Zidane did.”

Milinkovic-Savic played the full 90 minutes of Serbia’s 1-0 win over Costa Rica at the World Cup on Sunday.

The midfielder had 12 goals in 35 games in Serie A last season and featured in eight Europa League fixtures in his third season in Italy.