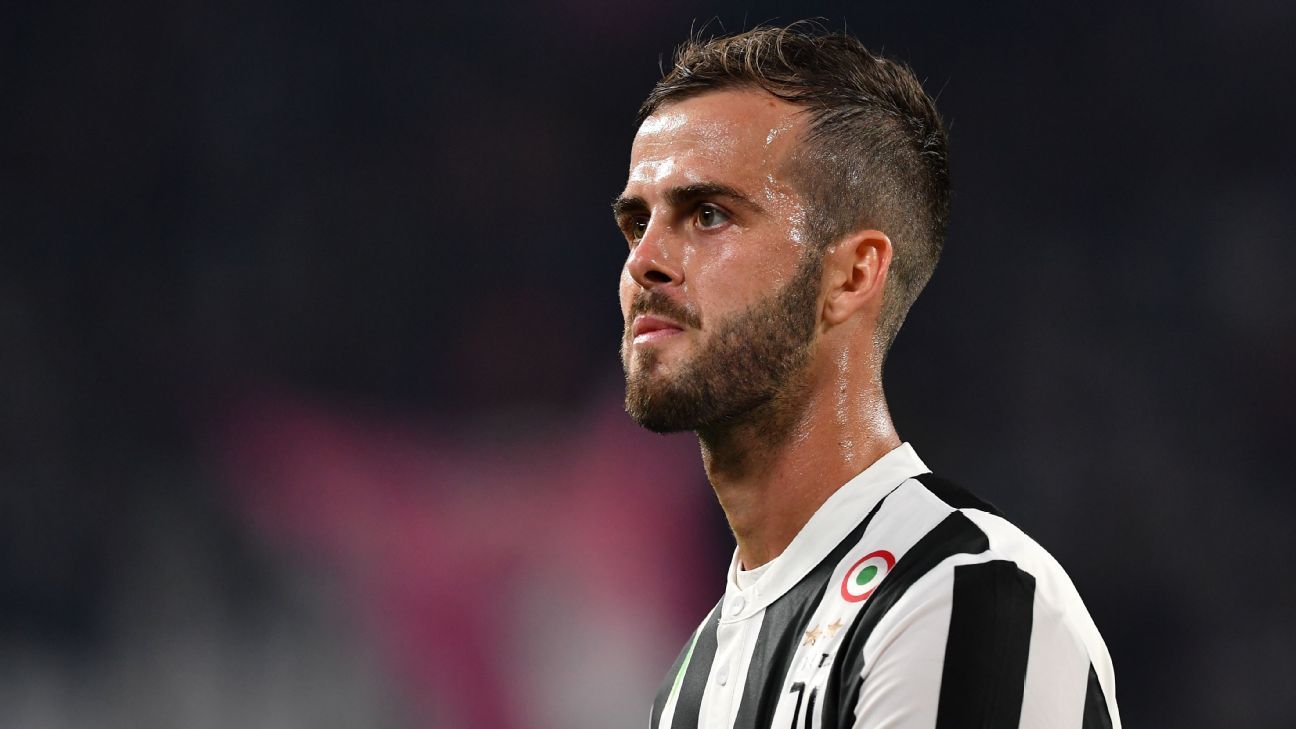 
Miralem Pjanic is expected to miss Juventus’ games against Atalanta and Lazio after straining his quadriceps prior to the Bianconeri‘s 2-0 win over Olympiakos on Wednesday.

Pjanic will miss Bosnia and Herzegovina’s decisive World Cup qualifiers against Belgium and Estonia after being ruled out for almost three weeks — an absence that could also see him miss Juve’s next Champions League fixture against Sporting Lisbon.

“Miralem Pjanic underwent medical checks this morning that revealed a strain of the quadriceps muscle in his right thigh, sustained during the warm-up session just before kick-off of yesterday’s Champions League match against Olympiacos,” a statement on Juve’s official website read.

“Initial examinations suggest it is a Grade 1-2 strain, but the midfielder will undergo further checks in order to set a clearer timescale for his return to action.”

Despite the setback, the 27-year-old is optimistic about the future after being trialled in a new playmaker position in recent outings for Juve.

“I’m feeling good here at Juventus,” he said. “I’m raising my game and developing as a player. I like to play ‘clean’ and precise passes to my teammates and stretch the field with long balls forwards or sideways. I’ve the licence to express myself and play to the best of my abilities.

“My teammates have helped me in all of this. To play alongside champions and pit my wits in big cup finals is also crucial experience. That’s something that fills me with immense motivation and a desire always to give my best.”

Juve travel to face Atalanta on Sunday, looking to extend their six-game winning start to the season.

Pjanic hopes that Gonzalo Higuain will help after silencing his critics with the opening goal at the Juventus Stadium on Wednesday.

“We’re really pleased for him,” Pjanic said. “He’s one of the best strikers in Italy, if not the best. It’s completely natural for any player who’s on the bench to want to be playing out on the pitch. Gonzalo is back amongst the goals and hopefully he can enter a purple patch now.”