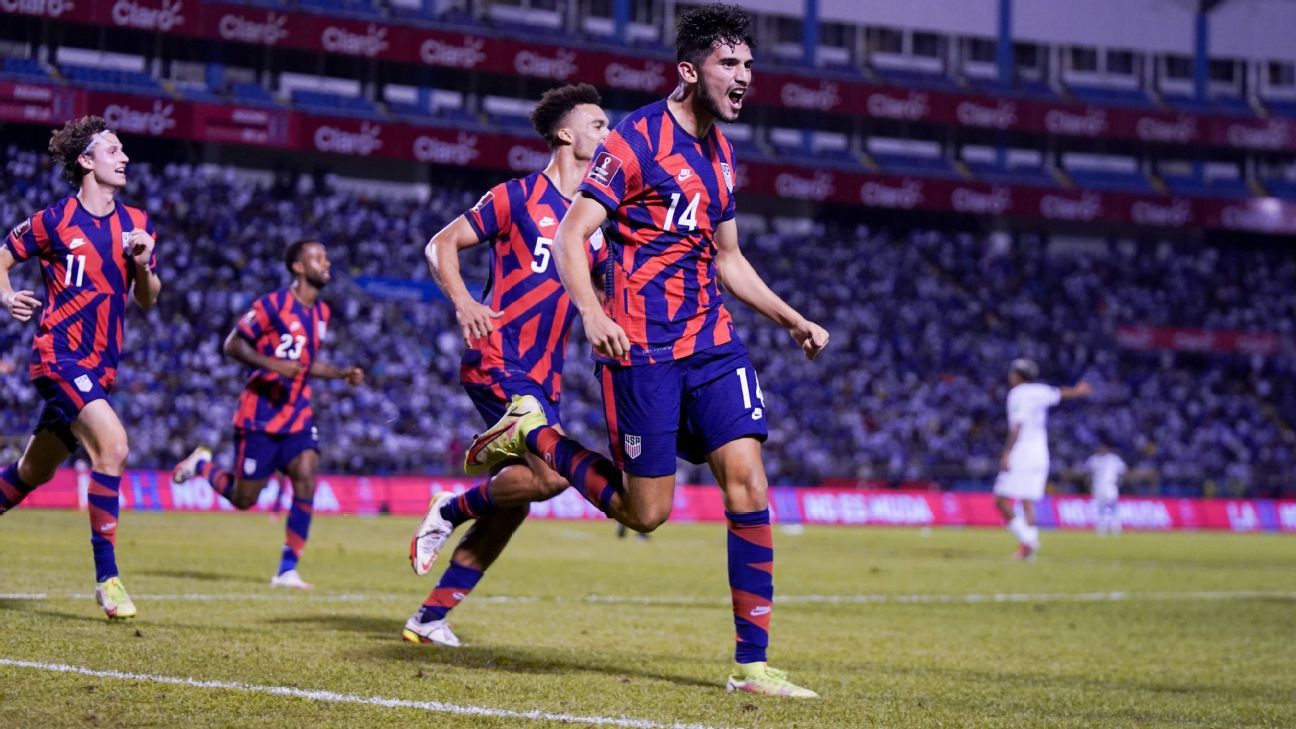 
The summer transfer window is closed for the top leagues in Europe! After a summer full of international football, countless clubs waited until the last minute to pull off their transfers. See all the major deals here and check out how we graded the biggest signings. But just because the window is shut until January, that doesn’t mean the rumours won’t keep coming.

Juventus and AC Milan are interested in FC Dallas wunderkind and United States forward Ricardo Pepi, according to Calciomercato.

The 18-year-old has shown promise in MLS, registering 12 goals and two assists in 24 appearances, and scoring a goal and adding a pair of assists in his international debut with the U.S. That’s attracted a lot of interest across European, with the two Serie A clubs joining a list of those eyeing the youngster.

Juventus are said to be in talks with the player’s agent, while Milan have held talks with Dallas over a potential move. Rival Italian sides Bologna and Fiorentina were interested in the Texan last summer but failed to secure a deal for him.

Bayern Munich are also reportedly interested in the striker and have the advantage of a partnership with Dallas. Pepi was one of a number of players who trained with the Bundesliga outfit in the offseason as part of the arrangement, one that’s seen the likes of Chris Richards and Justin Che join the Bavarian outfit.

He is the youngest-ever player to score a hat trick in the MLS, and if he continues to rewrite the history books in Dallas, a move to Europe is surely on the horizon.

– Despite only signing him this summer, Barcelona may have to kick off contract talks with Memphis Depay next year. Mundo Deportivo reveals the forward’s contract runs until 2023 and has no option for another year — a clause the club had initially planned for. It means that by the end of the season, the Netherlands international will only have a year left on his deal and the Blaugrana may be forced into offering fresh (presumably improved) terms or risk losing the 27-year-old on a free transfer after just two seasons in the Catalan capital.

– Barcelona are eyeing a move for youngster Alberto Moleiro from UD Las Palmas, according to Sport. The 17-year-old has been playing regularly in LaLiga 2 at the start of this season as an attacking midfielder with Ronald Koeman’s side interested in youth with lots of potential in Spain.

– Juventus are planning a move for Fiorentina striker Dusan Vlahovic next summer, with the January window recruitment centred around bolstering the midfield. Tuttosport reports that the Bianconeri are ready to compete with other European clubs to land the 21-year-old next year as an alternative to Erling Haaland and Kylian Mbappe, who both are likely to move in significantly more-lucrative deals.

– Inter are interested in Atalanta midfielder Ruslan Malinovskyi but are unlikely to match the valuation set by their Serie A competitors. Calciomercato reports that the La Dea wouldn’t consider sanctioning the departure of the 28-year-old for any transfer fee below €30m, just two years after signing him for €13m from Genk. The Ukraine international is still on the radar of the Nerazzurri, who he scored against on Saturday.