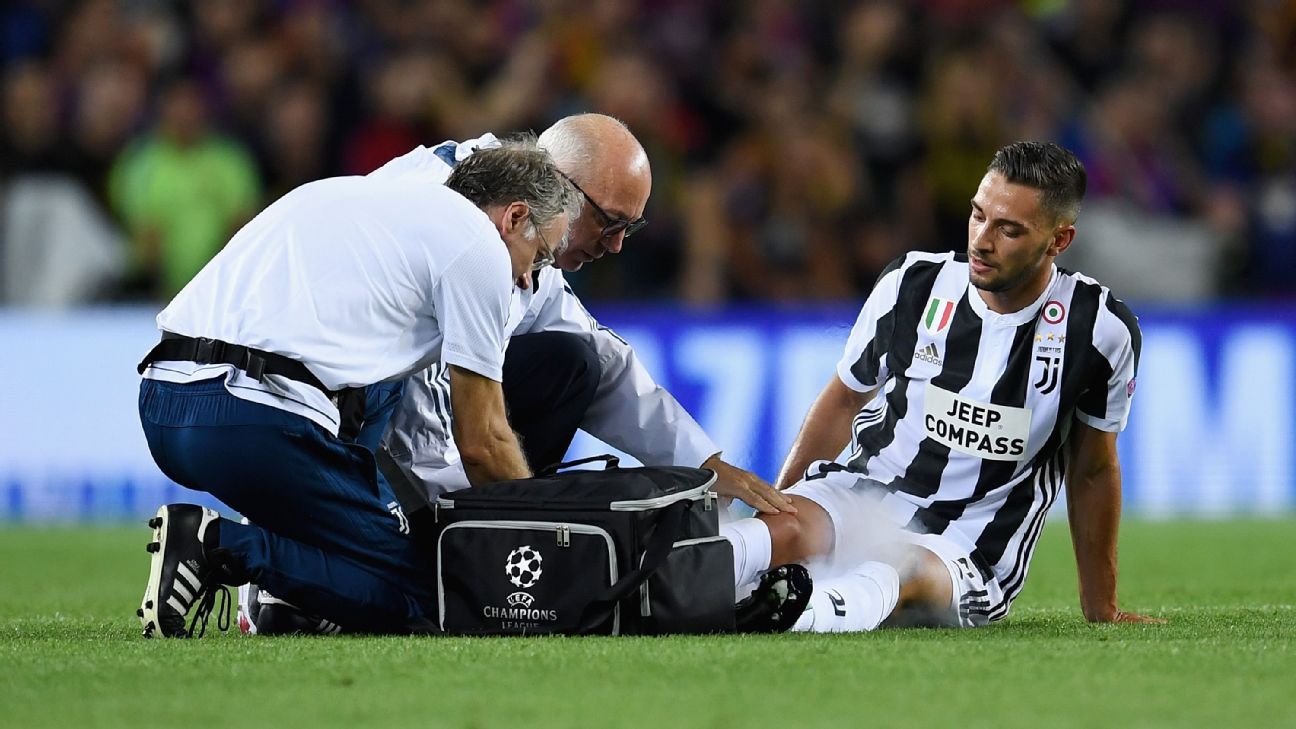 
Juventus defender Mattia De Sciglio has not suffered a serious injury after his early exit from the Champions League game against Barcelona on Tuesday night.

De Sciglio pulled up four minutes before half-time of the Group D opener, in which Juventus were beaten 3-0 at the Camp Nou, and was replaced by Stefano Sturaro.

But after initial reports in Italy said the 24-year-old had suffered a sprained ankle, Juventus confirmed that there was no major damage.

“Mattia De Sciglio had medical tests today to determine the extent of the injury he suffered last night against Barcelona,” the Bianconeri said in a statement.

“The tests at J-Medical excluded any serious injuries in the affected area (the third distal of the right leg).

“However, in view of the short time since the injury, additional daily clinical monitoring, as well as additional checks will be required in the coming days.”

De Sciglio remains unlikely to face Sassuolo in Juventus’ next Serie A test on Sunday.