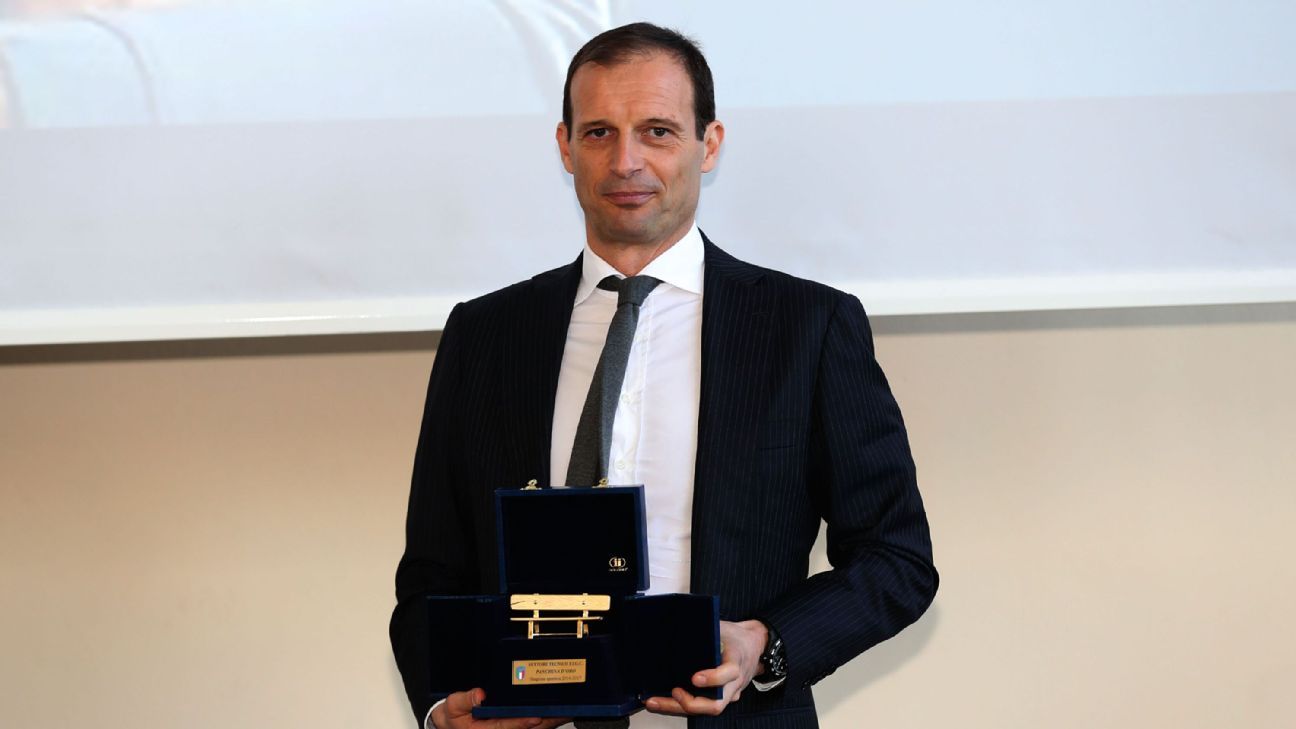 Allegri led Juve to a sixth straight Scudetto, a third consecutive league and cup double and a second Champions League final in the space of three seasons.

He thanked his players when he picked up the Panchina d’Oro award in Coverciano and wished his colleagues well throughout the remainder of the season.

“I would first of all like to thank my extraordinary players who have been giving me and the club enormous satisfaction for several years,” Allegri said after receiving the award. “I dedicate this award to my staff, who allow me to be here today with their help, and I also thank my club, who allow me to sit on such a prestigious bench.

“I wish all coaches the very best of luck for the remainder of the season, although a bit less [to] Sarri.”

Juventus lead Napoli by two points heading into the final nine games of the season and they will welcome their title challengers to the Allianz Stadium on April 22.

“It’s going to be neck and neck to the end between Juve and Napoli,” Allegri said. “We’ve got three big tests: against Napoli at home, then away to Roma and Inter Milan, and we’re going to have to be calm heading into the final stages of the season, which is going to be amazing.

“We’ve got a Champions League quarterfinal against Real Madrid and a Coppa Italia final, while we’ve got AC Milan straight after the winter break and they are in excellent form.

“Since [Gennaro] Gattuso took over, he’s put things right and given order to the team and they’re getting great results. It’s going to be a tough game, but we’ve got to try to win it so we stay top, and then we can prepare for Real.”

Allegri is counting on an in-form Paulo Dybala to see Juve through the challenges ahead, saying he’s “still got room for improvement, but is destined to be one of the best in the world.”

He added: “Not being called up by Argentina [for friendlies] should motivate him even more because he’s still got every opportunity of earning a place at the World Cup. He’s got to be focused on this end of the season and we have all got to be ambitious when we face the best, like Real, as we search for a seventh straight title, which would be an achievement that would be hard for any other club to match.”

Sarri won the award, which is voted for by all Serie A coaches, for the 2015-16 season after Allegri had taken it in his first season with Juventus.

Antonio Conte had won the award the previous three years, and it is Allegri’s third honour after also winning in 2008-09 when he was in charge of Cagliari.