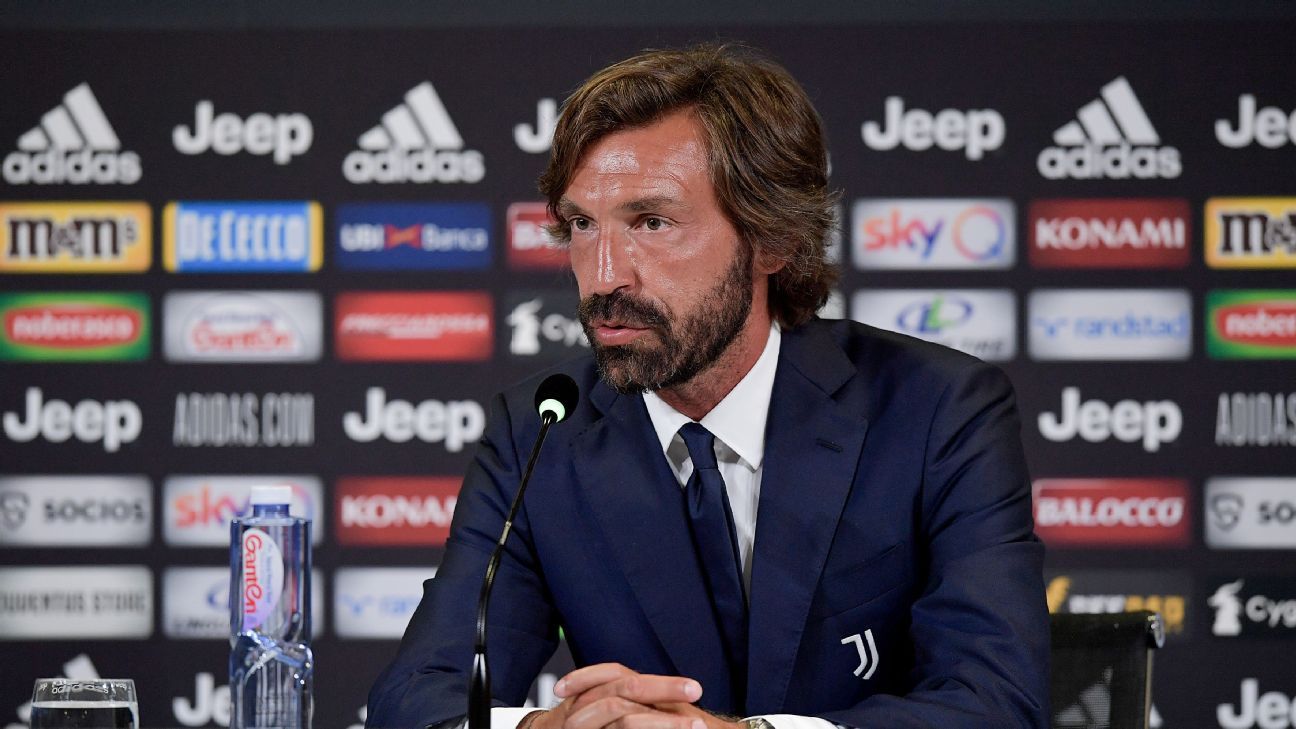 
Saturday’s announcement that Juventus were hiring Andrea Pirlo as first-team manager made shockwaves, but it’s not the first time they’ve picked a former club legend with no experience as a number one.

Ciro Ferrara was appointed with two games left in Juve’s 2008-09 campaign, and he stuck around the following season. Barcelona had promoted a young youth-team coach named Pep Guardiola the previous summer, and things had turned out rather well: it was very much en vogue at the time. Ferrara never turned into an Italian Pep and lasted until his sacking in January 2010.

If you want to draw parallels between his appointment and Pirlo’s, there are plenty. Each became a legend at another club (Napoli in Ferrara’s case, AC Milan in Pirlo’s) before joining Juve in mid-career. Both worked for Sky Italia. Ferrara was an assistant with the Italian national team, Pirlo agreed to be part of Roberto Mancini’s staff only to then pull out due to prior sponsor commitments. Both were 41 years of age when they were appointed to the Juventus job.

This is not to say Pirlo’s tenure will end up like Ferrara’s. That was a different Juve, with different men in charge and different circumstances; this one has won nine straight titles, that one was fresh off promotion to Serie A and emerging from the Calciopoli scandal. Rather, it’s to note that while Pirlo’s appointment may have taken many off guard, we’ve been here before — and in Gianluigi Buffon‘s lifetime, no less.

The vibe coming from Juve, however, obviously isn’t about Pirlo emulating Ferrara. It’s about him following in the footsteps of another great who was elevated without significant prior experience: Zinedine Zidane.

Zidane’s name comes up repeatedly in conversations with people familiar with Juventus’ thinking. It’s not a perfect parallel — Zidane had been retired for 10 years when he replaced Rafa Benitez in January 2016, but he had held various assistant and youth-team gigs at the club — but Zidane and Pirlo share qualities that Juventus value.

Both are generally quiet, thoughtful men, the sort who lead by example on the pitch but also the sort who, when they do speak, people tend to listen to. Both reek charisma, a sort of understated cool that goes beyond their (however immense) achievements on the pitch. Both have worked under and absorbed the teachings of top coaches, both pragmatists and dogmatics, and both, it is thought, lean towards the former while entirely understanding the latter.

And both are seen as Ronaldo whisperers.

Just as Zidane’s appointment in 2016 hinged on his relationship with Cristiano Ronaldo and the belief that he could best harness the Real Madrid No. 7’s talents (after some decidedly stormy moments under Benitez), so too is this choice about the Portuguese superstar. It couldn’t be otherwise. He has two years left on a contract, which — when you factor in wages and amortization — will cost Juve some $185 million. He held up his end of the bargain this season, scoring 37 goals in all competitions, including two against Lyon when they were knocked out of the Champions League on Friday.

For better or worse, Juve are committed to him. They’ve put all their chips on CR7 and there’s no turning back, so they had might as well give him the best possible platform to succeed — incidentally, one of the reasons, though by no means the only one, Maurizio Sarri is gone. The coach who built his entire team play and reputation on “the collective” tried to reinvent himself as something else to accommodate Ronaldo — and failed. Juventus were neither fish, nor fowl — just a group of individuals. With this version of Ronaldo on the pitch, “Sarriball” was impossible and the milquetoast, watered-down football Sarri produced himself was ineffective.

Can Pirlo do better? What Juve are hoping for is that he channels the credo of the coaches who shaped his career. Starting with Carlo Ancelotti, who made the journey from dogmatist to pragmatist and, starting in his Milan days, always believed that you fit your formation and style of play to the personnel available and not the other way around. This is also pretty much what Zidane did after taking over from Benitez.

In some ways, it’s really Juve’s only option. This is not a team that can be rebuilt, let alone revolutionized, right now, nor should it be. They are stretched financially and their eggs are in the Cristiano basket. But there’s more than enough for Pirlo to work with.

Wojciech Szczesny has turned into a very good goalkeeper. At center-back, Matthijs De Ligt and Merih Demiral (now that he’s fit again) will continue to grow, and you can squeeze another year or two out of Leonardo Bonucci. Alex Sandro can be solid on the left. Up front, Paulo Dybala was Serie A’s player of the year for a reason, Ronaldo is still productive and a difference maker, and you get the added benefit of a force of nature like Dejan Kulusevski to freshen things up.

However, major surgery is required in midfield, where it’s not clear who got the better of the Arthur–Miralem Pjanic swap and the Panini-sticker collection of high-priced free agents (Sami Khedira, Aaron Ramsey, Adrien Rabiot) have been a disappointment in the past few years. That will be his biggest challenge.

But Pirlo has something else on his side, and it’s another reason why he was chosen over more-accredited alternatives like Mauricio Pochettino or Simone Inzaghi: time and goodwill. Juve fans greeted Sarri with all the enthusiasm you might muster for a trip to the dentist. His mystique was all about the football on the pitch, and considering it was atrocious at Juve, all he had left to muster the troops was his charisma, which ranks somewhere between that of a tax accountant and a can opener.

Juventus have always seem themselves as a “results-first” club, but given the emptiness of this last Scudetto — their ninth in a row — there is reason to believe that many are willing to trade a season of growth and perhaps a run in the Champions League for yet another grind to the top of Serie A, especially if it’s as joyless and soulless as this year’s. Pirlo will get that benefit.

Gab Marcotti dissects why Juventus may have appointed Andrea Pirlo over a few other high-profile candidates.

The other reason Pirlo was appointed is rather more cynical. A Pochettino (or even an Inzaghi) would have demanded investment, and maybe even some flexing of muscle towards the senior stars, most of whom are too old or too well paid to shift — you’ll recall even Sarri tried to offload Dybala. Pirlo, in his very first job, is unlikely to do that. He will have been told what’s realistic and what’s not and accepted it.

(If you really want to get even more cynical, there’s a Plan B some Juve fans have long dreamed about. Zidane’s contract in Madrid expires in 2021. He may extend it, he may have zero interest in returning to Turin, but at least there’s an option to pursue down the road that you wouldn’t have if you were tied down to a massive multiyear deal for a Pochettino or even the return of Massimiliano Allegri.)

Pirlo may or may not become a great manager. What’s pretty evident is that either way, we likely won’t find out in his first year at the club. There are too many hurdles, too many handicaps, too much inherited baggage to judge him fairly, no matter what he does.

From Juve’s perspective, that’s not a bad thing. Best-case scenario: he turns into a bearded version of Zidane, quietly but firmly getting his superstars to punch their weight and putting the players first. Worst-case scenario: Juve downshift for a season or two, without taking a major hit financially, the high-priced underachievers finally leave and they lay the foundations for a rebuild with a different manager.

Columbus Crew vs. Chicago Fire FC – Football Match Report – June 19, 2021
Spain government’s ‘historic debt’ as women’s top division made professional
France’s stars rolled up their sleeves to beat Germany. Here’s what else we learned from first round of games
Why France vs. Germany could be Euro 2020’s game of the group stage
Gattuso the new target as Fonseca talks break down