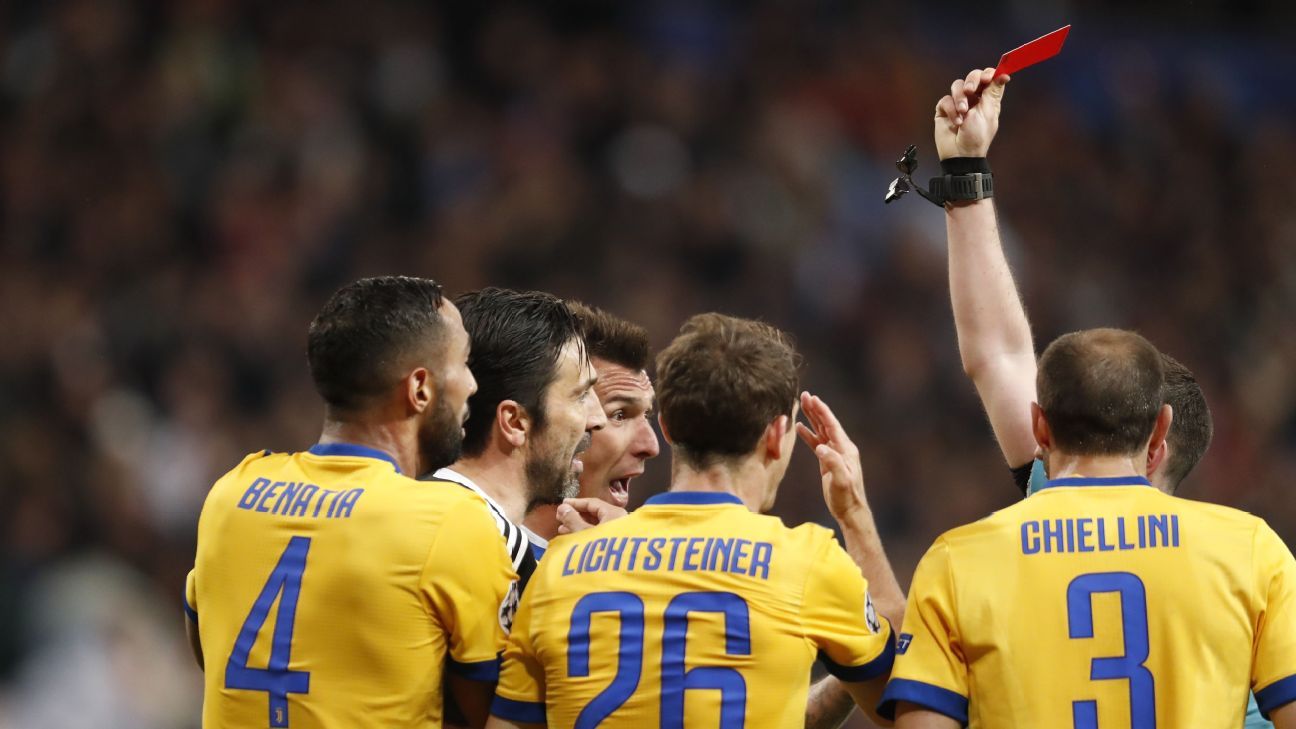 European football’s governing body said it was charging the 40-year-old with breaching its “general principles of conduct” after his tirade. The case will be heard on May 31.

Buffon faces an extension to the automatic one-game ban for his red card. Any ban would apply in next season’s Champions League, though it is unclear if Buffon will continue playing beyond this season.

Buffon hit out at the English official after he awarded the 89th-minute penalty, converted by Cristiano Ronaldo, that enabled Real to seal a 4-3 aggregate victory. He said Oliver had “a garbage bin for a heart,” later telling Italian television that he stood by his comments.

He added: “I don’t have to make up for anything because I am a human being who puts passion, sentiment and anger into what I do. You find a way to speak, right or wrong, that at times can seem excessive — but this is me, I am Gigi Buffon.”

Juventus had wiped out a three-goal deficit from the first leg and the tie appeared destined for extra time until Medhi Benatia brought down Lucas Vazquez, who just had Buffon to beat near the six-yard box.

Buffon was sent off for protesting against the penalty decision in the face of Oliver and has also been charged over the red card.

“I’m sure Oliver will have a great career in future, but he’s too young to officiate a match like that,” Buffon said. “A referee with more experience would not have blown his whistle and decided not to become the protagonist of the match.”

Also on Friday, UEFA dismissed an appeal by Atletico Madrid and coach Diego Simeone against a four-game ban for his conduct at the Europa League semifinal first leg at Arsenal.

Simeone is banned from contacting players and staff in the stadium when Atletico play Marseille at the Europa League final in Lyon, France, next Wednesday.

Diego Maradona tributes from Messi, Napoli and the rest of the football world
Real Madrid vs. Alavés – Football Match Report – November 28, 2020
FIFA Club World Cup 2020 – News – African crown up for grabs as Cairo titans clash
Does home field matter in conference semifinals?
The highs and lows of his time at Stamford Bridge