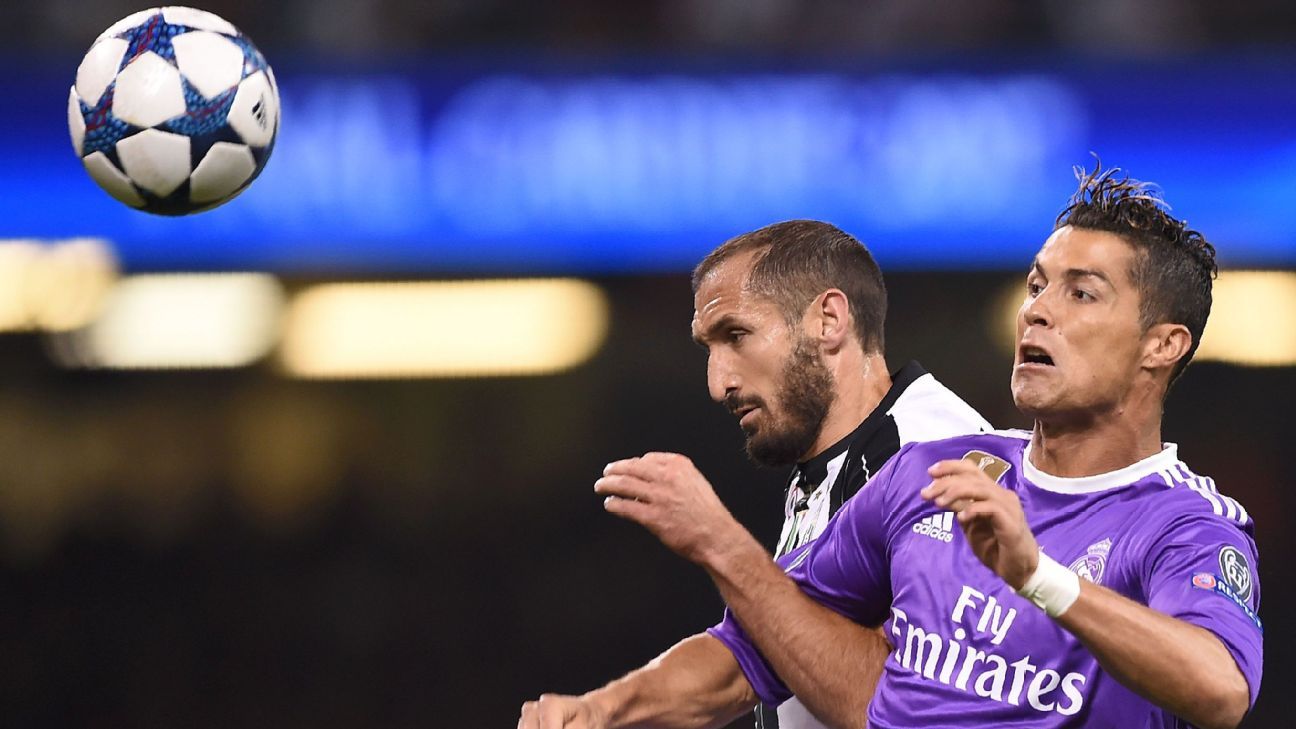 
Juventus defender Giorgio Chiellini believes Champions League quarterfinal opponent Real Madrid are about more than just Cristiano Ronaldo, while adding that revenge is not the main objective for his side on Tuesday night.

Real defeated the Bianconeri 4-1 in last season’s final, but Chiellini said that despite the presence of their Portuguese talisman, Los Blancos have quality everywhere on the field that Juvenuts will have to contend with.

“Sergio Ramos is the best defender in the world, but it’s not just me saying this,” Chiellini said. “It’s the same with Cristiano Ronaldo, who is the best No. 9 in the world.

“When you face champions like these, it’s great to try to beat them. We’ll try our best to contain [Ronaldo], but Real Madrid are not just about him. If you think you can eliminate him, you would be being presumptuous as an individual, but with team work, we have got to try to concede little room to Real.”

Chiellini added that Juventus wouldn’t be looking for revenge for the Cardiff defeat because if they were to focus on the past, they would find themselves having to consider revenge in almost every game at this stage of the season.

“No, it’s not a vendetta because we’ve got positive and negative memories of all of the top teams,” Chiellini said.

“If you want to go all the way in the Champions League, you’re always going to face Barcelona, Real and Bayern Munich in rotation.

“Of course we have that negative memory of Cardiff, but we want to play a great game against the best team in the world.”

Juve coach Massimiliano Allegri also singled Ronaldo out for particular praise, especially for the way he has transformed his game.

“You’ve just got to compliment Ronaldo,” he said. “He’s playing the role of centre forward in an extraordinary way. It’s not easy to change the way you play when you are 30.”

Allegri also had praise for his own players, though, and a prediction.

“Paulo Dybala is going to have a great game,” he said. “He’s physically in great shape and mentally he’s very serene. Just look at the game against AC Milan and the goal he scored.”

Allegri would not confirm whether Mario Mandzukic would start with Dybala, while he said it will be a toss-up between Claudio Marchisio and Rodrigo Bentancur to replace the suspended Miralem Pjanic in midfield, even if he says it changes little whether he plays with two or three midfielders.

“It actually makes me laugh, this talk of two or three midfielders,” he said. “Last season, we played important Champions League games with two midfielders. It all depends on the willingness of the forwards to drop back and help.

“In games like these, you need to be technically strong. You can play with two or three midfielders, but it depends on the attitude or characteristics of your opponents.”