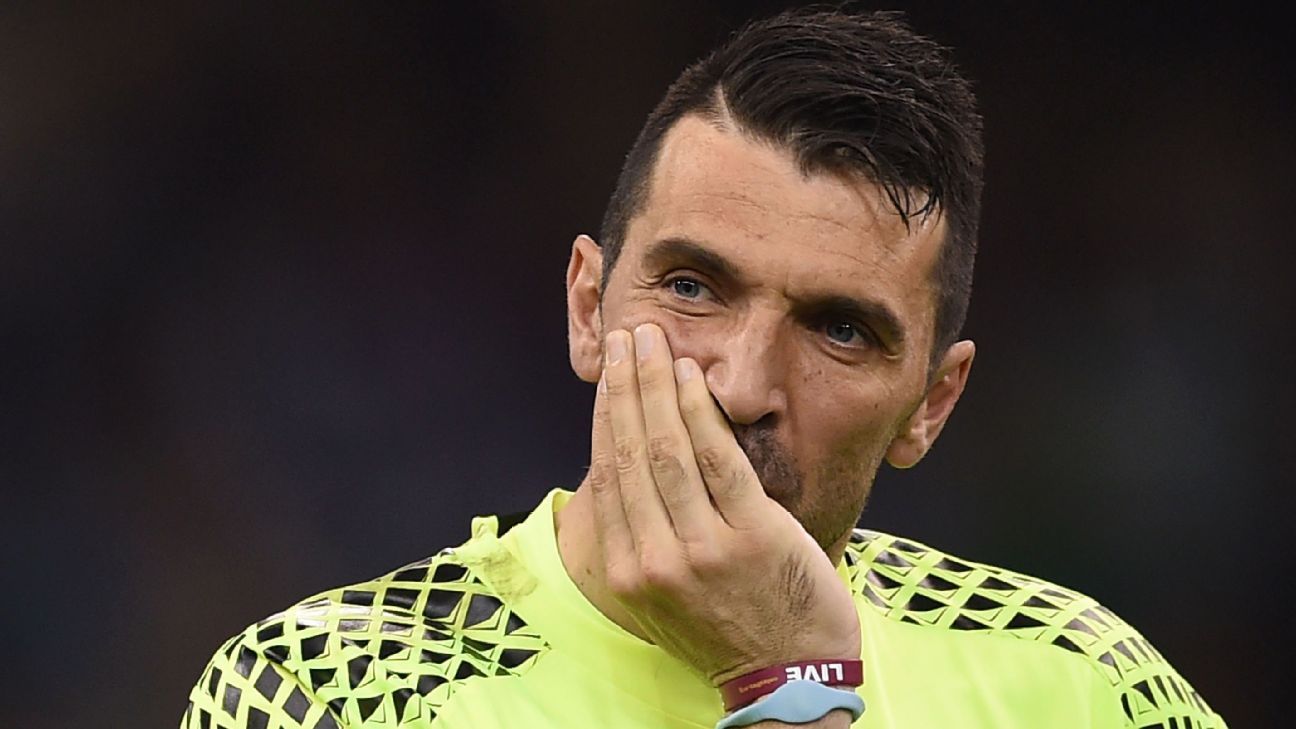 
Juventus captain Gianluigi Buffon says he retains hope of lifting the Champions League after losing his third final on Saturday.

Buffon, 39, has a year still to run on his Juventus contract and, for all the disappointment at losing 4-1 to Real Madrid in Cardiff at the weekend, he has already turned his attention to making amends next time around, when he will be 40.

The defeat against Madrid made it a hat trick of Champions League final losses for the Italy captain after being beaten with Juve by AC Milan and Barcelona in 2003 and 2015 respectively.

“As far as I am concerned, I have one last chance,” Buffon is quoted as saying by Gazzetta dello Sport. “I still have a year on my contract, we’re in the Champions League again so we will challenge to win it.”

Juve had conceded only three goals in their entire Champions League campaign heading into Saturday’s final, when Buffon conceded four against a side he acknowledged had deserved to win, even if he was left to rue a huge opportunity missed.

“It was a great chance for us and we had earned and deserved to have it,” he said.

“We only made the most of this chance for half an hour. After that, we were not up to scratch. I don’t know whether in that first half an hour, we had excelled ourselves just to be on their level, but the fact is we are still lacking something; something which at least keeps you on the level of your opponents in a game like this.

“There are no regrets. They showed that they were better than us and they deserved to win, but certainly we could have done better.”

Buffon also felt the breaks had not gone his side’s way, with two of Madrid’s goals coming via deflections.

“These top teams are used to winning games like these also because they are lucky,” he said. “Each tiny incident goes well for them while they go badly for everybody else.

“It’s a bit like what happens with us in Italy. When you reach a certain level of assertiveness and conviction, things start to go well for you and not so well for the others. We thought that we were on a par with them, yet the impression from the second half leaves us disappointed and perplexed, because when you have a side crushing you and you don’t have the strength to fight your own corner, it means there you are punching below your weight.

“It would be wrong to get angry because what we did was exceptional. It could have become unrepeatable, but it is instead repeatable. I’m sorry we lost so badly because if you only lose narrowly, you feel you were on their level, but this means we were messy and that is an impression we’re not allowed to leave.

“It makes us look like we were unprepared and that we fell to pieces at the first sign of difficulty. It wasn’t like that, though. Really. As captain, the first disappointment is losing, but the biggest is not being able to dedicate this cup to the fans; a cup that they would deserve for how much they followed us and gave us.”

Buffon has previously suggested that he will retire from international football following the 2018 World Cup, although he has not yet confirmed whether that will be when he calls it a day entirely.