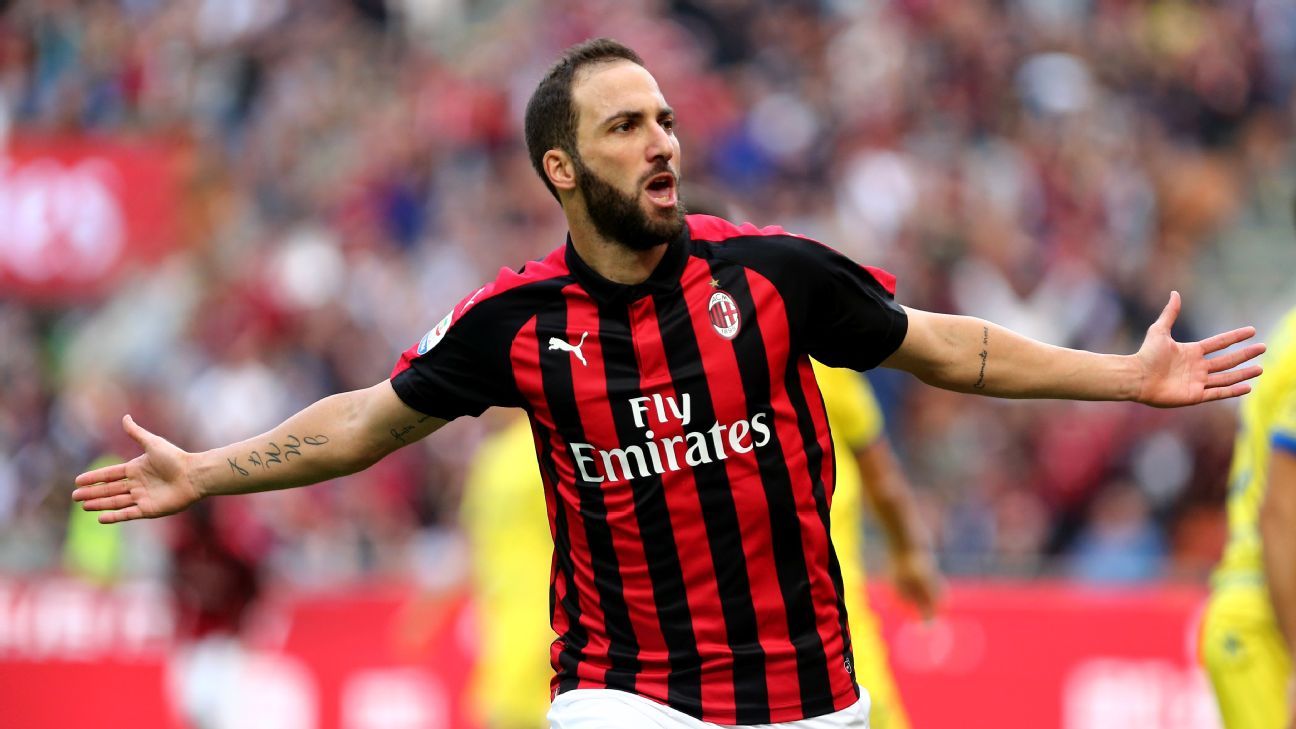 
As Milan flew back from Seville in the early hours of Friday morning, Gennaro Gattuso was already drawing up a game plan for Juventus’ visit to San Siro this weekend. “We’ve got a two-and-a-half hour flight,” he said, “and we’ll get to work immediately. We won’t sleep.”

The injuries Milan have suffered of late are probably enough to keep him awake anyway. Gonzalo Higuain hobbled off, clutching his back, in Sunday’s dramatic win in Udine. Then came the news that midfield organiser Lucas Biglia was travelling to Finland for surgery on a groin problem that will keep him out for four months. Mattia Caldara, the centre-back Milan exchanged for Leonardo Bonucci, won’t be back until after the New Year either and watching Milan’s 1-1 draw with Betis on Thursday night, one Italian phrase in particular came to mind: piove sul bagnato. “It rains on the wet.”

Mateo Musacchio was stretchered off with a neck brace on after a nasty collision with teammate Franck Kessie. “Mateo’s fine. He’s South American,” Gattuso smiled. Hakan Calhanoglu found the pain too hard to play through following a stamp on his foot and also had to be replaced.

The casualty list is longer than Gattuso’s arm and with Giacomo Bonaventura’s knee flaring up, you look at Milan’s midfield and wonder if the manager might have to come out of retirement. Either that or he goes with the guys from the Dudelange game: Andrea “Mr. €30 million” Bertolacci, Jose Mauri and Tiemoue Bakayoko.

“We’ll battle on,” Gattuso promised. “Excuses get you nowhere.”

Meanwhile, Juventus aren’t as battered and bruised from a physical point of view as Milan but this midweek did leave them stunned. Juventus lost for the first time this season and the circumstances of their defeat caused some consternation.

Leading 1-0 at home to Manchester United in the 86th minute, the Old Lady was poised not only to qualify for the Round of 16 but to go through to the next stage as group winners. No one expected her to throw that opportunity away, particularly in light of how she outclassed United at Old Trafford and created enough chances to be out of sight on Tuesday night, too. Sami Khedira hit the post and Paulo Dybala struck the bar, while Miralem Pjanic and Juan Cuadrado both spurned glorious chances shortly after Cristiano Ronaldo’s magnificent volley put Juventus in front.

“We dominated,” Ronaldo said. “We should have won the game easily, by three or four goals. Manchester did nothing. They didn’t deserve to win.” But if you give away cheap free kicks around your penalty area and invite situations that have repeatedly caused you problems this season — like defending crosses, for instance — then you’re asking for trouble, and United took full advantage. It was only the third time a team has come back from behind to beat Juventus in the Champions League in Turin.

“You can’t lose a game you deserve to win 3-0,” Giorgio Chiellini said. However, Juventus’ captain did acknowledge that the defensive lapses and general complacency, shown when ahead in the draw with Genoa and the wins against Empoli and Cagliari, had caught up with them… just like Massimiliano Allegri had warned it would. “We lowered our guard,” Chiellini added. “Something like this has been in the pipeline now for two or three games. We made a big mistake.”

On the one hand Milan should be encouraged into thinking Sunday’s opponents will give them a chance. On the other, the occasion should serve as the wake-up call Juventus were due.

Allegri defined the defeat “painless” because his team is in a position where they can allow themselves a slip up. “No one thought we were going to win every game,” he said. “Better to get it out the way this evening in this situation with a great performance. The result leaves a bitter taste in the mouth. It should make us angry and get us back to being that little bit more attentive in certain periods of games.”

A teachable moment, then; something to focus the minds of Juve players. It’s also a reminder to never think the game is over or too easy, as happened against a club of even United’s prestige. Allegri chose not to risk Joao Cancelo and Mario Mandzukic from the start in midweek and while the team did fine without them for all but five minutes of the game, there is a sense that the pair make the Bianconeri more dangerous and form part of their strongest starting XI. It remains to be seen if they will be back on Sunday. Instead, all eyes are on two of the main actors in one of the biggest stories of the summer.

Leonardo Bonucci returns to the San Siro for the first time since he ditched Milan and went “home” to Juventus just a year after vowing to “shift the balance” of power away from Turin. “It’s a big week for me and for Juve,” he said. “Obviously it’s going to be emotional.”

Bonucci was booed in his first outings for Juventus this season. Memories of him doing his “wash your mouth out” celebration after scoring in Milan’s 3-1 defeat at the Allianz Stadium in March died hard. But he has since been forgiven by the Curva and how he fares against Higuain is the match-up that has everyone excited.

The Argentine scored both goals when Juventus beat Milan 2-0 at San Siro in October but two years after spending €90m on him, and only weeks after his last minute winner in the Derby d’Italia killed off Napoli’s title challenge, the Old Lady dumped him for Ronaldo in much the same way she broke up with Liam Brady to get with Michel Platini in 1982.

The signs were already there when Allegri dropped him for the Coppa Italia final against Milan, a 4-0 humiliation in which poor Gianluigi Donnarumma had a nightmare. “I didn’t ask to leave,” Higuain told La Gazzetta dello Sport last month. “It’s like everyone is saying: they practically kicked me out.” Milan, of course, welcomed him with open arms as it meant the search for Pippo Inzaghi’s successor as the club’s No.9 was finally over. Higuain scored six times in five games between mid-September and October, cooly setting up Patrick Cutrone’s winner against Roma at the Giuseppe Meazza.

Ten points adrift of Juventus, challenging for the title isn’t Milan’s objective this season. Returning to the Champions League is and in that regard, they’re right on track. Milan have won five of their last six in the league, and the stoppage-time victories clinched by wannabe Sergio Ramos Alessio Romagnoli have picked the team up after their defeat in the derby.

Sunday’s game, together with the first one back from the international break against Lazio in Rome, will of course have a big say on that. Juventus, meanwhile, are still unbeaten in Serie A and have dropped only two points all season. They’re undeniable favourites for this game, particularly with Milan’s players dropping like flies. But they have to reckon with Higuain.

For Higuain, it’s not so much about upstaging Ronaldo and proving people wrong, but an opportunity to remind the Juventus hierarchy that they were absolutely right to feel conflicted about sending him to another Italian club.

Transfer Talk – Manchester United could move for Leicester’s Wesley Fofana this summer
Bundesliga fixture chaos looms as Hertha ask for cancellations amid COVID-19 outbreak
Copa America is as uncertain as ever as pandemic continues in South America
Zenit face competition for Barcelona’s Umtiti from Liverpool, Man United
Mount’s rise at Chelsea is no fluke as Tuchel sees what Lampard did with midfielder