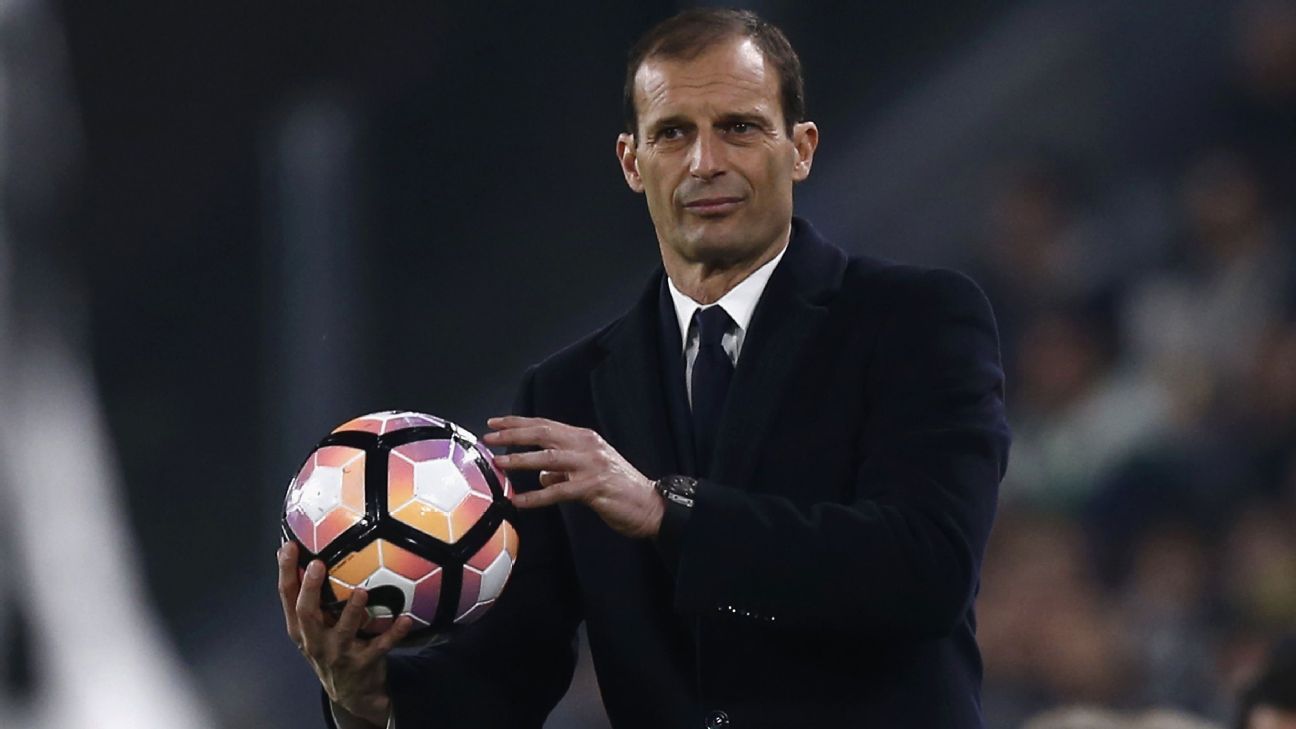 
Massimiliano Allegri says he considered quitting after Juventus were beaten by Real Madrid in the final of the Champions League, but something he learned as a child convinced him to continue.

The Juve coach has delivered three straight Serie A and Coppa Italia titles to the club, yet they have lost two Champions League finals in that cycle.

May’s 4-1 defeat in Cardiff was particularly painful, though, since Allegri and many others thought Juve had learned from their loss to Barcelona in 2015. He therefore wondered whether he had taken the club as far as he could.

“I left Cardiff with the team and returned to Italy,” he wrote on The Players Tribune. “The next evening, when I got home, I had to ask myself a very hard question: Is this the end of the road? Is this as far as I can take this team?

“I wondered if I should write the final chapter to my story at Juventus. Part of me was thinking about walking in on Monday and respectfully resigning. Then I thought about why I became a manager in the first place.

“You see, we must go back to when I was 14 years old. That’s when things got hard. When I was just a little boy, I remember life being pretty simple. I was a happy, quiet kid. My best memories were of my grandfather taking me to the horse track in Livorno with him.

“As a kid, that’s all I can remember: Horse track, football, maybe eating dinner with my mother. I didn’t like school, but school wasn’t too serious yet. Then, when I got to be 14 years old, everything got serious. I hated it. Hated it.

“I remember sitting in class one day, and the teacher was mad at me about something, and I had this realisation. I remember saying to myself: I am not meant to be a good student. But I could be a good principal.

“Even when I was on the football pitch as a teenager, I wanted to be the teacher. To be honest, I was … unruly, let’s say. I had a few passionate discussions with my own coaches, but it wasn’t for more playing time or anything like that. It was because, even then, I wanted to run the team my own way.”

Allegri inherited a Juve side which had already won three straight Serie A titles under Antonio Conte, and his past at AC Milan meant he was not a popular choice.

Now, Allegri has managed to win over the majority of the fans after taking the team even further than Conte, who failed to lead the club further than the quarterfinals of the Champions League during his otherwise successful stint on the bench.

Getting even better drove Allegri to decide after that one night of contemplation that he had not, in fact, reached the end of the road with the Bianconeri.

“So that night, before I went to bed, I decided that if the club was on board with my strategy and we could move on together, then I would stay on. The next morning, my head was clear. I went to my office at 7 a.m. and had my espresso.

“It was a new season, with new opportunities. A lot has been said in the media about this team and the players. What we can do. What we cannot do. For me, I look at Paulo Dybala and Gigi Buffon. In a way, they are the symbol of this team.

“I see Dybala, like a bright boy about to start his first year in school. Buffon, with a World Cup, is about to get his Masters degree. One with his career ahead of him, and one near the end. One who wants to show that he can be one of the greats in Europe. One who is already a great, but wants to end his legacy on top.

“So now we just continue to work. We’ll try to make it to opening night at La Scala once again. The good thing about the opera is that there’s a new show every year.”

Juve begin their bid for a record-breaking seventh straight Serie A title with a home fixture against Allegri’s former club Cagliari on Aug. 19.