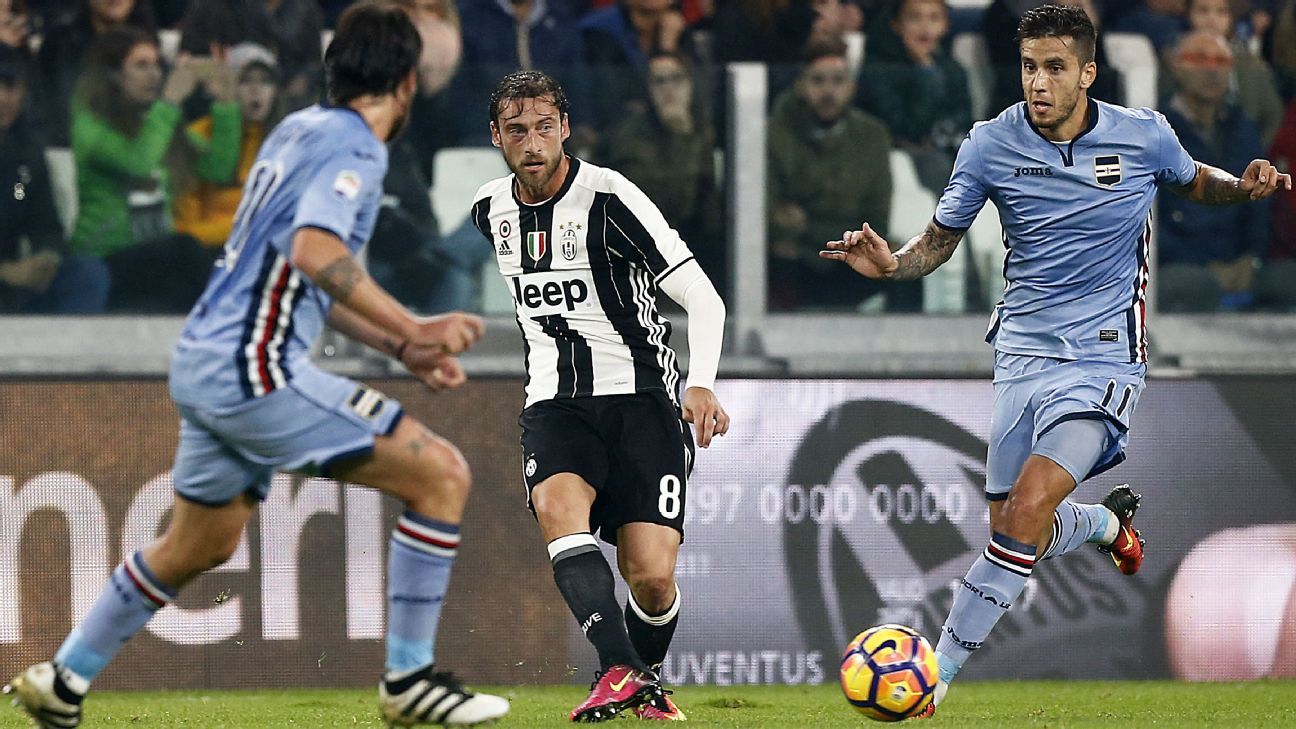 The Italy international, who this week committed his future to Juve amid reports of interest from AC Milan, has been ruled out for three to four weeks by his club.

Juve commence their Champions League campaign against Barca at the Camp Nou on Sept. 13, with Group D games against Olympiakos and Sporting Lisbon to follow.

“As the result of a previous injury to his left knee — the subject of medical surgery in 2016 — yesterday Claudio Marchisio, accompanied by Juventus club doctor Claudio Rigo, underwent specialist checks carried out by Doctor Cugat in Barcelona,” a Juventus statement read.

“This revealed the need for the player to undergo specialist therapy and a tailored regime for muscular strengthening. Subsequently, Marchisio will not be available for the next three to four weeks.”

Marchisio, who played an hour of Juve’s 3-0 win over Cagliari at the weekend, will also miss Serie A games against Genoa, Chievo and Sassuolo, although it is hoped he will be back to face Fiorentina on Sept. 20, and Olympiakos in the Champions League a week later.

The midfielder tore cruciate ligaments in his left knee in April 2016, sidelining him for half a year.