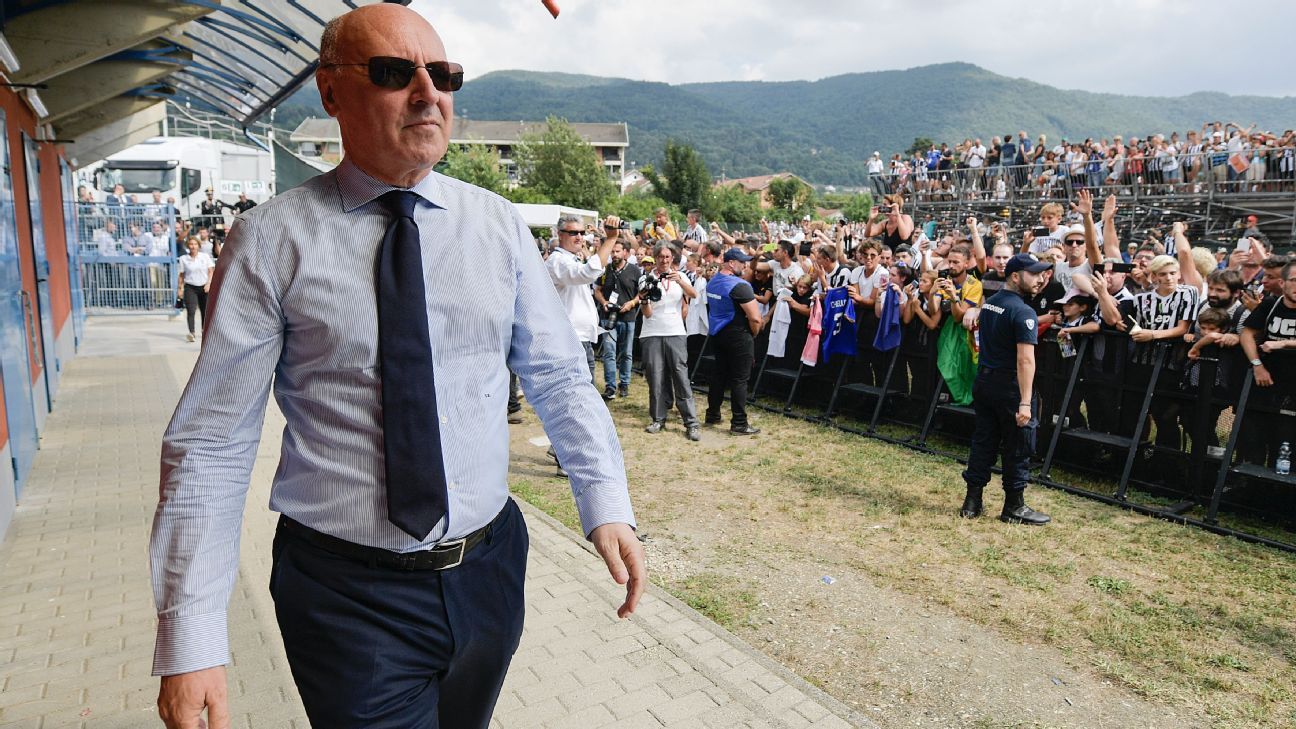 
Outgoing Juventus general manager Beppe Marotta has said it was not his decision to leave and he plans to join another club next season.

Marotta, widely seen as the main architect of Juve’s recent success, announced on Saturday that he will not be offered a new contract when his deal expires later this month.

He will sever ties with the club on Oct. 25 and then take a break from the game in preparation for a return next season.

“I can certainly rule out being a candidate for the FIGC [Italian FA] because that’s not what I want,” he told RAI.

“I could end up at another club, and I cannot rule this out since I’ve worked 40 consecutive years in clubs and never interrupted this.

“This is the first time I will take a break while a season is under way, and maybe it’s right for me to recharge the batteries. Then I hope to be at the helm of another club in 2019-20.”

Marotta, 61, who arrived in Turin in 2010 after spending eight years at Sampdoria, said he had been told by senior management that he is no longer wanted because of a restructuring, adding that his departure would be “painful.”

“It’s what the club want and there wasn’t one particular thing which sparked it,” he said. “I just align myself with their ideas and directives, for my love of the people and of Juventus.

“I am a businessman and I fully abide by this business decision and it’s right that others now step forward, but I am convinced that I gave 100 percent in what have also been years of great success.

“I’ve experienced so many emotions over the past eight or nine years, and they were all really beautiful. The first Scudetto, which we won at Trieste [in 2012], is the most beautiful memory I have.”

Marotta added: “If Juve reach the final of the Champions League, I would be happy because it would also be the fruit of mine and my assistants’ work.

“If they go all the way, I will be there to support them purely as a fan.”