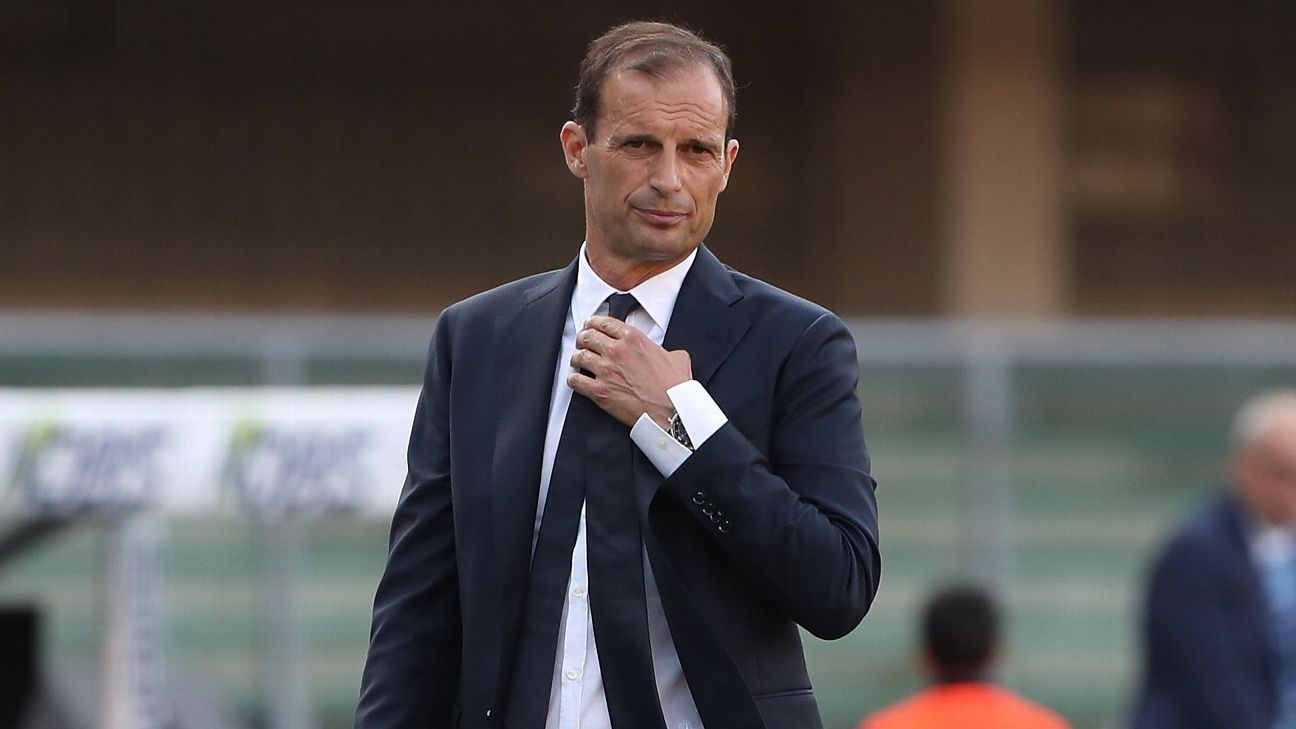 Allegri guided Juve to a seventh straight title, his fourth since replacing Antonio Conte, to win the award for a fourth time, gaining 17 votes from Serie A and B coaches.

Sarri, who led Napoli to second place, four points behind Juve, received eight votes — the same number as Simone Inzaghi, whose Lazio missed out on qualification for the Champions League after losing to Inter Milan on the final day of the season.

“I would like to thank all those who voted for me, but above all the club and the players because they are the ones who take to the field and win the matches,” Allegri said as he picked up the award at the Italian Football Association’s Coverciano training centre.

“It’s always a pleasure to be here and I am touched, as always. I’m very lucky to have such good support staff who work very well and take a lot of the burden off me.

“Our aim is to win an eighth straight Scudetto and this blessed Champions League — let’s see if we have a bit of luck on our side.”

Juve’s 2-0 win over AC Milan on Sunday kept them six points clear of Napoli with a club record 34 points after 12 games.

Aurelio Andreazzoli, sacked by Empoli a week ago, won the award for Serie B coaches ahead of Parma’s Roberto D’Aversa who and Filippo Inzaghi, now at Bologna, third for his work at Venezia.