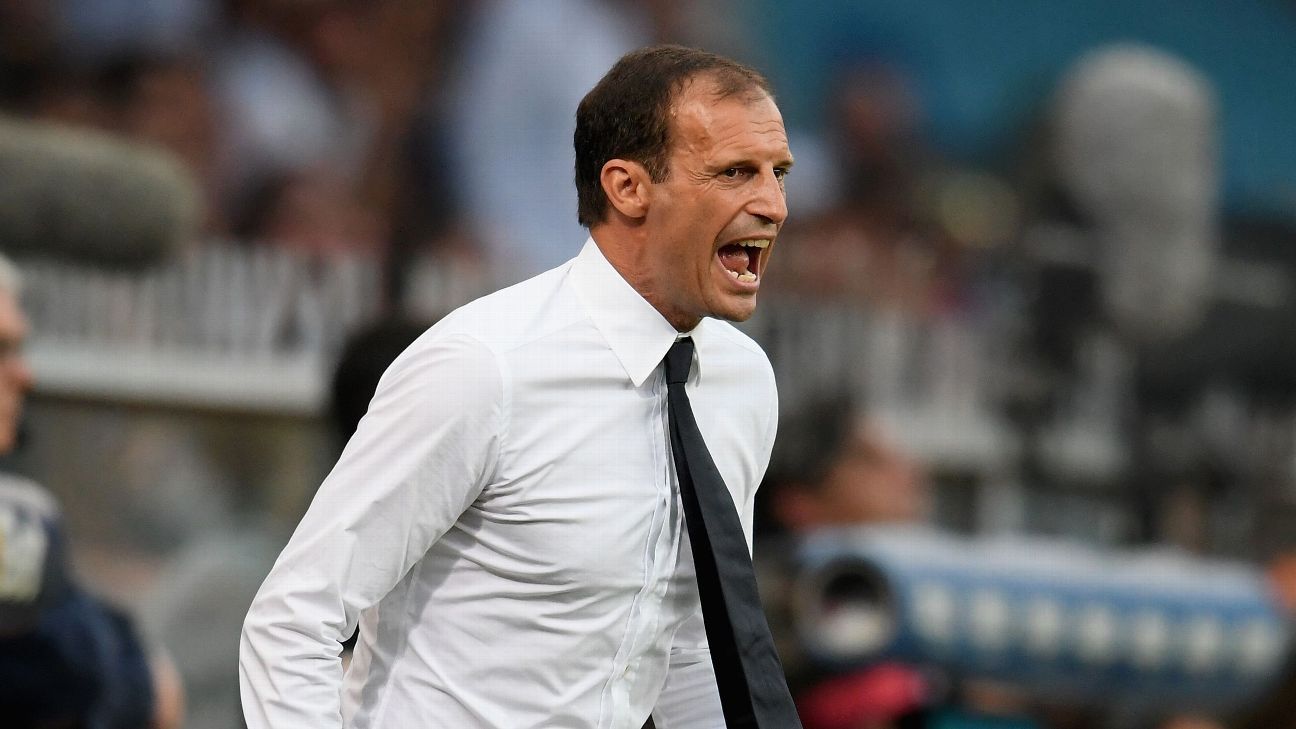 
Juventus coach Massimiliano Allegri says he could consider coaching Italy one day, although he insists his immediate future is with the Bianconeri.

Allegri has been mentioned as a potential successor to Gian Piero Ventura, who has come under fire with Italy struggling in the final stages of World Cup qualifying and facing a playoff to reach Russia.

There have also been reports that Chelsea manager Antonio Conte, who coached Italy from 2014 to 2016, could return, even as early as for next summer’s World Cup should Italy qualify.

Speaking ahead of the resumption of Serie A following the international break, Allegri, who has been at Juve since 2014, distanced himself from such speculation for now.

“We’ll see about it in future, but it would be a bit further down the line,” he said when asked his views on becoming Italy coach at a news conference in Turin. “There’s an important playoff coming up and Italy have got to qualify for the World Cup, no matter how.”

Allegri is likely to have to release Gianluigi Buffon, Andrea Barzagli, Giorgio Chiellini and Daniele Rugani for next month’s playoff and the Juve coach is already considering the possibility of his players becoming fatigued while representing their country in such crucial fixtures.

His side have five Serie A games — against Lazio, Udinese, SPAL, AC Milan and Benevento — and two Champions League outings against Sporting Lisbon before the next international break, and Allegri is aiming for a maximum return from the next four weeks before considering the possibility of resting players for the subsequent trip to Sampdoria on Nov. 19.

“Juve have got to focus on this month and then we’ll see how the Italians are after the playoffs,” he said. “If needs be, I’ll send them on holiday for four or five days and others will play instead.”

Juve trail Serie A leaders Napoli by two points in second as they prepare to host fourth-placed Lazio on Saturday.