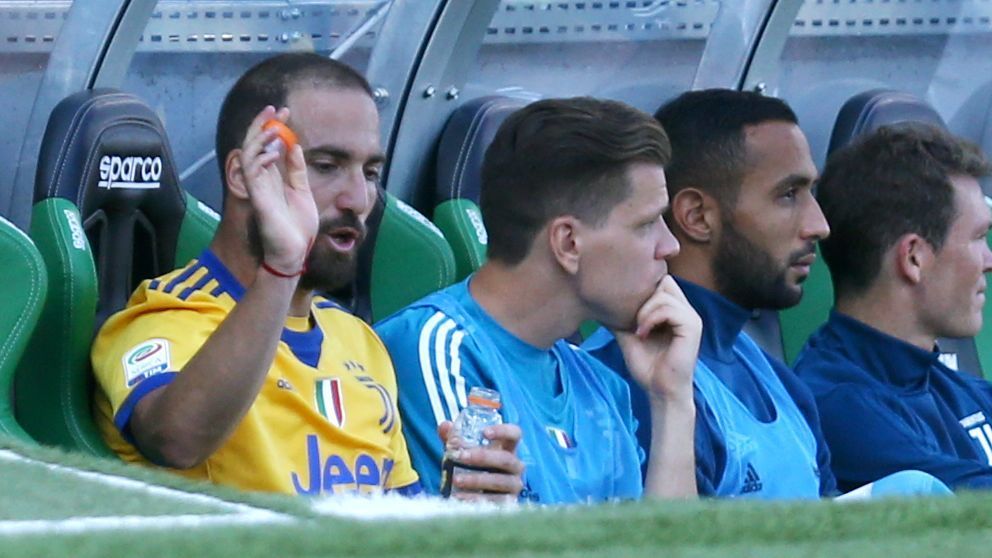 
Juventus coach Massimiliano Allegri has defended Gonzalo Higuain after the forward once again failed to find the back of the net on Sunday.

Higuain was frustrated when he was substituted in Juventus’ 3-1 win at Sassuolo, but Allegri said his decision to remove the 29-year-old in the 78th minute was simply because he wants to keep him fresh for the coming weeks.

“Higuain had a good first half, I’m happy with what he did,” Allegri said at the postmatch news conference. “Over the course of a season it happens and it is totally acceptable for strikers not to score for a period.

“Higuain did score against Cagliari [and Chievo]. Right now [Paulo] Dybala is scoring more, but Higuain will start scoring again and so will [Mario] Mandzukic. In order to win, we need the goals to be distributed evenly among the whole team, not to be scored by just a single player.”

Dybala has led the way so far this season, with his hat trick in Reggio Emilia taking him to eight goals in four Serie A games this season, plus a brace in the Italian Supercoppa.

Last season, Dybala scored just 11 in 31 Serie A appearances and Allegri says Higuain must also be given credit for his fellow Argentina international’s improvement.

“Higuain very often puts himself at Paulo’s disposal, and if Paulo manages to score so many it’s because he is supported by a team who place him in the ideal condition to do so,” the Juventus coach said.

The 23-year-old’s second hat trick away from home made up for some of the criticism he received in midweek, when Juve were overrun by Barcelona and Lionel Messi.

Sassuolo coach Cristian Bucchi, though, said Dybala can be mentioned in the same breath as Messi.

“For what we have seen in these years and today he is Juve’s most decisive player,” he said. “His skills can always decide a match — and today the first goal was genius, the second was futsal style and the third was of great quality too.

“We need to learn to say ‘well done’ to the opposition, so I take my hat off to him and to great champions like him. Skilful touches like his can destroy the balance of an even game. His were amazing touches within a team who are extremely good.”

Dybala has scored eight of Juve’s 13 goals in four league games this season and Allegri says this could be a year when goals will make more of a difference than keeping clean sheets.

“Seasons are different one year from the next,” he said. “The only year that the best attack won Serie A was I think 1996, with Inter, and with Lazio second or third. In the past 10 years the Italian league was always won by the best defence.

“Having said that, we could as well debunk this myth by becoming the best attack this season.”

Juve’s win moved them level on points with Serie A leaders Napoli, who have scored two more and conceded one fewer, and Inter Milan.

Juve host Fiorentina on Wednesday night while Inter can move top when they travel to Bologna on Tuesday. Napoli play fourth-placed Lazio, who are also still unbeaten with three wins and a draw.

Selene Scarsi contributed to this report.