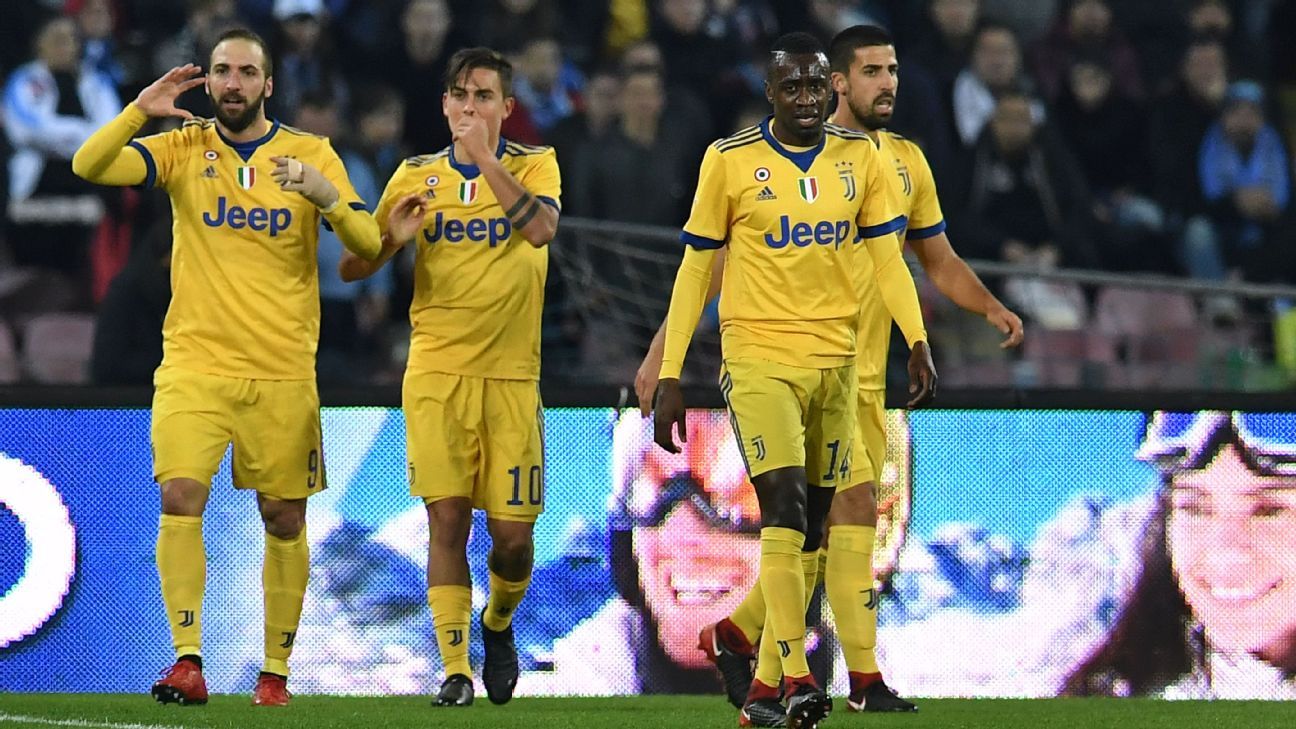 
Serie A has proven to be the most competitive league this season with many still wondering who will come out on top between Juventus and Napoli. On Sunday evening, the Partenopei will travel to Turin in hopes of snatching three important points to close the gap at the top of the table. A match between two excellent coaches, whomever wins this game could well be celebrating the title come the end of the season.

“I am not jealous. I am glad that after so many years of hard work, [Maurizio] Sarri has reached the level he deserves,” explained Massimiliano Allegri in his prematch news conference. Once again, the Juventus coach was asked about his counterpart and the beautiful football played at Napoli. So beautiful in fact, the style has been called “Sarrismo.”

Having created a style of ‘Verical Tiki Taka’ that has delighted onlookers and won over tactical revolutionary Arrigo Sacchi, Napoli and Sarri ought to be delighted with their achievements considering the strength of their squad and their budget.

So, should Allegri be jealous? “The fact remains, all that is left is what’s written down in the history books,” the man himself remarked. Indeed, reality can get in the way of a magical tale. Napoli and Sarri may have a lot to be proud of but what Allegri has achieved has been nothing short of remarkable.

Unlike his counterpart, whose side has largely remained unchanged, Allegri has been forced to construct and reconstruct a team that continues to change every season. Juve may boast higher revenues and attract the bigger stars but they are not a side that spend without conceding. Over the years they have lost their greatest assets, footballers that secured Juve’s wins and yet they continue to challenge on all fronts, every season, adapting and evolving.

Allegri is continuously accused of presiding over a rich side so it’s only normal Juventus win. Money allows a club several advantages but Juve have chosen to invest their wealth on squad depth. Unlike Napoli, they wish to reach far in every competition they partake in, every season. They challenge for the Coppa Italia that few bother to care about, they have reached two Champions League finals in three years and they have won six consecutive Scudetti and are still four points ahead in the league this season. Few care to note the extra challenges Juve contend with and thus the extra money they are required to spend.

Allegri is the reason for much of the success the Bianconeri have enjoyed, not only because he has created perfect schemes and balanced the side tactically, albeit with a few mistakes along the way, but he also helped create Juve’s winning pedigree. This is a side that no longer fears its opponent or accepts defeat with ease. Their mentality is that of elite champions despite how many players have changed since their project started over six years ago. Every time we think they are out, Juventus emerge, surprising us with their fighting performances. That, in essence, is what separates the Old Lady and Napoli.

Ask Sarri about Juventus and you will see visible changes in his face. He will either say he cares little about his rivals or that he does not wish to discuss the topic. In fact, according to Corriere del Mezzogiorno, Sarri has opted to ban the word Juventus in the dressing room in hopes of removing the psychological pressure such a game may have on his players. This could be an absurd rumour, but if true then Sarri ought to take a different approach.

They key to winning is not by denying or avoiding the pressure, it is by embracing and then overcoming it. In order to grow as a side and move forward, the Partenopei need to recognise the magnitude of the occasion, come to terms with their role in it and fight through. They may lose the first time, but they will grow with each game, until they believe they are strong enough to hear the chants, feel the pressure and rise to the occasion.

Sarri may have been unlucky to not have beaten Milan on account of a brilliant Gigi Donnarumma save, but his men also lost big home games to Juve and Roma, struggling to impose themselves on the big occasion. That is something Napoli must work on and perhaps what Allegri ought to work on with Paulo Dybala, the Bianconero with the weaker mentality.

Dybala is just as good as all the opponents he must face but until he believes it, he will not demonstrate it. Against Napoli, all eyes will be on him and Gonzalo Higuain and he will need to lend his teammates the helping hand only his talent can provide. The player who will likely provide the unpredictability will be Douglas Costa, the Brazilian who continues to excel and grow, proving more and more decisive as he gets to grips with his teammates’ runs, allowing for more seamless movements.

The beautiful side is one that marries style with consistency. It’s up to Napoli and Juve to prove who deserves to have their name on their trophy at the end of the season and it starts with the match tomorrow.