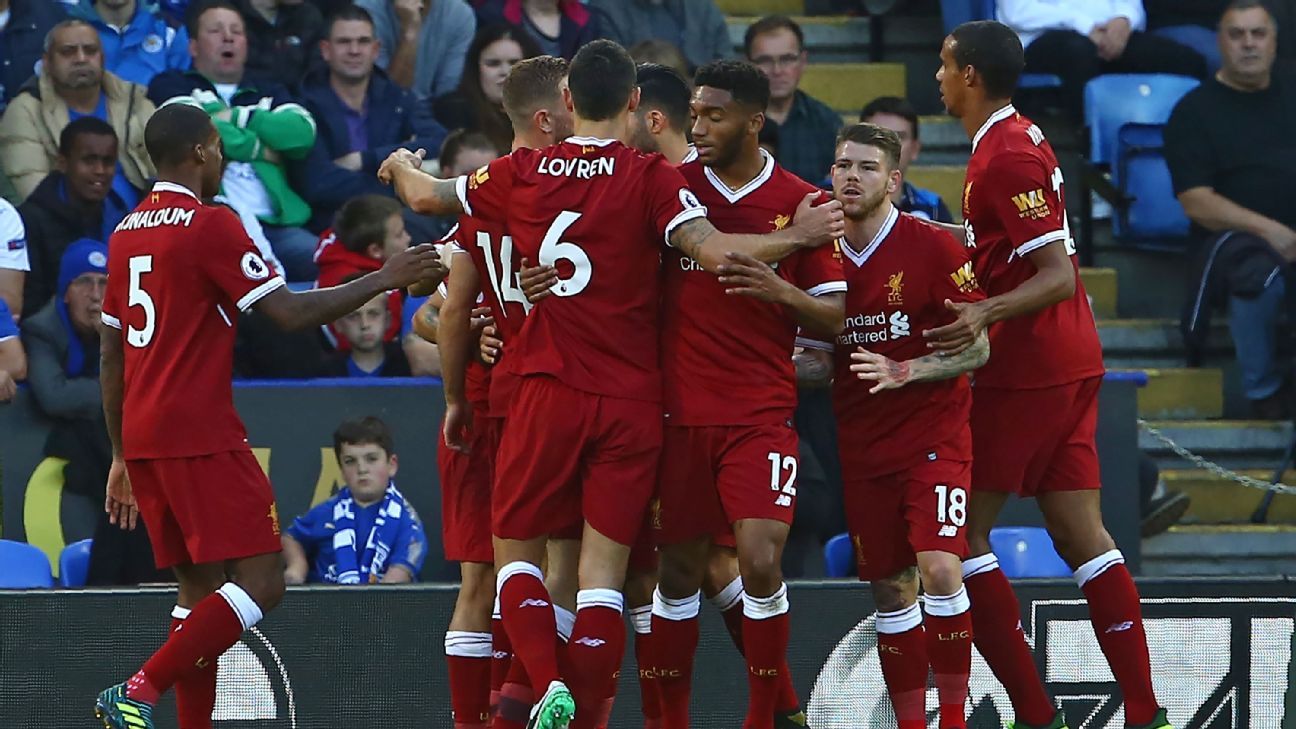 
LEICESTER — Jurgen Klopp believes Liverpool were the “deserved winner” of a thrilling encounter with Leicester City and was proud of how his team handled pressure to get a result after a four-game winless run.

Liverpool returned to winning ways by beating the Foxes 3-2 at the King Power Stadium in the Premier League on Saturday evening.

Klopp’s side raced into a two-goal lead courtesy of Mohamed Salah and Roberto Firmino before Shinji Okazaki pulled one back for the hosts just moments prior to half-time.

In the second half, Jordan Henderson made it 3-1 off a counter-attack, only for Jamie Vardy to net a minute later and then see his 73rd-minute penalty saved by Simon Mignolet.

“We really think we are on a good way, but we are absolutely aware we have to show it with results that everybody can see,” Klopp told a news conference afterwards.

“I thought we were the deserved winner. That was the only thing I wanted to say after the game today, so it’s a good day.

“I know about pressure a lot. I’ve had it in my life because of different reasons. Pressure — when it’s the right pressure — always helps. You can imagine we have pressure. We want to be successful. We know this quality that we have makes us responsible to be successful.

“I said to the boys before the game: ‘We are not the Harlem Globetrotters. We don’t go out to try and [just] play beautiful football. We are here for results.’ We play for results. I loved how we fought for it.

“It could have been more clear, but after a few games without the right results, you have to fight back. That’s what we did and we can build on this.”

Philippe Coutinho put Liverpool 2-0 ahead after 23 minutes with a well-executed free-kick from long range.

While Coutinho was replaced by Alex Oxlade-Chamberlain in the 79th minute, Klopp feels the Brazilian is nearly back to his best after missing the first six matches of the season as he sought a move to Barcelona.

“I’m delighted because I’m not blind — he was obviously good,” the Liverpool manager added.

“That’s cool for us and we think we did it right that we gave him 45 minutes in midweek so he could get more rhythm and it wouldn’t be too intense.

“It was not too good for the game in midweek to take him off to be honest, but it was perfect for today. He can be happy with his performance and I’m very happy with it.

“In the last home game against Burnley I thought he could play the whole game, but he had cramp at the end.

“Today, when [Demarai] Gray came on, they had really wide wingers and it was important that our wide player was still full of energy. We could change really well and I loved the impact of Milly [James Milner], [Daniel] Sturridge and Ox [Alex Oxlade-Chamberlain].”

Meanwhile, Leicester boss Craig Shakespeare admitted he did not know how to feel after the match, with his players displaying an encouraging second-half performance but coming out with nothing to show for it.

“Mixed emotions are the right words,” he said. “You sit here and you’ve got now points.

“I’ve been told by lots of people that we contributed to a great game. As a manager, that doesn’t always mean anything to you because the players will be sitting there now and be very disappointed not to come away with something.”