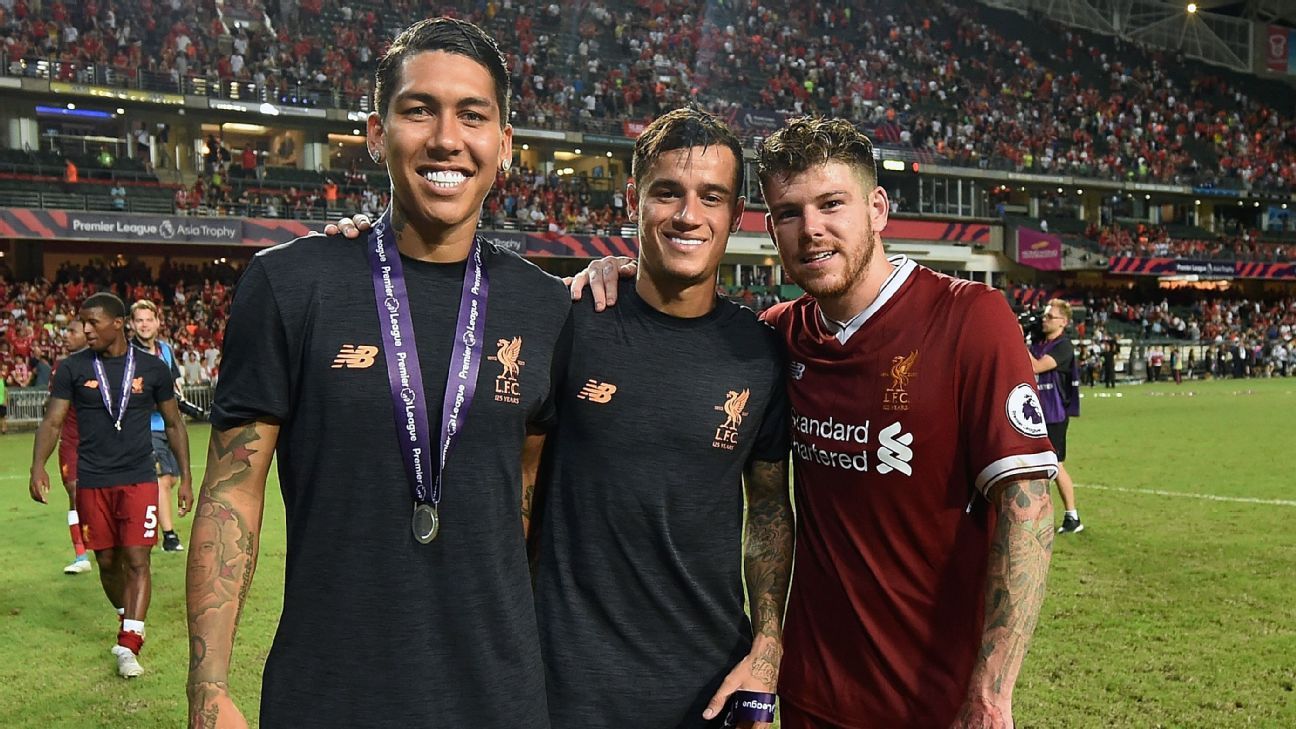 
HONG KONG — Jurgen Klopp says Philippe Coutinho is “comfortable” at Liverpool after holding talks with the Brazil international amid interest from Barcelona.

Liverpool rejected an approach from Barcelona this past week, with the Merseyside club adamant that the player, who signed a five-year contract with no release clause back in January, is not for sale at any price.

Coutinho then went on to produce a man-of-the-match performance in Liverpool’s victory in the Premier League Asia Trophy final, scoring the winner and claiming an assist against Leicester City on Saturday.

Speaking at his postmatch news conference, Klopp said: “Everyone knows that Phil Coutinho is a key player for us. I know that he feels completely more than fine, comfortable — whatever — in Liverpool. He loves the club.

“That he’s able to arrive tonight in a very difficult moment of the preseason after all these sessions is good to see. That shows his big potential.”

Klopp was then asked whether he had spoken to the 25-year-old about his future at Anfield.

Meanwhile, Klopp was unhappy with referee Bobby Madley about the lack of protection he gave Coutinho in the Leicester win.

Midway through the first half, Klopp was furious with Madley after not giving fouls for two hard challenges on Coutinho before the official came over to warn the Liverpool manager about his conduct on the sideline.

“Even in the preseason and even though it’s a Premier League tournament, we should talk about this,” he said. “I was not too happy about two decisions around Phil Coutinho, 100 percent.

“He [Madley] told me that if I behave like I behaved today then I would have to go in the stands.

“I said: ‘If I behave like today then I go in the stand, no problem. But you have to change how you whistle.’ That’s the only thing.

“It’s a difficult game to whistle for refs, I know all this. But these things are obvious for me and that’s why I thought if he could help the players a little bit more because these players make the difference and these players bring people into the stadium. That’s why we have to look after them a little bit.”