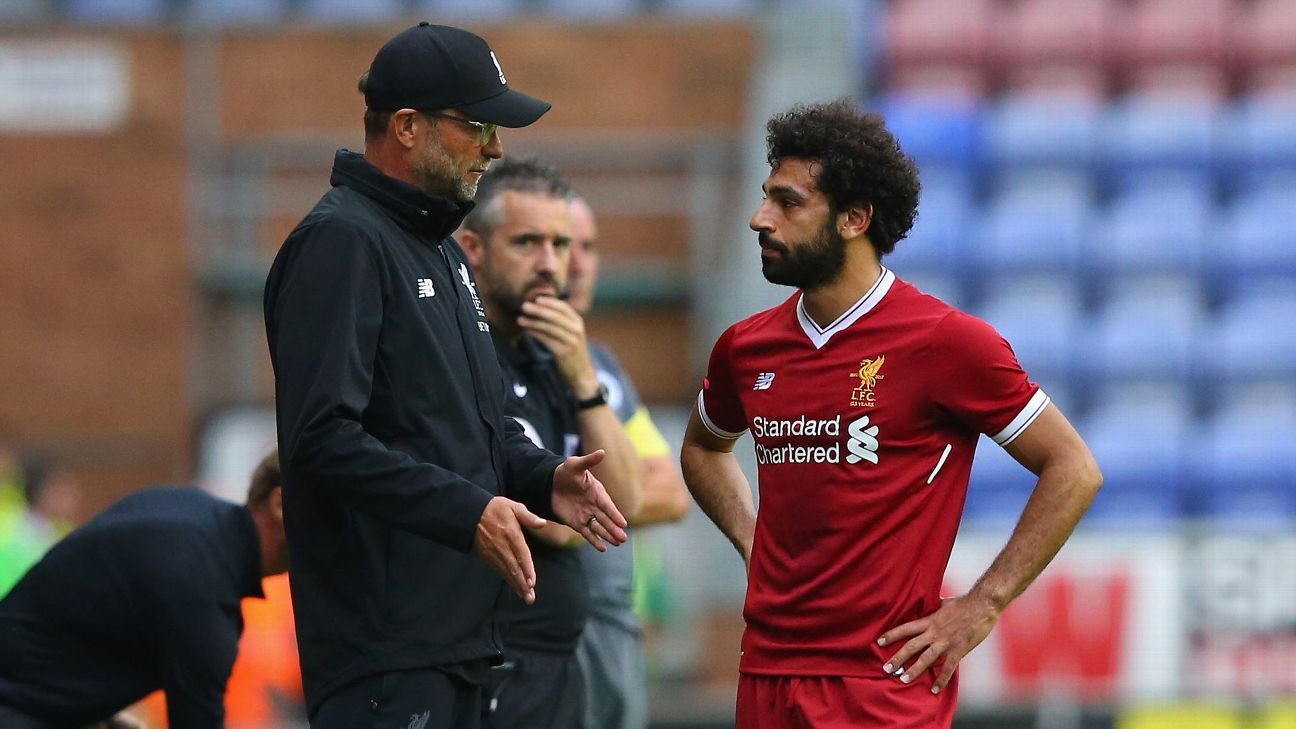 
Jurgen Klopp is expecting that competition for places in his side will help Liverpool take “the next step” this season.

The Anfield club has brought in Mohamed Salah, Andy Robertson and Dominic Solanke so far this summer — the former arriving for a club-record £34.3 million. The ex-Roma man has impressed this preseason, so much that star winger Sadio Mane has said he’s willing to switch positions to accommodate the Egypt international.

And Klopp has remained adamant that, despite repeated links to Barcelona, star playmaker Philippe Coutinho will remain with the club this summer to help achieve their lofty aims this season.

“If we stay together like this there will be a few hard decisions because they can’t start all together. Then we have to see how this works.

“Be angry at me, no problem, stay confident, that is important, then three days [later] there is another game so let’s be there again. There are a lot of challenges.

“The plan is that they all make the next step. Of course we want to build on the base of last year.

“I said we always want to develop this team and there are two things to do — signings and training so we did both.

“The signings are nice, either they play or they push another player. Now it’s more difficult to play all the time.”

Liverpool have not landed all of their transfer targets this window. They were forced to issue a formal apology to Southampton for tapping up coveted defender Virgil van Dijk, and were denied by RB Leipzig in their chase for midfielder Naby Keita.

Despite those failures, Klopp, who made a habit of moulding promising youth into top-class players while at Dortmund, said: “I would love that history always happens like this but this club should not be compared to anything.

“We need to make sure it works much more often than it doesn’t work.

“We need to be independent of one or two players. We still have to have a style, a way of playing and we need to be able to play completely differently if needed.

“So far the preseason has been pretty good. Phil has so far been outstanding and a few others.”