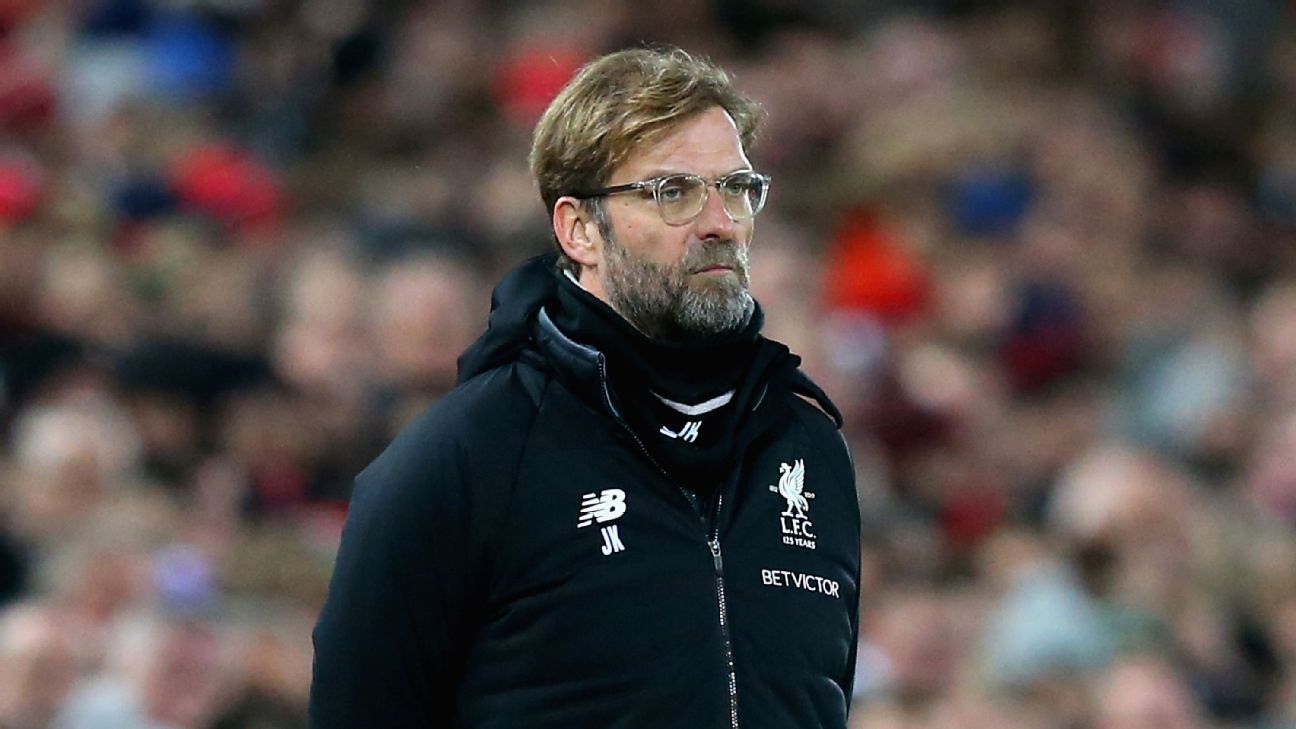 Jurgen Klopp believes Liverpool can overcome Manchester City in their Champions League quarterfinal tie if his players impose their “specific style” and are “brave” across two legs.

Man City, who sit comfortably top of the Premier League, suffered their only league defeat of the season at Anfield in January.

“Two very intense games,” Klopp told the Liverpool Echo of the quarterfinal draw. “If they are not intense from our point of view, we have no chance.

“If we can put our specific style, philosophy and mix it up with our attitude and stuff like this, being brave, then there is something in it for us.

“I love these games. They are fantastic for me as a manager and you know if you play City they do what they do at the highest level. They don’t defend the result, they go again.

“It’s cool. For sure, the first one will be a really exciting game to watch.”

As a result of the draw, Liverpool’s game at Everton has been brought forward to Saturday April 7 with a 12.30 p.m. kick-off — much to the anger of Klopp, who will have less than 72 hours to prepare his side for the Merseyside derby after the first leg of their City tie.

The Liverpool manager added: “So a really intense game and you give us the worst moment for a game against Everton, which we cannot say to our supporters: ‘I know it is Everton but we play on Tuesday again.’

“What’s that? If we had Tuesday-Wednesday [it would be fine] but no, we have the Wednesday-Tuesday rhythm. In between, Everton. Right!”

Under Klopp, Liverpool have only lost one out of their seven meetings with City — a 5-0 defeat in September after Sadio Mane was controversially sent off. They were also runners-up to City in the EFL Cup final last year on penalties after the game finished as a draw.

Klopp believes Man City director of football Txiki Begiristain was less than impressed about drawing Liverpool when the camera panned to the Spaniard during Friday’s draw.

“They didn’t want us,” Klopp said. “We all know about that. Our record is not too bad against City. Yes it was a close game here and stuff like that.

“We are not the team they love to play constantly, let me say it like this. But are we their nightmare? No, I don’t think so. When you think about the draw, the team around the corner you can go by bus, you don’t want it. Everybody is a little like this.

“When we play Everton, they play United. Maybe they are not concentrating [too much on] that game because then they can be champions a week later and Man United can win a game at Manchester City which would not help us as well.”

City, though, will actually win the title against United if they win their next two games.