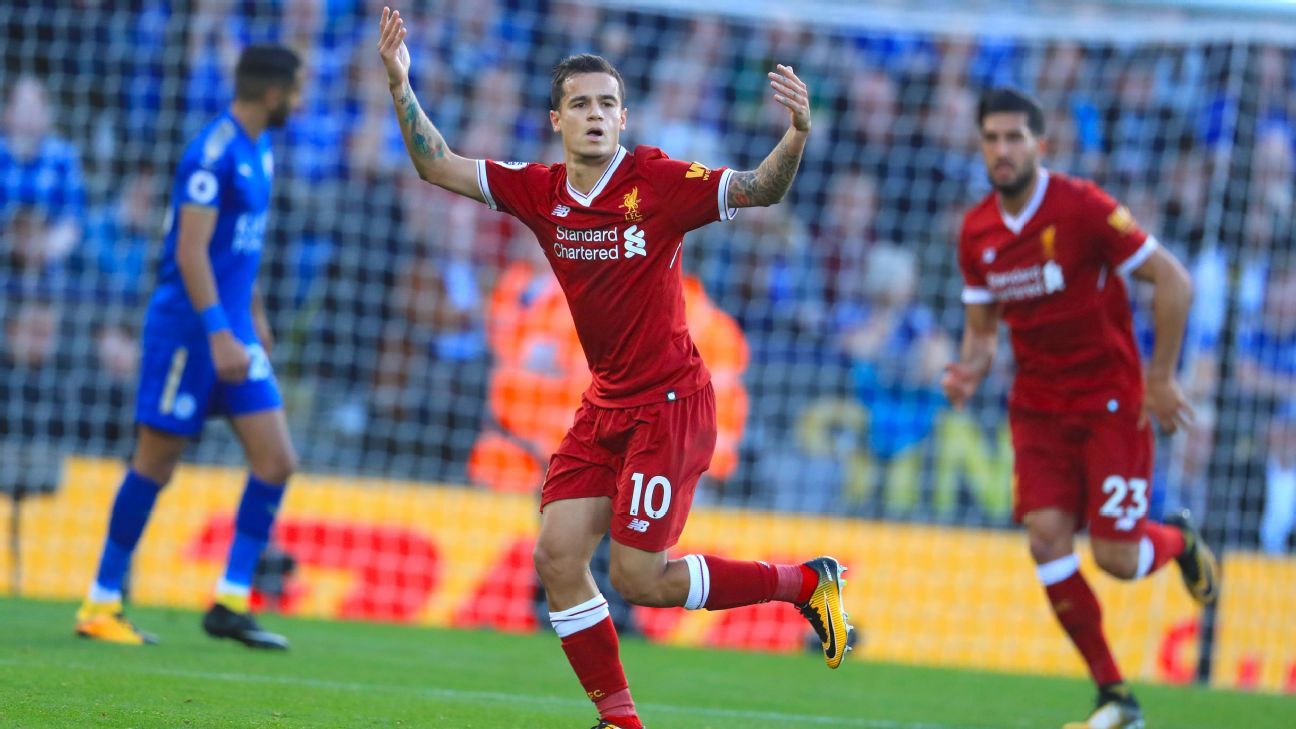 
Jurgen Klopp says Philippe Coutinho’s reintegration into the Liverpool side has been made easier by the positive reaction of supporters.

Coutinho missed the first six matches of Liverpool’s season as he looked to force a move to Barcelona in the recent transfer window, but has since returned to Klopp’s side and received a warm reception from the Anfield crowd when he made his return as substitute in the 2-2 draw with Sevilla earlier this month.

He has made four appearances in total so far this season and scored his first goal of the campaign on the weekend with an excellent long-range free kick in the victory at Leicester City.

“It’s not about Coutinho’s character but it says a lot about the relationship with our supporters and Phil Coutinho,” Klopp said. “Because when he came on [against Sevilla] for the last 15, 20 minutes, nobody knew how Anfield would react.

“Anfield pushed, it was really there, and that’s what I really love in football.

“Maybe we don’t agree always in each moment, like people are, but when you have a short minute to think you remember we are family.

Meanwhile, former Liverpool captain Steven Gerrard has recalled how he used to “hate” coming up against Coutinho during training sessions.

Gerrard played alongside the Brazil international for two-and-a-half years and would often try to avoid defending against him at Melwood.

“He’s impossible to defend against,” Gerrard told BT Sport. “I mean when I used to train against him, I’d hate it if I was on the opposite five-a-side team. I wouldn’t go near him. And sometimes I’d say to him: ‘Keep away from me!’

“He can embarrass you [as a defender]. He can stand you up, he can both ways, he’s got such a low centre of gravity. He’s sharp, he’s quick and he’s two or three steps ahead of defenders. He’s so, so clever.

“He produces moments of genius and he’s a world class footballer.”