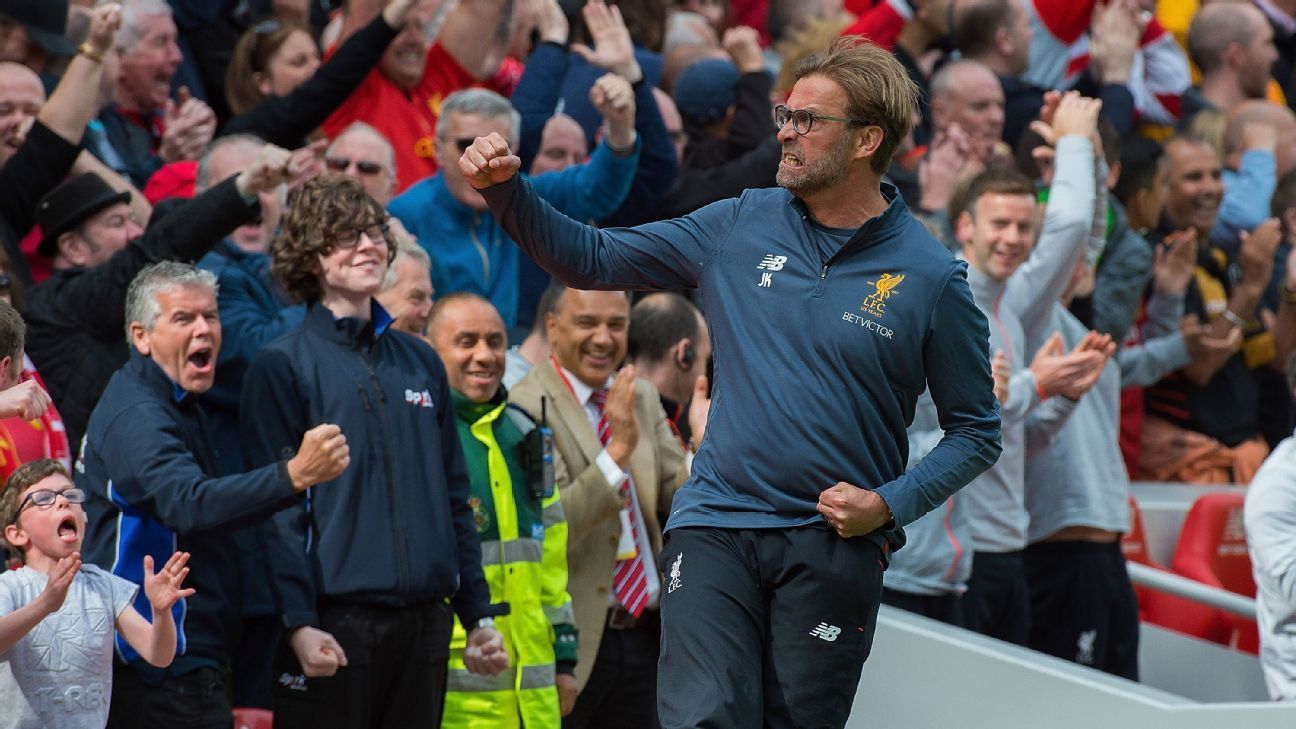 
Jurgen Klopp says he is “really optimistic” for Liverpool’s future, listing the players the club will be able to recruit in the transfer market as one reason for his confidence.

Klopp guided Liverpool to a top-four finish in the Premier League and possible Champions League qualification in his first full season in charge.

In an attempt to build upon the success of the 2016-17 campaign, sources have told ESPN FC that Liverpool are negotiating a fee for Roma’s Mohamed Salah and will compete with rivals for the signature of in-demand Southampton defender Virgil van Dijk.

“I’m really optimistic for our future, not because I’m crazy but only because I know what we have, I know what we will get, I know what we can get, and I know that we really have a super bunch of people — knowledge, character — not just the players, all around,” Klopp told Liverpool’s official website.

“I know that we are good already but we have so much space to improve — I love it. Being really good and feeling there’s not a lot more possible, that’s still OK but you think how can you keep this? We can really improve. That’s what I’m really looking forward to.

“We have to, obviously, because around us we have a lot but we will really be a challenger, we will fight. We will play good football on the good days, on the less good days we will still fight for the result. I really feel positive.”

Meanwhile, Liverpool chairman Tom Werner is sure that the club are on an upward trajectory and says they are in an extremely healthy position both on and off the pitch.

“I think the happiest times are still yet to come, the future is extremely bright,” he told Liverpool’s official website. “The club now has a remarkable manager who is world class, we have a number of world-class players on the team.

“We’re going to be building a new [training facility] at Kirkby, where we’re combining the first team with the academy. We continue to strive every day to make the club stronger and better.”