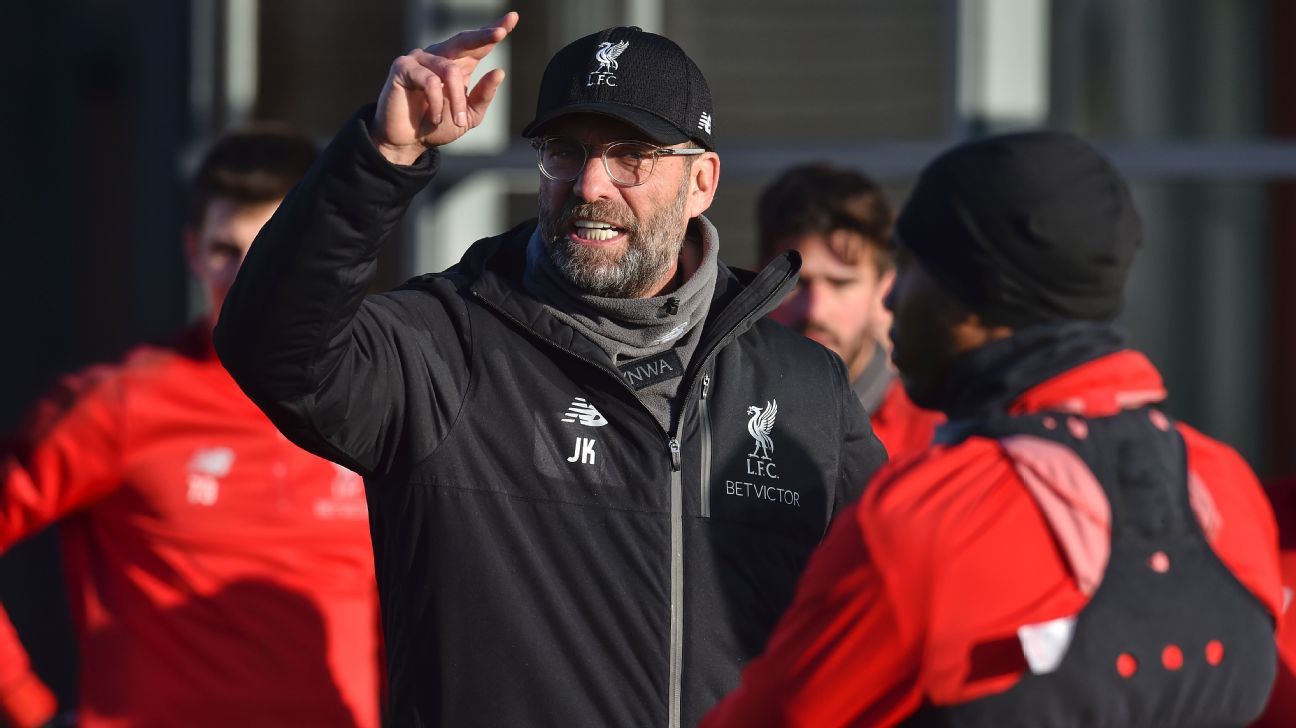 
LIVERPOOL, England — Jurgen Klopp has dismissed the perceived significance of a team sitting top of the Premier League at Christmas, despite Liverpool being four points clear of Manchester City.

Each of the last four teams to be first place on Dec. 25 have gone on to become champions. However, Liverpool’s 2008-09 and 2013-14 sides are the only teams in the last decade to sit top on Christmas Day and not go on to win the league.

“Nothing is taken for granted,” Klopp told a news conference. “Don’t think because we have that amount of points and they have that amounts of points [we will win]. If you think that, then that’s the moment when things go wrong. And they can still go wrong, that’s how life is.

“We have to be focused. We all have to be. Not nervous; I’ve heard how many times in the last 10 years that when you’re first at Christmas you win the title, but only Liverpool won’t. Wow, you are afraid to say it, because you think I know it.

“It’s all bulls— stories. What is it? What does it mean? It’s a different team, a different time, everything was different. It’s not interesting. If it wasn’t the case and Liverpool went on to become champions, would I think now halfway through the season that the job is done? Of course not.”

Liverpool are the only unbeaten team remaining in the Premier League and have won seven straight games in the competition but Klopp is not looking too far ahead.

“Nothing has happened so far, we don’t have to think about May. We have to think about Dec. 26 against Newcastle. Let’s try everything we have to win that game. After that, Arsenal is coming. You don’t have to go home after the Newcastle game, you can stay in the stadium because they are coming. It’s a very intense time, let’s enjoy it as we have done all the time, and it can be good, or not.”

Liverpool’s win at Wolverhampton Wanderers on Friday took their points total to 48, with only two teams — Chelsea in 2005-06 and Man City in 2017-18 — ever having more after the opening 18 Premier League matches.

Boxing Day’s meeting with Rafael Benitez’s Newcastle United at Anfield will bring up the halfway point in the league campaign.

“For the second half of the season, yes we are [greedy],” Klopp said. “We smelled a bit of it last season how it could be. We were close a few times, that’s how it is, and we are not silly.

“We know we are not bad and can go there so let’s try it again, let’s try to be as successful as possible. You cannot be successful in any sport in the world without any kind of hunger. It is not possible.

“If you are satisfied with something then you must be a genius. There are a few of them out there and they can win things without the perfect attitude, but usually no chance without that.”