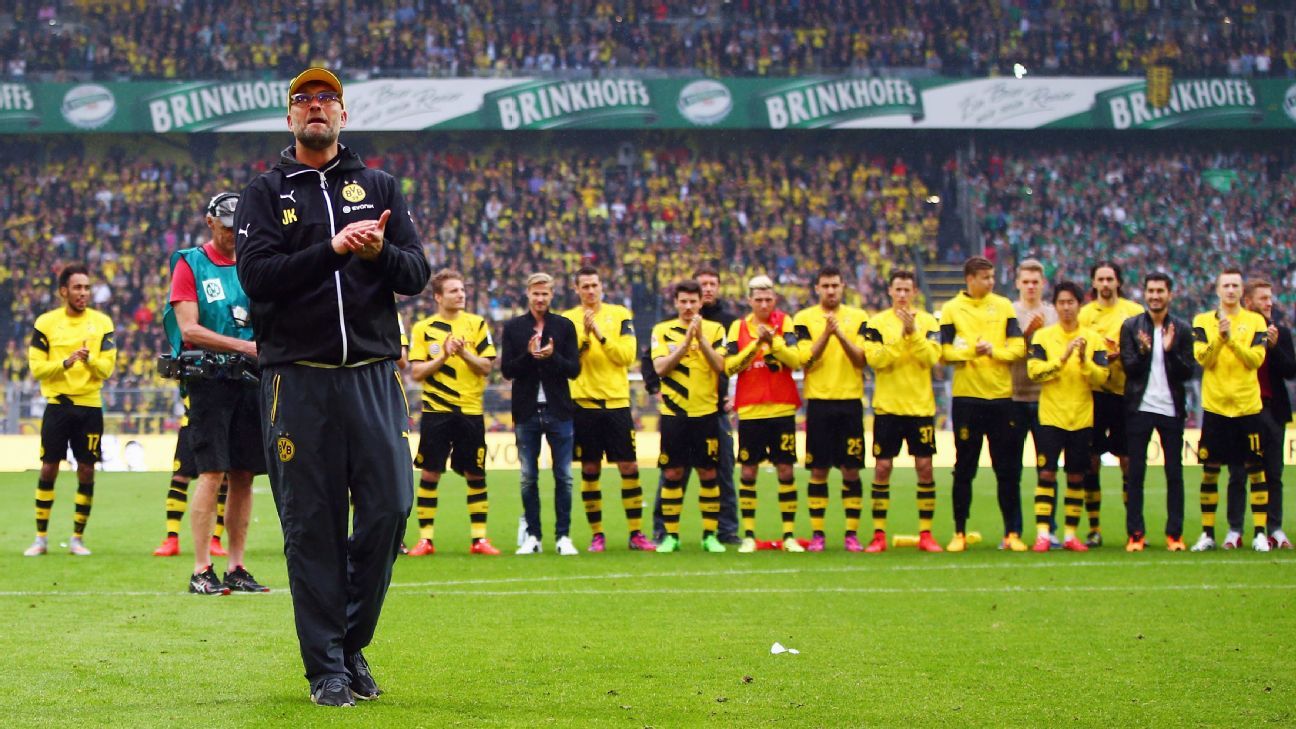 
Liverpool boss Jurgen Klopp has told the Mirror he is unsure whether his Borussia Dortmund “story” would be possible now, saying: “They gave me the time to do something.”

Klopp took charge at Dortmund in 2008 during a time when the former European champions were struggling badly, having narrowly escaped bankruptcy in 2005 and endured difficulties in the Bundesliga in the two years that followed.

He then oversaw the rise of a young, cheap side — boasting players including Mario Gotze, Shinji Kagawa, Mats Hummels and Robert Lewandowski — that won back-to-back Bundesliga titles in 2010-11 and 2011-12 and earned global appreciation when reaching the Champions League final in 2013.

However, he suggested he may not be able to replicate his feat at Liverpool because of the pressures he now faces.

“I am not sure the Dortmund story would be possible again because they gave me the time to do something,” he said. “Not because they thought it was a good idea to try with players who were not even 20, but because they didn’t have the money.

“That’s the big difference between England and Germany. Football is about winning, but it must also be about development because only the players can improve the game.

“To educate your own players is quite a challenge. We should not forget development.”

Klopp, who signed a six-year deal at Anfield last summer, saw Liverpool to fourth in the Premier League last season, ahead of Arsenal and Manchester United, and said his current squad had earned the right to build on that achievement.

“I would love to fight for the title, of course, but I really believe in consistency,” he said. “If you are convinced about the group you have then you don’t have to make big changes.

“Finishing fourth in the Premier League was, for us, a really big thing. Two really big teams were behind us and we should not forget that.

“This group of players achieved that — so give them another chance. Yes, there are a few little things that we can — and will — improve, but the message is ‘let’s go again.’

“There has been a lot of business around us, but I’m not interested in that. I watch it all like a fan. Yes, it’s interesting that teams have bought him and him, but it doesn’t make me want to do the same.

“The difference between us and the other teams is that we haven’t lost any players.”

“That is so that we can end the speculation and not talk about anything else.”