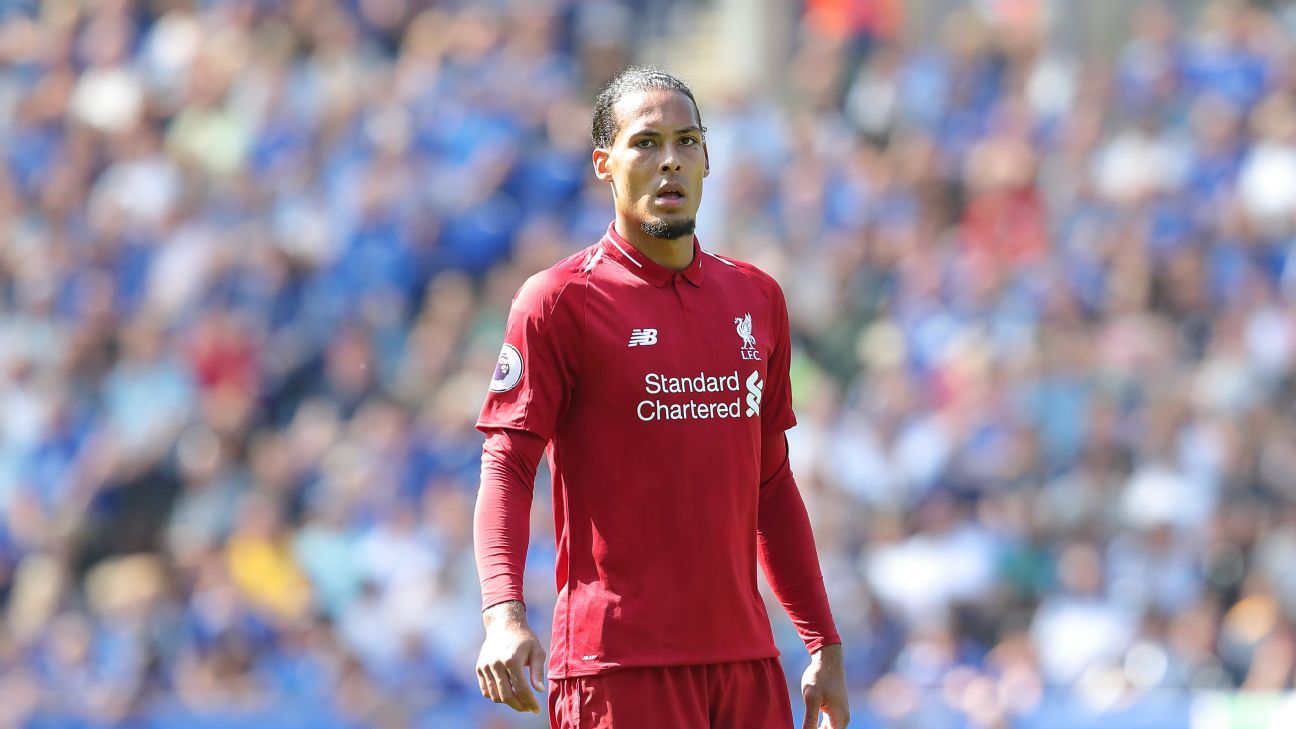 
Mauricio Pochettino and Jurgen Klopp are defined by attacking philosophies. Under the Argentine, Tottenham recorded their most league goals in a season since 1965. Under the German, Liverpool scored the most anyone has ever mustered in a Champions League campaign. Their sides are led by men who had a private battle for last season’s Golden Boot in the Premier League, who have scored a combined 89 club goals in 13 months, in Harry Kane and Mohamed Salah.

And yet their biggest signings are centre-backs. There is no contradiction to that; rather, it is an indication of a commonality of thought. Pochettino and Klopp have engineered improvement in attackers they have inherited and recruited for what now look bargain prices. They had invested more in individuals at the other end even before the Liverpool manager made Alisson, albeit briefly, the world’s most expensive goalkeeper.

The £75 million Virgil van Dijk and the £40m Davinson Sanchez could face off on Saturday. In their own way, they are extraordinary outliers. The Dutchman was almost four times as expensive as Liverpool’s previous costliest centre-back, Dejan Lovren; the Colombian’s price was almost four times as much as Toby Alderweireld’s, Spurs’ previous biggest buy at that position.

Their prices are explained to some extent by the scarcity of players who fit their managers’ demands and the knock-on effect for the laws of supply and demand. Their significance lies not just in who they are but what they represent. In Sanchez’s case, it was a continuing commitment to frugality. Pochettino transformed Tottenham’s defensive record, from conceding more goals than relegated Hull in 2014-15 to the joint-fewest in 2015-16, by introducing Alderweireld to partner Jan Vertonghen.

Tottenham also highlighted the need for the dramatic improvement that Van Dijk brought Liverpool. Since Spurs’ 4-1 demolition of Klopp’s side 10 months ago, the Merseysiders have only conceded 23 goals in 33 league games and only 11 in 18 when Van Dijk has featured.

It is a sign of his impact. It has been indirect as a defensive leader and commanding character’s capacity to make Lovren and Joe Gomez play better. A difference is that Van Dijk is preeminent among Liverpool’s centre-backs and guaranteed to start this weekend whereas Sanchez, who was benched at Old Trafford, is not. The 22-year-old represents the long-term option but there is a case for saying the Belgians Alderweireld and Jan Vertonghen are better players at present.

But each player’s greatest asset indicates his importance in likeminded thinkers’ distinct style of play. Devotees of the pressing game such as Klopp and Pochettino believe attackers are the first form of defence, winning the ball back high up the pitch. Defenders form the first form of attack so Van Dijk’s pass completion rate, hovering right around the 90 percent mark in the league, shows what a constructive defender he is.

Klopp and Pochettino look for players who are midfielders on the ball and athletes off of it. High defensive lines require players capable of defending one on one and winning a sprint; Sanchez’s recovery pace can get him out of trouble. Each has to be mobile enough to cover the space behind him and to the side when attacking full-backs advance: those accustomed to defending in compact, deep back fours need not apply.

The rarity of those with that skill set pushes the prices up. The reality is that the demands disqualify many a fine defender. Perhaps Sami Hyypia, one of Liverpool’s finest this millennium, would have been a misfit for Klopp, though he suited the low or medium blocks Gerard Houllier and Rafa Benitez adopted. One of Pochettino’s first acts at White Hart Lane was to discard Michael Dawson, a fine servant but another not blessed with pace.

All of which has been understandably overshadowed. Klopp and Pochettino may be seen as attacking alchemists. While the dearer Lucas Moura was instrumental in Spurs’ win at Old Trafford, the pivotal positive trio in Pochettino’s time has been Kane, Dele Alli and Christian Eriksen, whose combined cost came in at under £18m. Their Liverpool equivalents, Salah, Sadio Mane and Roberto Firmino, came for around £100m, a sum that would be insufficient to buy the Egyptian alone now. Klopp and Pochettino can argue that in discovering cheaper talent in attack they have created the funds to pay heavily for defenders.

Perhaps that prioritisation takes them back to their playing days, long before they were a byword for enterprising attacking. Pochettino was a high-class centre-back and Klopp a lower-league striker who became a jobbing defender. Yet perhaps it is a sign men with very modern styles of play are in step with the times. Maurizio Sarri and Chelsea’s record signing is a goalkeeper, Kepa Arrizabalaga. Four of Pep Guardiola’s five largest at Manchester City were are defenders. When ambitious styles of play add extra demands to the defender’s duties, perhaps it is unsurprising Klopp and Pochettino have valued them highly enough to make them their biggest buys.